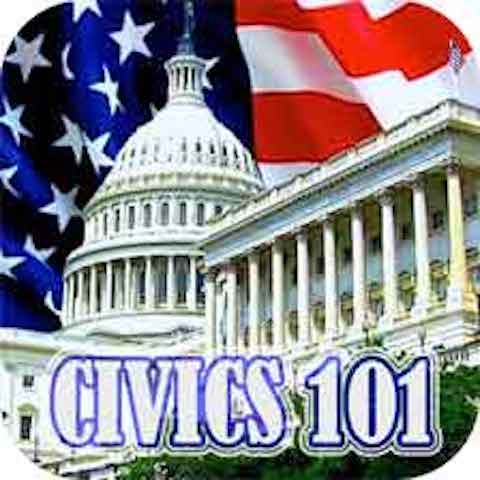 I recently wrote an article about gun control and the 2nd Amendment. In it I discussed my belief that the Founding Fathers’ original intent behind the right to bear arms was to prevent government from overreaching its bounds. Their reasoning being that it is much more difficult to subdue and repress an armed populace than an unarmed populace. This raises an interesting contemporary question: What circumstances would dictate the use of arms to defend our rights and what form should that resistance take?

On Monday, a Democratic Congressman from Long Island implied that people should take up arms against President Trump. The rationale behind this thinking was that Trump should be forced to follow the Constitution.

That is not what the Founding Fathers had in mind. I cannot imagine Benjamin Franklin and Thomas Jefferson seeing political assassination as a valid means to ensure that the will of the people is carried out. I’m not a history expert, but at no time do I ever recall reading any event where American Colonists called for the assassination of King George III of Great Britain. Perhaps my view of the Revolutionary War is too simplistic, but the Colonists were not the aggressors. They were an organized group led by the finest intellectual minds of that era. Great Britain tried to maintain control over the colonists and the colonists rebelled. It was a matter of fighting for their right to self-determination. Americans wanted the freedom to make their own decisions and live their lives the way they saw fit, without interference from external sources, namely a monarch who had unilateral power to impose his will on them. A war was fought and independence was won.

George Washington was the general who defeated the British on the battlefield, but perhaps his greatest contribution to America was the manner in which he defined the Presidency. Despite having just cast off an oppressive monarch, there were those who felt Washington should be America’s first king. How quickly people forget! Fortunately for all of us, Washington declined taking on such a foolhardy title. Instead, he established many precedents for the holder of the nation’s highest office: President of the United States. Amongst such precedents was the refusal to act as dictator and willingness to give up the office peaceably to his successor.

Washington’s successors have varied in both performance, beliefs, ideals, and power. Some Presidents have been satisfied to do their job while others have greatly overstepped their bounds and have acted in ways never intended by the Founders. The current political landscape as well as its depiction by MSM lean towards the viewpoint that the Presidency and the person who holds wields enormous power. At the same time Congress is utterly ineffective. This is both disturbing and highly confusing.

The President is NOT responsible for defining new laws. It makes no sense for a Congressman to deem Trump’s views and actions in regards to the Second Amendment as unconstitutional. What is Trump doing in violation of the Constitution’s Second Amendment? If he ordered the military to disarm the general public, then we have a serious problem. Otherwise, it is my assumption that level heads will prevail. If Trump or any President violates the Constitution in an extremely egregious manner, then one can only hope that: a) That person is defeated in the next election or b) That person is properly impeached and removed from office per procedures defined by the Constitution.

It seems like every time a tragic mass shooting happens, MSM and others act as though it’s Trump’s fault for not enacting stricter gun controls. Wait a minute! Am I missing something? Has Congress passed an Amendment to the Constitution granting the President authority to enact laws unilaterally? Sure, it could be argued one of the President’s jobs is to encourage Congress to initiate new legislation addressing the public interest and safety…especially if Congress is ineffective. The President is Head of State and as such is the leader of the Country. Presidential sponsorship and even assistance in helping Congress draft new bills could be defined as proper leadership activities. Assuming they don’t overstep their bounds and resort to bullying Congress. Of course, there is nothing that says a President has to have any involvement in drafting new laws. They could simply limit their involvement to their specifically defined duties which is to either sign a bill into law or veto a bill. Congress always has the power to override the veto. Granting the Presidency lawmaking powers is very dangerous.

It seems to me that all the anger over too much or too little gun control legislation should be an issue addressed t Congress, who passes laws, not the President, whose job is to enforce the laws. Whatever your stance, hold Congress, not the President accountable. If both Houses of Congress pass a bill and send it to Trump, that is the point at which people can call on the President to act. Once the final decision is in the President’s hands, it would make sense to protest the White House one way or another. Otherwise exactly what kind of system do Americans want? A dictator?

Take a minute and think about it. If you agreed with all the Executive Orders Obama signed, then you would hate the ones Trump has signed and vice-versa. Most of Trump’s executive orders have reversed Obama’s executive orders. Meanwhile, Congress does nothing. At this rate no one wins. Assuming the Presidency continues to switch between Democrats and Republicans, half the population will be happy every 4 to 8 years while the other half will be miserable. The implications are not good. Do we really want our laws redefined every time a new President takes office? Won’t that create instability?

I don’t agree with Trump on everything. I don’t think teachers should be required to carry firearms. Personality types that like jobs requiring weapons don’t tend to gravitate towards the education field, but at least Trump came up with something which is better than Congress. GOP leadership in Congress doesn’t do much to help Trump…a person who was legitimately elected President. Trump did it on his own. It wasn’t the Russians, Facebook, and tons of shady people in concert with the Trump Campaign. Trying to find excuses for Clinton is a waste of time. She lost. Why? Because for all the negative things said about Trump, it didn’t change the fact that Clinton was a terrible candidate. No conspiracy.

The truly scary thing about Trump’s Presidency is the audacity of his opponents. The Mueller investigation, rumors of affairs, nonstop MSM criticism, etc… are all designed to do one thing: Discredit Trump and overturn the results of an election and by extension the will of the people. If Trump actually violates his Oath of Office in a blatant and obvious manner, impeachment is the proper step. Blind hatred and witch hunts however, are not legitimate means to change history. Neither is an assassin’s bullet. One bullet can change the course of history. We all still wonder about JFK. What would the 60’s have been like had he, not LBJ, been President? Moreover, was it the act of a lone nut? Who knows? All that is known is that JFK had plenty of enemies. So does Trump.

I don’t know what kind of situation would justify the use of firearms to defend our rights as Americans. It’s probably something we wouldn’t know until we saw it, but the closer we get to condoning the overthrow of a legitimately elected President by violent means or not, the closer we get to that scenario.

Schools Are Not Parents (and Neither is the Government)