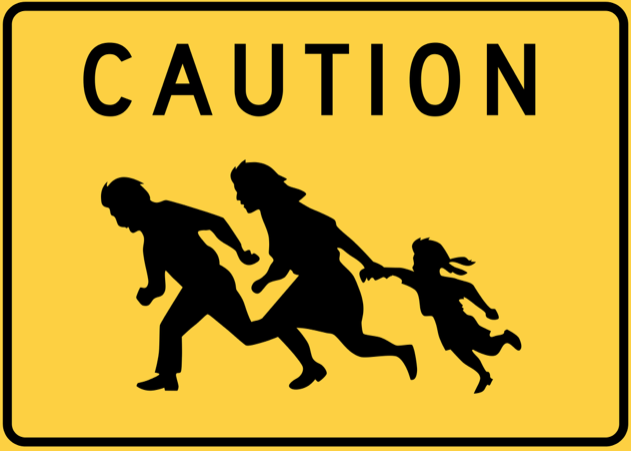 There seems to be a dearth of “news” coming from the conservative side of things relating to immigration this week. The closest thing to an objective review of what is being discussed in the Senate is outlined by the Washington Examiner, but the left is all abuzz with complaints about the offerings coming from the GOP and how Senate President Mitch McConnell is demanding the negotiations be wrapped up by the end of this week.

Seriously, are we really thinking that there is anything new to be offered regarding immigration reform? The entire discussion is being sidetracked by pure obstructionism on the Democrat side of the aisle. No matter what form the “four-pillar” framework outlined by President Trump last week takes, the Democrats refuse to even consider anything close. The Graham-Grassley proposal conveniently puts the demolition derby to two of the four specific requirements set by the White House: Path to Citizenship, $25 Billion for the wall, reduction of chain migration to immediate family, and elimination of the Visa Lottery. The latter two may seem like the lesser of the concerns, but they represent the first effort to reign in what has become out-of-control legal immigration – a problem that is rapidly becoming as much of a concern to the American Dream as illegal border-crossings.

So, where is this headed? Graham-Grassley lops off the chain-migration and visa lottery and narrows it down to DACA and the border wall. The major problem with this approach is that we can all kiss the other two pillars good-by until the day the Senate has a GOP super-majority. The Democrats will have all the leverage again because we have little else to offer but to allow a few more million illegals to become citizens which is really the entirety of Democrat goals in this fight. More conversion of illegals to citizens is what this is about…Democrat votes. Even if they get two-thirds of these new citizens to vote Democrat, they win virtually any national election for the next 20 years.

Meanwhile, Arizona Senator John McCain and one of his Democrat buddies comes up with a real beauty of a can of worms. Their very un-helpful submission is a monstrosity that would provide the coveted “path to citizenship” to over three million illegal immigrants in exchange for – ready for this? – three billion dollars in border security funding. With sincere wishes for his physical well-being, Senator McCain’s current health issues may be impacting his reasoning powers more than one would think. There is no reasoning visible here.

President Trump was very clear in his State of the Union address that he would be happy to provide for the DACA people if, or when, a bill comes to his desk that includes the other three issues mentioned above. Even if one assumes that he is using his negotiating skills knowing that not everything he’s “demanding” will be included in the final bill, one can hardly expect him to settle for a “half-baked” law with two legs instead of four.

Instead, perhaps the gang on the left side of the political spectrum should be looking at what is available to them if they’d simply get off the dogma and join the negotiations in earnest. They are getting a million new voters – their true goal. By their own statements over the past four years they know that the southern border is totally inadequate in its ability to seriously restrict illegal entries, and the other two pillars have no place in an orderly system of immigration when so many of the pressures from immigrants are from countries that are highly unstable and cannot provide the necessary documentation to allow proper vetting of applicants to ensure that the American people are protected from infiltration by terrorists, criminals, and welfare leeches – yes, the ones clamoring to leave their “S—hole countries.

The bottom line should be reasonable (a few tweaks of the Trump Plan):

– A future path to citizenship to DACA-qualified immigrants (including the President’s qualifiers of no
criminal record, military service or employed and self-sufficient)

– $25 Billion in border security funding (about a quarter of what illegal aliens cost the country per year).

– Chain migration limited to immediate family AND additional relatives ONLY if they can be properly
vetted and meet the same criteria required of the DACA recipients themselves (see above).

– Elimination of the VISA Lottery for countries that cannot provide the necessary documentation with
which to vet applicants, and UNLESS a sponsor within the United States is willing to guarantee the
financial independence of the immigrant.

The last element of this list should not be such a difficult obstacle to overcome. Every American citizen who meets a citizen of a foreign country and falls in love with them, marries them and wishes to bring their bride or groom to America is required to sign such a guarantee of financial support for their spouse (in addition to serious vetting).

With the plethora of NGOs across America vehemently advocating for any of a variety of nationalities or ethnic groups, providing support for their favored applicants should not be considered extreme. It is certainly time for the tax-paying members of American society to gain some relief from supporting the countless numbers of indigent immigrants and refugees that have flooded our country since 1980.

There is only one thing standing in the way of succeeding in turning the tide on out-of-control immigration, and that one thing is leftist Democrat intransigence. The American people need to remember this in November. Who are the true obstructionists in Congress? Those that continue to have the desire to “Fundamentally Transform the United States of America.” Those and a few “Flakes.”

Edwin Covington: Let Your Next Step Be Your Best Step