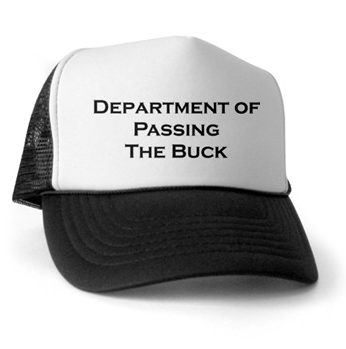 The left, as would be expected, has done nothing but make itself look stupid in the eyes of anyone with half a brain and willing to use it. Some leftists may have half of a brain, but few ever expend the effort to use it for anything useful.

The point of contention is the widely expressed position that Donald Trump “caused this shooting” in Florida because he signed an executive order that revoked an Obama era policy that prevented the mentally ill from purchasing firearms.

NOTHING could be further from reality than that!

What Donald Trump did…in precisely the same fashion as he did with the DACA rule that Obama created without any constitutional authority. Not only that, but the executive order only affected about 4000 people, veterans no less, that were being illegally added to the NICS database as “ineligible to purchase a firearm” on the basis of medical treatment for PTSD or other emotional stress-related issues. The illegal aspect of this is two-fold:

First, the Obama executive order permitted VA and ATF bureaucrats to determine – without any opportunity for the subject of the action to exercise any sort of due process – that a person should be denied a basic civil right. This is contrary to bother the constitution and the specific provisions of the Brady Bill and amendments thereto that set up the database. That law requires adjudication by a court of law before someone’s rights to purchase is denied. If you don’t think that is how it should be, get the law changed. That would also mean that the new law would still have to comport with the 2nd Amendment and the requirements for due process – an opportunity to defend oneself.

Secondly, because there was no such provision in the law, President Obama had no right to effectively change the law without a bill from Congress. Again, in the same manner, Obama altered immigration laws by executing the DACA action making that action illegal as well. All President Trump did by revoking this executive order was correct an illegal action and return the issue to Congress where it belongs.

So, in a nutshell, President Trump did nothing related to the process connected to the purchase of firearms that would have made one hill of beans worth of different in the Florida school shooting. By the same token, our President did nothing that created the DACA problem. President Obama violated the law to create the problem. President Trump brought us back to the rule of law. I, for one, congratulate him for honoring his oath of office. May he continue likewise.

Hate Fanaticism Could Destroy Our Nation