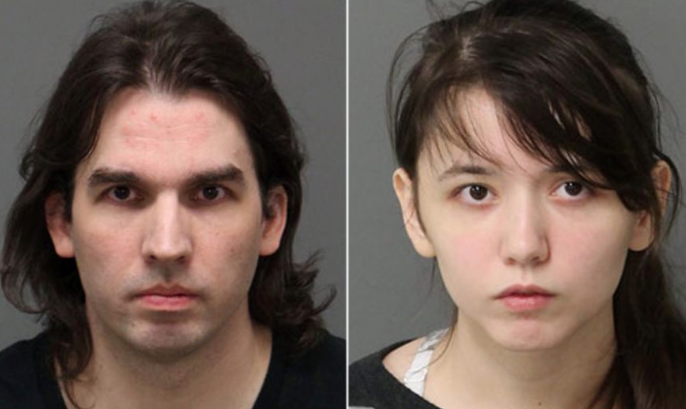 Steven and Katie are in love, and, as we have been indoctrinated to accept by our Social Justice betters over the past decade, “Love is Love” and we are not to judge. Steven and Katie’s romance followed the now common route of a marriage this past July followed by the birth of their firstborn child this past September. But then their love story took another turn. This January, Steven and Katie were arrested and jailed. And only because of their love.

So where is the ACLU? Where are the “Equality” advocates who we would expect to speak out against this puritanical overreach? It seems there is no one to demand justice for these two victims of “love”. Well, that’s because it’s kind of complicated. You see, Steven is Katie’s biological father, and, therefore, both the father and grandfather of their newborn child. This makes Steven and Katie practitioners of incest, one of the few truly remaining “loves” that dare not speak its name.

Note: This is in NO WAY a defense of incestuous relationships. It is only an attempt to show that the irrational and emotional excuses used by Progressives to argue that traditional marriage and societal standards for loving relationships are outdated and need to be altered and eradicated in order to institute gay marriage are equally applicable to incestuous marriage between two consenting adults. Once we have eliminated a Biblical standard, then literally anything is allowable.

That incestuous relationships between consenting adults is still considered indefensible is proof of Progressive hypocrisy and evidence of their inability to follow their own so-called rules and standards. Otherwise they would use the same arguments they did to rationalize and justify the institution of gay marriage such as:

Despite the arguments in favor of gay marriage which are easily interchangeable with incestuous marriage, the latter arrangement has failed to failed to societal support for one sole reason: Natural sociobiological aversion, or, what is more commonly known as the “Ick Factor.” Just the thought of such relationships seem to produce an unconscious shudder and nauseating feeling of loathing in the overwhelming majority of society. But, so too, did other forms of nontraditional heterosexual relationships until fairly recent times. Perhaps Steven and Katie should label those opposed to their love as “intolerant” or “haters” or “Incesto-phobes” in order to help win their battle for equality.

One thing is certain, in the coming years, as society’s traditional foundations continue to be undermined and the barriers of taboo are removed, such relationships as Steven and Katie’s may very well become just as celebrated and legally “equal” as others. There is no longer an accepted standard of morality on which we as a nation base our views. In fact, probably the only thing holding back the acceptance of such “love” is that no politician is courting the Incest vote and no business is advertising to appeal to the incestuous couple’s purchasing power.