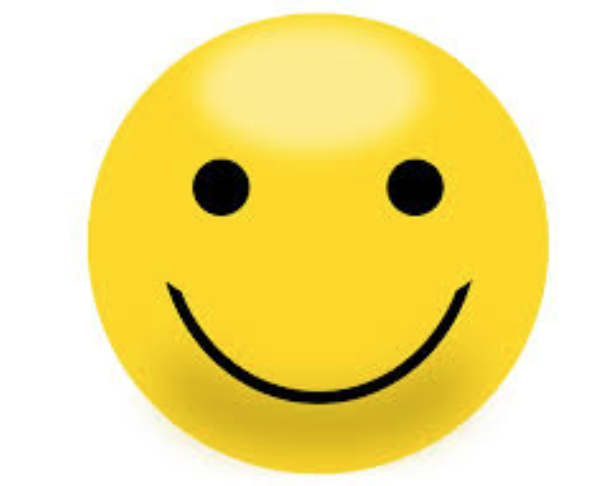 I was born and raised in New York, specifically: I was born in Brooklyn, raised in Queens (around the corner from Donald Trump, but that’s another story) and spent 37 years in the town where F. Scott Fitzgerald wrote The Great Gatsby — not exactly the mean streets. Not counting about ten years of intervals, I spent almost 60 years living New York until moving away about five years ago.

New York is a scary place on a few levels. However, for me, the most oppressive aspect of New York City — Manhattan — is psychological. I read a treatise somewhere in which the author posited that New York erodes the egos of ordinary people. The combination of huge buildings that dwarf the passerby, the loss of sunlight incident to the height of those buildings and the crowds that surround pedestrians at street level, results in a depression of the spirit that causes mere mortals to erect defenses. That is why New Yorkers have a reputation for rudeness, unfriendliness and surliness. According to the author of the treatise, they erect unseen walls around themselves to protect what remains of their egos. They close themselves in to shut out the overwhelming scale of the city in which they live and work. This was the universe in which I lived. I was a New Yorker. When I walked down the street, I also deliberately avoided seeing people around me. I had erected my own private citadel to protect myself from the outside world.

When we moved to Charleston about five years ago, I didn’t know what hit me. I remember walking down King Street shortly after our arrival when a complete stranger smiled at me and said “Good morning!” as he passed me in the street.

I didn’t know what to do. What the hell did this guy want from me? Believe me, it was disconcerting.

Later, I was walking down one of the aisles at my local Publix supermarket when a fellow shopper smiled at me … full on. Not a shy smile, but a real, teeth showing, cheek wrinkling … smile. During the next couple of weeks this phenomenon was repeated too many times to count. Wherever I was, people would smile at me as they were looking me right in the face — not averting their eyes, but right in the face. I gradually relaxed. I came to realize that these folks weren’t trying to get something over on me. They weren’t trying to take advantage of me or weaken my defenses. They just liked smiling.

Gradually, I started to smile back. Then (incredibly), I started to be the “smilOR,” not the “smilEE.” I initiated the smile. It was a revelation. I started feeling really good.

My pal John Ford Coley says that there is a scientific reason for the fact that smiling actually improves one’s mood. He says that scientists have demonstrated that when you smile, it somehow stimulates the thymus gland that secretes some enzyme or other that makes you feel well disposed to the universe (John reads this type of stuff. It makes him smile). I have found that since moving to Charleston, my thymus has been in overdrive. I smile at everything and everyone.

True, on Sundays, it is what I am supposed to do. I walk from table to table at Hyman’s Seafood Restaurant (in my humble opinion, the finest, most popular and most enjoyable restaurant in Charleston … just sayin.’) and I greet the customers with a smile and a few words of welcome. The fact is that even I, professional that I am, do not always feel like smiling on a Sunday. However, before I approach my first table of the day, I make sure that there is a smile on my face. Sure enough, the smile stays there voluntarily for the rest of the day. Once it gets started, it remains permanent. It really works.

I have not let this piece of wisdom go to waste. I employ it for my own enjoyment. To wit: When I go back to New York, I like to walk down the street smiling at passersby and saying “hello” or “good morning” or “what a nice hat” to strangers. Their responses are nothing less than hilarious. The most common reaction is a look of startled fear in the eyes, followed by quickly looking away at anything as long as it isn’t me. When it is a woman, it is usually coupled with a clutching of her handbag, tucking it in tightly to her body as she rushes past me. Some men appear concerned that I am deranged and on the verge of serious mayhem. This exercise in smiling at people in New York invariably causes me to chuckle or to sometimes laugh outright, which only causes greater concern in those who witness it. Despite my “provocation,” however, the constant chivvying of New Yorkers by their mayor that “if you see something, say something,” results in them neither seeing anything nor saying anything. They just look away … without smiling.

My experience with the viral custom of smiling in Charleston has given me a new outlook on the psychology of New Yorkers. I no longer view them as rude, unfriendly and surly. Rather, I feel sorry for them as people who do whatever they possibly can to preserve their privacy. At Hymans, I can usually identify a New Yorker immediately as I approach a table, even before he or she says the first word. I smile and say “Hi! Welcome to Hyman’s.” The result is usually a look of distrust, accompanied by a monosyllabic unintelligible sound and a distinct refusal to actually look at me. The last thing that I want to do is cause anyone discomfort while dining at Hyman’s, so I simply say that it is a pleasure to welcome them and I walk away. Later, after they have eaten, I will approach them again and the results are usually equivalent to the difference between night and day. I will smile at them and they will smile back. I will ask them how they enjoyed their food and they will usually reply in superlatives.

I don’t think that the difference is caused by the fact that they are no longer hungry. No, I think that they have gradually accustomed themselves to the friendliness of their surroundings and the fact that no one is pestering them for anything or responding to them with anything other than a smile. I am convinced that smiles are contagious, even to New Yorkers who have inoculated themselves against the idea of smiling back at strangers who smile at them.

Smiles are therapeutic. They have an enormously salutary effect on both the one who smiles and the one who receives the smile. (I am not necessarily talking about the smile that a guy in a bar might get in return from a particularly attractive woman at whom he has smiled. No, that smile may indeed have rewards … and consequences. But those smiles are separate and apart from the category of smiles that it is the subject of this essay.) I am talking about friendly smiles that are freely offered for no other purpose than eliciting a smile in return. That is the kind of smiling that is practiced in abundance on the streets of Charleston. The kind of smiles that have earned Charleston the sobriquet “friendliest city in the United States” for 17 years in a row. These kinds of smiles and that kind of smiling has no downside. It is one of the few things that we can do that produce nothing but good.

Try it. Get your thymus working! It needs exercise.

(Originally published in the Charleston Mercury)

Daniel Greenfield: From Farrakhan With Love