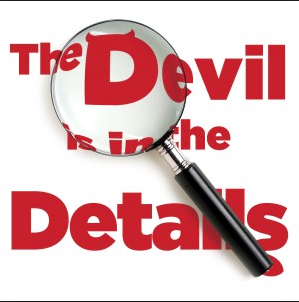 Freedom of speech is sacred to Americans. We have fought and died for this God-given right over the course of centuries. Just as important as being able to speak freely is our right to freedom of religion, the liberty to worship as we choose, or in some cases, not choose. Drive through any city of any size in America and you will find as diverse a population of religions as there are Americans who practice them. There are Christians, Jews, Muslims, Hindus, Buddhists, Sikhs, even Pagans and Wiccans and yes, Satanists. It is what sets us apart and makes us great.

We sometimes forget however, that this right given us by our Creator, which ever Creator you worship extends indeed to all. Recently, the Missouri Supreme Court heard the case of a woman being called “Mary Doe”. “Mary Doe” is a Satanist, but that is not what is at issue here. In 2015, Mary discovered she was pregnant and decided, as is her right to terminate her pregnancy. That is also not what is at issue here.

What is at issue here is the current Missouri abortion law. Under State law, there is a mandatory 72 hour waiting period before an abortion can be performed. The opportunity for the woman to view an ultrasound or listen to the heartbeat of the fetus is given to her. She can accept or decline that opportunity. Thirdly, there is an affidavit that requires a signature stating that the woman has read a brochure given to her that states that life begins at conception.

This could be viewed by some as a powerful means of possibly persuading someone in a very emotional situation to change any decision that has already been made. In “Mary Doe’s” case, she says that these points of the law violate her religious beliefs. As a practicing Satanist, if that is in fact what they call themselves, Mary Doe does not believe that life begins at conception. As an American citizen, she has the right to believe that. She believes that she is carrying “tissue” that she would like removed. Many people will think this an abhorrent notion, that Satanism itself is an evil abhorrent practice. They may not even consider it a real religion. But then who gets to determine what constitutes a “real religion”?

The question here is not about whether you agree or disagree with abortion. It is not about whether or not you agree with “Mary Doe’s” choice of religion or her religious beliefs. What is the question is, do the religious beliefs of “Mary Doe” and others like her get defended as vigorously as someone who belongs to what would be considered a mainstream religion, and if not why?

People from many different religious backgrounds in recent years have defended the rights of Christian bakeries when they were forced to bake wedding cakes for gay marriage ceremonies, a practice that does not fall in accordance with their religious beliefs, and they should be defended. But is there a point where we yell and scream about our own religious freedoms, but when it comes to someone else’s, especially someone whose beliefs we consider wacky or dark, we stop short and say, “Yes religious freedom for all, but I didn’t mean you”?

Is the State engaged in proselytizing by forcing someone who is not a believer in a Judeo-Christian religion to adhere to this law? John Sauer, the State’s Attorney says that this is nothing more than informed consent, and that the unofficial stance by the State that life begins at conception is not religious but philosophical. He says that the State is not attempting to change her beliefs. But let’s face it a lot of religious doctrine is based, however loosely, on philosophy.

This is the first case of its kind to reach a State Supreme Court. There is no word on when the Court will issue a ruling. Depending on the Court’s ruling, could this go all the way to the Supreme Court? Would they even agree to hear the case? Time will tell.

Sometimes freedom and liberty are messy things. Is it our duty to wade through the mess and ensure that all Americans enjoy the rights granted them? Yes it is. Next time it could be you.

*Some information for this article provided by the Kansas City Star

The #MeToo Campaign and Its War on Our Due Process Rights

Daniel Greenfield: The Steele Dossier and the Clinton Scandal Machine