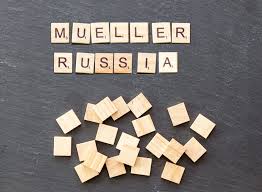 Robert Mueller’s Special Consul has made the announcement that it is charging 13 Russian nationals for “offenses related to the 2016 U.S. Presidential election”.

Oh my, this sounds serious. Did they hack computers? Change vote tallies? Meet with Trump or his campaign?

Then what DID they do???

So…seriously? After a year and a half, THIS is the best the Mueller team has come up with??? This is pathetic and laughable at the same time. But wait, it gets better:

The Russians also posted ads on social media. Here are some highlights:

“I say no to Hillary Clinton/I say No to manipulation”

“Donald wants to defeat terrorism…Hillary wants to sponsor it”

“Among all the candidates Donald Trump is the one and only one who can defend the police from terrorists” (I would have used the word “will”).

It sounds to me like pretty solid truth in advertising. What is incorrect about any of those slogans?

I feel like I am reading an SNL script! I am not making any of this up.

So basically the Mueller team has uncovered something that we pretty much know has been going on for most all of our lives. The money on this investigation has been so well spent. And still absolutely no evidence of Trump/Russia collusion (hint: because there isn’t any!)

Maybe it would be more cost-productive to investigate President Obama’s attempt to interfere in the Israeli elections and the UK Brexit vote.

I am tired of having my intelligence insulted by this investigation and the media’s juvenile reporting on it.