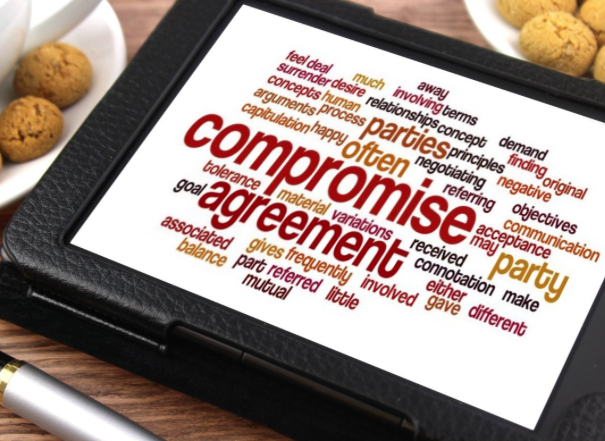 This morning I read a Facebook post from a friend that laments the current state of public discourse regarding so many of the challenges facing our country and suggesting that if everyone would spend more time listening to each other, a “middle ground” could be found that would resolve the issue at hand. Unfortunately, I am not certain that this is any longer possible for a few reasons offered below.

I offer this response as a statement of faith, beliefs, and concern for our future. Compromise and listening must come from both viewpoints in any disagreement. Without it, one party or the other is beating their head against the wall. But here is that which we face in coming days…

In so many of today’s disagreements in the political arena, the reason things have become so polarized is because they all come down to the ultimate choice of freedom or tyranny.

This is not always obvious at first, but when those on the left want re-distribution of wealth, want to alter the intent of the constitution when it comes to freedom of speech and religion and gun ownership or due process, when government is the only answer to all the problems and individual responsibility cannot even be wedged into the conversation without being called racist or sexist or homophobic or xenophobic, and when speakers are denied the ability to speak at a college or university because their beliefs do not jibe with those of the left, then where can the “compromise” come from.

We have been a nation of laws for 230-odd years and the constitution has been the foundation of our laws. Compromise is only available when the right yields to the left. Law yields to “feelings” and “modern society” rather than the founding principles of our country. We can listen all we can, but the message has not changed.

This has been happening for 100 years. It is only because those who would change our country to one of socialism see their success just ahead if only they can convince the remnants of patriotic Americans to reject God and accept government as the supreme standard of right and wrong. I, for one, refuse to yield to it. I refuse to compromise with it and will die defending our founding principles that are based on the law, love of country, and love and fear of God.

We have been backed into a corner by previous compromises. There is no longer room for it. The line is drawn here and now. Those who would seek compromise with the disciples of the devil are blinded by a desire for peace at any cost. There are still some things worth fighting for. They brought the fight to us. The only question left is whether we will relinquish our right to worship God, and live out our faith in our communities, or whether we will remain silent and keep our faith hidden in the walls of our churches (until those, too, are deemed unacceptable). Will we relinquish our right to self-defense and defense against a tyrannical government run amok? Will we give up our freedom to achieve complete safety?

Progressives got their name to distinguish themselves from those who would change our country through violent revolution. Their choice was a slow but PROGRESSIVE altering of standards, beliefs, and customs over a long period of time. They are now growing impatient to finish their job to “fundamentally transform the United States of America.”

So, yes, things are getting testy between the two major factions. The unfortunate truth is that the left is a determined enemy…of God and anything decent that we recall. Until they are defeated, none of us can afford to rest or yield one inch if we are to see One Nation Under God prevail.

Something to think about, because the left is not listening to one thing we say, and we cannot always be the ones listening. What we hear coming from them is antithetical to our country’s survival as a free nation. I choose not to yield, but will speak out at any opportunity to aid the resistance to it.

Billy Graham’s Major Message To The World: "God Loves You."