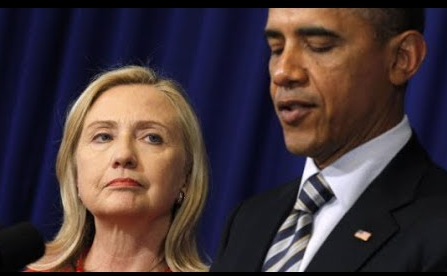 And now, the Congressional Oath of Office found in Title 5, Section 3331, of the United States Code: “I, AB, do solemnly swear (or affirm) that I will support and defend the Constitution of the United States against all enemies, foreign and domestic; that I will bear true faith and allegiance to the same; that I take this obligation freely, without any mental reservation or purpose of evasion, and that I will well and faithfully discharge the duties of the office on which I am about to enter. So help me God.”

Clearly acknowledging and committing specifically on a solemn promise from that date forward, to defend the law of the land, to protect it. Why? Because it is the Law of the land, the very thing that tells the Government what it CANNOT do to the American people. The same American People who are the Authority of our Republic, and whose authority the elected official is charged to protect.

And defend it from what? Well, the nature of the purpose of the Constitution is to tell the government what it cannot do to the people, the obvious is for the peoples’ elected officials to defend the Constitution itself from the government. To make sure the government body does not become corrupt, as to target against what the law of the land is set to protect. To debate against the belief that it is a living document meant to change with the times and transform into a socialist or a Marxist governing document. To defend the sovereign authority of the people, by maintaining the integrity of their shield, the Constitution. By doing this, the tyranny of government over the people is held at bay by limiting its size and power. This simple understanding seems forgotten by not only our elected officials, but also by we the people. We have stopped teaching civic classes as a premier part of our education system. This brings me to the third article I need to share to get to the point later, which is Article 6, Section 2 of the Constitution, known as the Supremacy Clause.  It reads: “This Constitution, and the Laws of the United States which shall be made in Pursuance thereof; and all Treaties made, or which shall be made, under the Authority of the United States, shall be the supreme Law of the Land; and the Judges in every State shall be bound thereby, anything in the Constitution or Laws of any State to the Contrary notwithstanding.”

I use these three very important texts directly from the Constitution, to be fresh as we cover the very, very, very serious attack on our Republic by trying to fundamentally change the way our government is supposed to operate and hiding it from We The People.

Here are the facts the Mueller investigations have uncovered, that both democrats and republicans know to be true, but the media and both parties seem to be more interested in either kicking the can down the road, or bringing up less important side tracking issues, to keep the American people distracted or even forget about the atrocities happening deep in our own government; things that make Nixon look like a grade-schooler who stole a piece of candy.

A corrupt oligarchy within the Obama administration, making unconstitutional decisions in direct opposition to the supreme law of the land. I said in December of 2017, that my wish is that our FBI cleans house, for which I was mocked by others here in town, as if though somehow I was dishonoring the FBI. The fact is, draining the swamp means going through all the bayous.

It’s a shame of what our Nation has turned away from. But the oath matters, and we should mandate our elected officials to have a yearly Constitutional refresher.

The government is not supposed to be able to FISA warrant its citizens. I cannot see any justification for it. Especially not to be used to knock off opposing political candidates. Its sad, and I am not going to stop fighting this fight. We have come to far to stop organizing. To stop protesting. We The People need to reach out to other like minded folks and continue this mission of the people. Don’t get distracted anymore, stand up, get engaged. Salute and “Charlie Mike” (Continue the Mission)