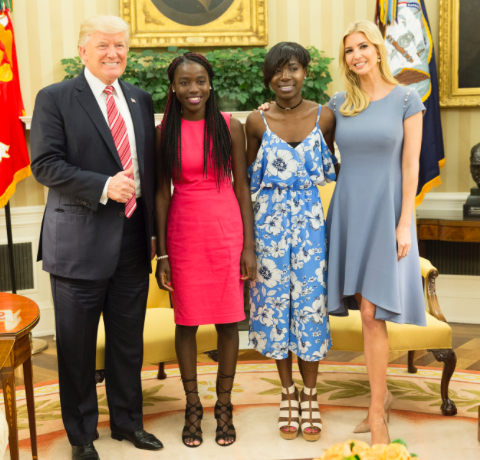 The first year with President Trump at the helm of America has resulted in a resurgence of interest in politics. His Tweets have resulted in more Americans being active in politics. This is not a bad thing. President Trump has altered the presidential communication process to meet the technological needs of all generations. Finally, the presidential candidate communicates with the population on their level. People now have a direct link to learn and agree or disagree with the conversations taking place in our government’s capitol. We are now in a different type of political system.

From this new communication process Voters have been exposed to a political world that inherently trusted men in Journalism, Hollywood and public figures. These men were delivering news stories via televisions in our living rooms; they were influencing our thought processes. Now that they are under scrutiny, the truth about their character has come to light which now bring their stories, opinions and thoughts into question. Has the truth ever been told.?

What has a different type of political system done for women?

There have been many positive aspects of the political system that have impacted women in the past year. Most likely, you will not hear about them from any media outlets. What follows are a few of my favorites:

If you are not making money from the Wall Street boom, you are doing something wrong with your finances and your life. American women have never been able to invest and make money as they do today under President Trump’s leadership.

Americans finally got tax reform after 30 years. It is disconcerting that the American people have paid Presidents and Congressional members for the past thirty years without tax reform.

Can President Trump take full credit for the decrease in unemployment rates? No. However, President Trump was able to give confidence to the American people and helped markets and organizations to stabilize. Trump also offers aggressive financial communication (in variety of outlets) and has and continues to have plans to remove regulations, discuss immigration, and create discussions about the North American Free Trade Agreement (NAFTA) and has no problem imposing tariffs. These conversations and actions create hope for the future and lead to excitement about the following issues:

Women are working. The unemployment rate is at a 17-year low for women.

African American unemployment is at a 45-year low.

Can this economic and employment boom last?

No. America goes through economic booms and busts. Enjoy the money-making and employment opportunities while they last.

The benefits of Executive Orders from President Trump for women are too many to list. However, below I have listed some items that are creating a future for all Americans.

EO 13822: Supporting Our Veterans During Their Transition From UnifRepublican Women vs. Democrat Womenormed Service to Civilian Life

EO 13813: Promoting Healthcare Choice and Competition Across the United States

What should be the focus of Congressional Members in 2018? There are varying opinions on focuses that will improve life for American women. My top favorite focus on our crushing national debt. Let’s face it: American children are broke. My pother concerns millions of American women are approaching retirement and will need Social Security and medical care. Lastly, term limits on Congressional Members will be the only process to eliminate the dysfunctional behavior and attitudes of many current leaders.

To eliminate any arguments about one of the issues on my list, Social Security and Medicare are not entitlement programs. Americans have paid for these systems to deliver benefits. The dysfunctional operation of Social Security can be directly attributed to all past Presidents and Congressional Member.

Unfortunately, I do not think American politicians (Republican or Democrat) will take on the real issues that face Americans because they are all afraid to lose their position in the next election. Re-election chances have become more important to them than American children and women. We can only hope the President Trump will continue to push for and create more positive results with and without Twitter communications. I prefer with Twitter!

What about the 2018 Election Cycle?

The chatter indicates that more women are thinking about running for office in 2018 within the Republican and Democrat parties. The 2018 election will have an abundance of women candidates making their perception of women issues a focus.

It is most likely that more undereducated politicians, regardless of gender, will not make a difference or create stability for Americans. The emotions of the American people now control elections and those emotions are easily preyed upon by candidates. I’ll bet that the candidates that win the vote of the American people will be will most likely fail due to ignorance of not understanding social issues vs. economic issues vs. national security issues.

Having dealt with the Republican Party leadership, I suspect that more Democrat women will win elections than Republican women. This fact can be attributed to the Republican ‘good ole boys’ system and their lack of knowledge and support for women candidates. The system is currently being run by The Republican National Committee (RNC) and led by Congressman Greg Walden of Oregon, and The National Republican Congressional Committee (RNCC) is operated and led by Rep. Steve Stivers of Ohio. Hopefully, these two gentlemen will gain some insight from real world experts to help support women candidates. It’s going to be a tough election cycle; I predict that many of the races that involve Democrat women will heavily focus on women’s issues highlighting the ‘Women’s Marches.’ Republican women candidates should focus on the real issues of the economy and national security for American children and their future.

What was the purpose of the latest ‘Women’s March?

Daniel Greenfield: Memo, Memo, Who's Got the Memo?

The #MeToo Campaign and Its War on Our Due Process Rights