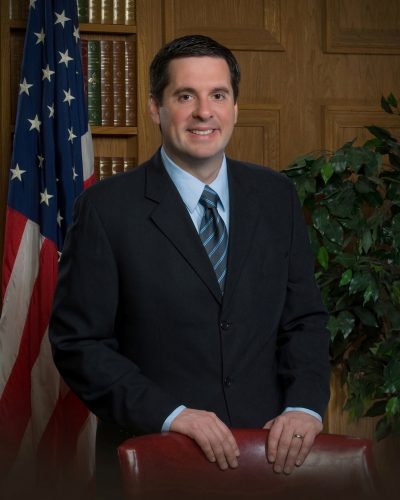 Friday the anticipated memo from chairman of the House Intelligence Committee, Congressman Devin Nunes was released. Here is a quick review of the memo:

First, the general timeline/outline of events:

Nunes then moves to the heart of the matter regarding the FISA applications:

“Our findings indicate that, as described below, material and relevant information was omitted”:

My goodness, it’s like a spider web of lies. So here we have top officials at the FBI and DOJ who used fraud and deceit to obtain permission to spy on someone in the Trump campaign. And not just once but FOUR times. Now, we don’t know if the dossier was used in the three FISA renewals; however, the fact that they never revealed the political nature of it is just as damning. It was a purposeful political attempt to interfere with the election – and afterwards to try and undermine the Trump presidency. Let’s not forget that it continued long after November 2016. If the original application was granted in October 2016, then it would have been renewed in January, April and July of 2017!

Btw, if the FISA court is supposed to deal with possible terrorists, why would a judge grant the application whether he knew about the political motivation of the dossier or not? It was obvious this was a request to spy on a Presidential campaign (which would have been political in nature would it not?).

Per usual the media is trying desperately to spin this. The vocabulary word of the week for the Media Borg is “nothing burger”:

Steve Schmidt: We remember the big nothing burger of Geraldo in Al Capone’s safe (or your contribution to the McCain campaign in 2008!)

Carol Costello: The memo, the memo, a great big nothing burger.

Ari Melber: Really just more of a nothing burger.

Fareed Zakaria: A nothing burger.

Jessica Tarlov: This memo as a nothing burger.

Alex Witt: It has been called a nothing burger.

Willie Geist: The technical term is a nothing burger.

Jen Psaki: It’s pretty much a nothing burger.

Mary Louise Kelly: Or is it a nothing burger?

David Brooks: I wouldn’t say it’s a nothing burger, more of a White Castle slider.

How would we survive without the wit and wisdom of David Brooks? It staggers the mind.

It is amazing the amount of group think that goes on in the media. Btw, if this is such a nothing burger, then why did the Democrats try so hard to keep it from being released?

Over at CNN, Wolf Blitzer was saying the Russians won:

“So, Putin has succeeded because that’s what’s happening right now,” he said. “The whole nature of the support for the intelligence community, the law enforcement community, the fighting that’s going on here in Washington, he’s sitting back and he’s smiling, saying, guys, good work. We succeeded.”

Isn’t it amazing how the Democrat’s best ally in the 1980’s has now become their enemy? They have become more obsessed about Russia than Joe McCarthy! But at least ol’ Wolf had an original thought, even if it was ridiculously silly.

Wolf also had on Phil Mudd, former CIA employee, who said: “The FBI people, I’m gonna tell you, are ticked! And they’re gonna be saying – I guarantee it – – “You think you can push us off this, because you can try and intimidate the director? You better think again, Mr. President! You’ve been around for 13 months. We’ve been around since 1908. I know how this game’s gonna be played. We’re gonna win.”

If that’s not politicization of the FBI to go after a President I don’t know what is. But I would remind Mr. Mudd that Trump DID win despite the FBI’s and the Clinton’s attempt to stop him from being elected.

“That’s it? Dishonest and misleading memo wrecked the House intel committee, destroyed trust with Intelligence Community, damaged relationship with FISA court, and inexcusably exposed classified investigation of an American citizen. For what? DOJ & FBI must keep doing their jobs.”

It is staggering how dishonest this man has been over the last 2 years. His office knew the dossier was false (as he testified in June 2017) yet he went forward with it anyway. He personally injected himself into the election of 2016 on several occasions and has done severe damage to the justice apparatus in this country. As someone once said of Joe McCarthy, “Do you have no sense of decency sir?”.

Finally, Trump has been totally vindicated. His campaign was indeed spied upon. Not one iota of the dossier has been proven to be true. No one in the Trump campaign has been charged with anything. And there has been no evidence that there was collusion between Trump and the Russians. In fact this memo indicates that if there was ANY collusion happening it was being done by the DNC and the Hillary Clinton campaign in conjunction with the FBI and DOJ. Ted Kennedy would be proud!

All this makes me wonder if this is the tip of the iceberg or is there a lot more to come? Devin Nunes was interviewed on the Rush Limbaugh show today and indicated that this was just phase one. Next they will be looking into the State Department’s role in all of it.

Today the Senate Judiciary committee issued their own memo about a SECOND dossier that Christopher Steele wrote. Most of the names are currently redacted but a lot of the information dovetails with what the Nunes memo revealed — and then some. Bryon York has a piece on it here.

What shoe is going to drop next?!