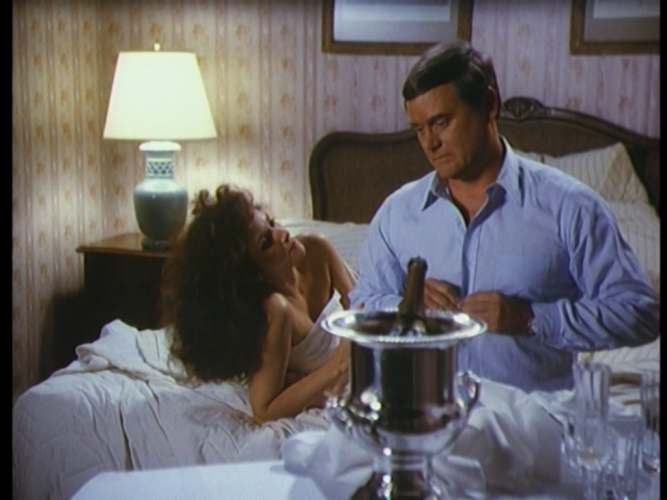 The Actor’s Union, Equity, is considering new guidelines which would ban acts such as nudity at auditions and sharing saliva or using tongues in kissing scenes. The proposals also suggest having an “intimacy director” on set.

Forgive me if I sound skeptical but I really wonder how this is going to be implemented.

I worked in this business for 50 years, from the 1950’s-2010 and basically as an actor, you just made a decision as to what you would do or not do, ask for a closed set if there was a love scene involved and you dealt with it like an adult. I never once had an issue with any actor or director “making” me do anything I didn’t agree to. If it was something I didn’t feel comfortable with, I didn’t do it. Period, end of story. I remember many times being cast in a film or tv show, showing up to work the first day and meeting (for the first time), a man I was going to be in bed with all day!  After a polite “Hello, nice to meet you”, you and your co-star would get ready to be made up and prepped for the scene.  Usually you, the actor and the director block out the scene for the camera and lighting departments, and at that time you are told not to cast shadows during a kiss and to be aware of where the camera is for your best angle.

Back before nudity on TV was commonplace, we also had to make sure that our flesh colored “coverings” stayed under cover.  Needless to say, there was a lot to think about and it was far from sexy.  Plus, you pretty much did this routine for a few hours so it also became pretty tedious.  I remember one morning while shooting “Dallas” having to do a love scene with Larry Hagman and for the life of us, we just couldn’t get the angles right.  He would shadow me, I would shadow him…take after take until we would both break into laughter at how “unsexy” it all was.  Oh sure, sometimes you work with a young actor who gets a little over zealous and that is when you lay down the law and tell him “exactly” where he can touch and where he can’t.  And, you tell him that if he oversteps the bounds, there would be hell to pay.  Same with the director.  He might want more, but you have every right to say “no” if you are uncomfortable.

Many actors use body doubles for the really radical stuff anyway and that is what these performers “do for a living”.  Body doubles make a good living taking over for the actor when just body parts or a bare back is showing during simulated sex.

There have been times in auditions when casting will ask you to make out with an actor. It’s easy to just say “no, sorry, not comfortable with that,  I will simulate it. You guys can use your imagination”. People in this industry will always try to push the envelope and try to intimidate you into doing things you don’t feel comfortable with and it is “your choice to do it or not”. No one is standing there with a gun to your head making you do it. And, if they threaten “you’ll never work for me again”, then say, “fine.” 90% of the time, their words mean nothing, and besides, why would you want to work with them anyway?

And as for an “intimacy director”? Why is it that we now need the sex police to monitor us in a freaking audition? Are we just fragile little children who need constant protection? Where is the empowerment that all of these women are screaming for? All they need to do is take a stand and demand respect!

I think this is more a “c-y-a” move to avoid lawsuits than anything else.  It will certainly be interesting to see if this really gets implemented, because I remember distinctly when a young actress working with me on a mini-series got so frustrated with her “pasties” because they kept falling off, that she just flung them at the director and said, “I can’t wear these things and act!”

Ah, Hollywood.  You gotta love it!