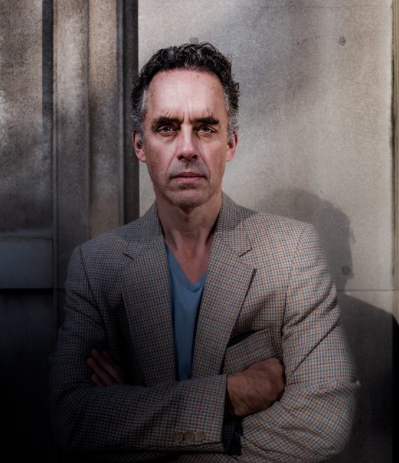 While church attendance, especially among younger Americans, continues to rapidly decline, and megachurches have arisen in response to entice the youth to show up for the entertaining music and a watered-down, feel-good, easy-believism Sunday morning pep talk, there is a psychology professor in Toronto, Canada, with a voice like Kermit the Frog who uses non-cool callouts such as “Bucko” while issuing mom-orders such as “Clean up your room,” who is selling out auditoriums to 18-30 year olds, including atheists, who pay $45 to hear him expound on the book of Genesis for up to 3 hours at a time.

How is this possible? And what should Conservative Christians learn from this guy?

Over the past year, Toronto Professor of Psychology Dr. Jordan Peterson has come to prominence due to a series of YouTube videos in which he takes on postmodernism in education and the public sphere, most notably against Canada’s Bill C 16 which requires the use of gender neutral pronouns. His speaking engagements have been greeted with virulent SJW protests, his TV interviews have gone viral and his Bible lecture series has been viewed more than a million times online.

Jordan Peterson seems the perfect prophet for a generation which finds itself in “such a time as this” when words have lost their meaning, history and traditions have lost their value, and for so many, life has lost its purpose. These areas were traditionally the province of Christianity under the vanguard of the local church which strengthened families, guided the education of younger generations, defined societal and social norms, and guarded against the encroachment of threatening elements which sought to undermine the successful western way of life.

As traditional Christianity’s influence has waned, the corresponding effects on society have been devastating. The breakdown of the family has wreaked havoc on every institution. More than 20 million children in America now live in fatherless homes. An ongoing Progressive war against children, particularly our boys, points to an even more dystopian existence for future generations. In response, the American church has turned to a more entertaining format to appeal to younger generations while watering down the less Progressively compatible passages of Scripture. This has resulted in a spirituality best summarized in the modern day catechism “Don’t judge – because God is Love.” This non-judging love is devoid of definite purpose, makes no specific demands, and actually aids the continuing moral decay of society.

Then along comes Jordan Peterson, uncompromisingly preaching the hard Truths based on human experience and beautifully expressed in Scripture, and young people, especially young men, are responding in droves. Though Dr. Peterson pays sincere homage to the incomparable person of Christ and the positive effect of Christianity, he himself is not a professed Christian, which makes his uncompromising stand for Truth even more incredible in the face of an unbelieving world and shaming to a self professed “moral majority” who seem to have lost their effectiveness. If Truth is “that which corresponds to reality and is really real,” and we accept the statements of Augustine, Aquinas, and Calvin that “All truth is from God; and consequently, if wicked men have said anything that is true and just, we ought not to reject it; for it has come from God,” then it is imperative that we examine Peterson’s teachings, its effects on our youth, and its potential to aid us in the ongoing political and cultural battle in which we are engaged. Dr. Peterson is, in essence, providing the Gateway to Christianity to a world full of Millennials who have rejected traditional routes.

Dr. Peterson describes his message as being those things you knew all along, but didn’t know you knew. His teachings are the ageless truths which used to be preached from our pulpits, championed in our society, and embodied in our citizens. Though he presents his Biblical series from a psychological rather than spiritual point of view, for the most part, they chime perfectly with the message of traditional Christianity.

Peterson begins with the Christian concept of original sin. Though we were created in the image of God, we have a sin nature with which we are constantly at war. To realize who you really are as a human being is to accept that you are not a good person, though this seems to be the default answer whenever anyone is asked about their spiritual state of being. In a smooth functioning capitalist society where all wants and needs are provided for, it is easy to see ourselves as noble individuals who would have heroically taken on Hitler and the Nazis singlehandedly. But just as Luke 16:10 states, “He that is faithful in that which is least is faithful also in much: and he that is unjust in the least is unjust also in much,” it is the daily implementation of the ‘little things’ such as honesty, humility, and bravery which reveal true character under times of trial. ‘There but for the grace of God’ we each have the potential to be a Hitler, Stalin, or Mao.

The next lesson is to realize and accept what life on earth entails. This is where Peterson’s philosophy takes a marked turn from the American Christian megachurch which preaches “Joy, Joy, Joy because God has a wonderful plan for your life.” Life is not about happiness or self-actualization. Life is suffering. The Christian life is a daily call to “Take up your cross.” Happiness is sometimes a lucky by-product of making right choices. But no matter the consequences, we have a responsibility to do what’s right in order to keep from adding to the misery which can make a hell on earth. 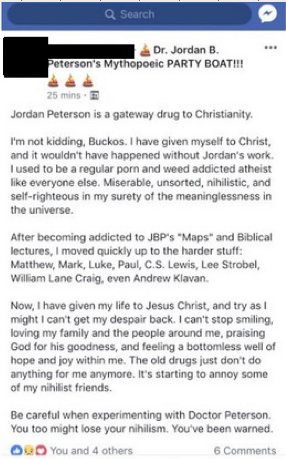 Next is to realize the importance of words. The most damning practice we can engage in is to lie. Lying not only demoralizes the individual, it undermines the foundations of society. Totalitarian regimes always begin with a move toward “politically correct” speech, which is really state sanctioned lying. Only words of Truth can set us free. This is why Christ Himself is called the “Logos” (“Word”) and provides the perfect example of living a life of Truth.

The final step calls for action in taking care of the little things before moving onto bigger things, or, as Peterson famously puts it, “Clean your room.” But this is much easier said than done, for, as the Proverb says, “… He that ruleth his own mind, is better than he that winneth a city. (Proverbs 16:32b GNV). And it is at this point where the transforming power of Christianity provides the strength to make all the difference. Even a secular society would be better served by following the 10 Commandments, but a sustaining transformation begins with an individual heart surrendered to God. Dr. Peterson’s success shows that today’s youth are hungry for an unwatered-down Truth which has stood the test of time, makes demands, and provides livable solutions. What Pastor or Youth Leader wouldn’t want to hear the following testimony posted online by a young man who was led from a life of nihilism to life in Christ through the timeless truths expounded by Jordan Peterson?

The Power of Smiles

Daniel Greenfield: Memo, Memo, Who's Got the Memo?