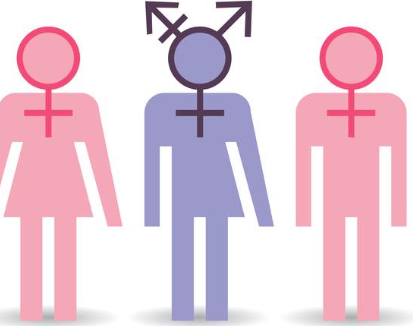 “Education has long been recognized as the great equalizer in America.”

This is how the 2011 Dear Colleague Letter issued by the Obama Department of Education began its announcement that the 1972 instituted Title IX program would be expanded to cover sexual harassment. But if education is the equalizer, what exactly does “equal” look like?

Most parents would likely assume education should result in an equalization of opportunities and desired outcomes based on curriculum, funding, resources, test results, and college or workforce readiness. However, in the Progressive designed world of American education, “equal” assumes an Orwellian definition where certain desired outcomes are more equal than others and none of them have to do with the traditional Three R’s. The more than 146,000 students enrolled in the 170 schools of the Charlotte Mecklenburg (CMS) school system are experiencing this firsthand.

On Tuesday, January 23, the Charlotte-Mecklenburg School Board voted 7- 2 to revise a multiculturalism policy to expand “the definition of diversity to include sexual orientation and gender identity/expression, along with such attributes as race, gender, national origin and religion” while strengthening “the mandate to “intentionally (incorporate) diversity throughout the curriculum, instruction, and professional development.”

And what will this diversity of equality mean for the students? Well, one thing to which the proponents have already openly conceded is that it means male students will be sharing the locker room, undressing and taking showers with their female classmates. After all, that’s equality, and if you are against it, you are just a racist homophobe that is against progress. As the Charlotte Observer May 13, 2017 editorial explains, “Yes, the thought of male genitalia in girls’ locker rooms – and vice versa – might be distressing to some. But the battle for equality has always been in part about overcoming discomfort – with blacks sharing facilities, with gays sharing marriage – then realizing that it was not nearly so awful as some people imagined.”

So how did a policy set in place 40 years ago ostensibly to establish equal opportunities for girls to participate in sports end up being the vehicle that will allow boys to share bathroom and shower facilities with their female classmates? Because that’s “progress” for Progressives and children are the vehicle to make that happen and Title IX was the Trojan Horse by which this utopian nightmare was smuggled into the classroom.

Parents and organizations who stand for traditional values find themselves fighting against a well-established hydra-like system that is supported by corporate money, favorable media, and an emotionally appealing message. Whenever one “head” is attacked, such as the policy change at the recent CMS Board Meeting, the other “heads” of the monster continue their work unabated. It is difficult to pinpoint the responsible party of any particular policy and therefore, to apply the brakes. When confronted, the School Board will plead they are only following Court rulings and federal or state law. Organizations will argue they are only proposing policies to ensure student well-being. Businesses will declare they are only supporting the community. We must realize what we are up against, connect the dots, and formulate a plan to combat this movement.

While transgender rights may not have been a consideration of the original proponents of Title IX, there are individuals and organizations which have been working for decades to lay the groundwork to promote these ideas and push for these changes. Some of the main groups pushing the LGBTQ agenda in the CMS system are:

The Human Rights Campaign which is the head of the hydra and serves as an umbrella to connected LGBTQ specific organizations which have been created to address particular areas. This allows these groups to share resources and personnel, thereby appearing to have a larger membership and exert more influence. It’s much more intimidating for a school system or business to believe they are under attack by 3 different organizations than to realize it is basically just the same group under 3 different names. It’s like being confronted by the FBI, the DOJ, and the IRS, when they are all just extensions of the same Federal Government – and it is overwhelming.

Equality NC is a lobbying non-profit which pushes for policy change at the state and local levels. They also run a PAC to support pro LGBTQ candidates and defeat political opposition.

Welcoming Schools mission is to take the Human Rights Campaign goals and apply them directly to the classroom. As the self proclaimed “nation’s premier professional development program providing training to elementary school educators” they have gained power for their behind the scenes policy advisers which provide workshops and teacher training in order to implement their curriculum into the school system.

Time Out Youth is an offshoot of Welcoming Schools which provides weekly events such as “Drop-In Space, Discussion Groups, Friday Night Fun, Special Events and Social Activities…. designed to provide LGBTQ-identified youth with opportunities to connect with other youth and to express your true self without judgment or assumptions.” They are basically akin to a church youth group which uses the Welcoming Schools program to identify and recruit new members from the local school system.

We next to need to recognize and confront the methods these group use in order to achieve their goals. They have been most successful in distorting the definitions of commonly understood words in order to give cover to their true intentions. These groups use words like “equality,” “safety,” “bullying,” “inclusive,” “accepting,” “love,” and even “family” in a non-traditional way in order to further their covert message. For example, the Welcoming Schools website states in their section on how to respond to children’s questions on what does it mean to be “gay” as “A person who loves, in a very special way, someone who is the same gender…. It describes a boy who wants to have a boyfriend or a girl who wants to have a girlfriend.” That is NOT the definition of gay and was crafted for the specific purpose of causing a young boy or girl to feel confusion over having a best friend of the same sex.

We also must support like-minded organizations such as NC Safe which are at the forefront of efforts to halt this Progressive tide and push for practical solutions to limit the power and reach of the government education system by empowering like-minded individuals to establish the best plans of action for their own children whether that be public schools, charter schools, private schools, Christian schools, or home schools.

But the most important thing we can do in confronting this agenda is to make sure our own house is in order. Progressives thrive on the hypocrisy and shortcomings of Conservatives. By pointing out the unchristian treatment of blacks in America before the Civil Rights movement, the LGBTQ movement has been able to piggyback onto other causes and plead similarity. The dismal failure rate of marriages, rise in out-of-wedlock births, and acceptance of other forms of sexual immorality show that many only want to draw the line at homosexuality because it is a sin they cannot see themselves participating in. It is sobering and humbling to realize the rise and success of such Progressive movements is a natural result of our own failures to uphold the standards we champion, yet it is the only way we will honestly be able to confront them.