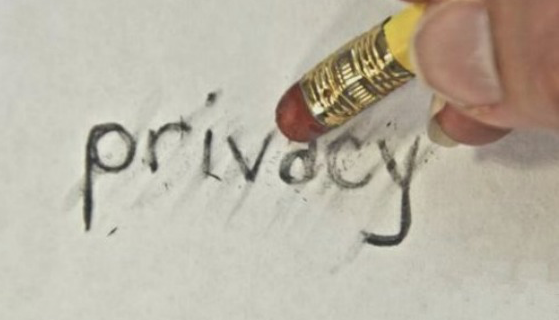 As the House Education Committee works on the issue of higher education accountability and all that entails, the question of data collection has returned to haunt the committee room.

A decades-old ban on data collection has hampered the effort to expand its use in identifying problems with students not being able to land good-paying jobs after forking over thousands for their education. According to Politico’s Morning Education updates, Lamar Alexander, the committee chairman, is (rightfully) leery of expanding the ability of the federal government to collect detailed data on student performance and employment outcomes, but others have suggested that data collection could only enhance the ability of the Education Department to determine appropriate policies to improve student outcomes.

Having been intimately involved in the formulation of a student data privacy policy for the West Virginia State School Board, I can attest to the fact that there are those in the field of education that would fling the doors wide open in a thirst for data concerning every aspect of a student’s life whether directly related to their education or not.   The results of our efforts to craft an appropriate policy were ultimately successful, but it took a lot of negotiating to reduce the level of personal data included in what could be collected or released.

Data in this field can be broken down into two types: Personally-identifiable Information (PII) and Aggregated Data (AD). Much of the privacy concerns are related to PII…the information that can be traced back to an individual student. This information can be used to benefit or injure a student depending on who gains access to it.

In West Virginia’s K-12 policy discussions these were the stumbling blocks that were eventually safeguarded by a strict requirement that any PII release would require specific written approval of either the parent or the student (if the student were over 18 years old). This was not a “once at the start of the school years sign-off” but every time such data were released to anyone outside the local district or state department of education. PII data was only to be stored on an isolated computer system that had no external connections to any networks to eliminate issues of hacking.

In the case of higher education, parental consent is rarely an issue since most students enrolled at this level are over the age of consent. However, it is just as important that the students understand the potential impact the release of PII can be for them. Informed consent should be an absolute requirement to releasing PII.

This brings us to the real question. Is PII a necessary part of data-collection at the federal level? I would suggest that it is NOT essential or even necessary. If the stated purpose of the data collection is to monitor the performance of higher education establishments in preparing students for the workforce or career and to determine the success of students once they leave a specific school, then PII is not essential to the task.

I won’t even get into my beliefs regarding the issue of a federal role in education matters, as that is a huge argument for another day. Suffice it to say that IF the federal government were to have a role in monitoring the performance of higher education in preparing their students for career or job, then some collection of aggregated data may well be appropriate, but it can be done while preserving student privacy. Generally, it is considered standard that groups of ten or more data points, when aggregated, are adequate to prevent individual identification of a specific student from which the data was derived. For most schools, the number of individual data points produced for each question in a survey would far exceed ten. It is wholly unnecessary to drill down into the data to the point where the question exposes the identity of the student(s) involved.

Most disturbing to those who value freedom and free markets that made our country great is the additional burden that such data collection will inevitably lay on businesses at a time when we are seeing valiant efforts afoot to reduce regulatory burdens to allow businesses to flourish and produce more and more opportunities for employment across the nation.

Make no mistake. Data that is meaningful must be collected from a representative cross-section of American businesses for it to mean anything to the issue at hand – accountability for results in higher education. To do that, businesses will have to be forced to keep records, file reports, and face further intrusions on their operations. It is a burden that is unnecessary and another attempted over-reach by an already bloated federal bureaucracy.

Why is it not the responsibility of the student (and perhaps that of his/her parents) to do their “due diligence” before enrolling in a program of higher education. There are many sources that can provide good information about how well any program prepares its students for workforce success. All one must do is make the effort to find it. In today’s interconnected world, that does not present much of an obstacle.

If schools collect such data on their students and maintain policies that protect individual identities, that should be their choice assuming any student can restrict access to their PII. There may be compelling reasons for them to do so.

Getting the federal bureaucracy involve in data collection would likely produce problems too big for anyone to easily correct.

Christ at the Center as NFL Season Ends