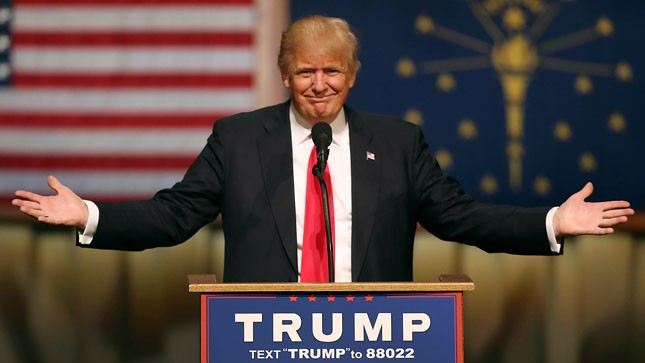 The sudden and generally unexpected defeat of Bill Clinton’s wife, dealt a staggering blow to the far left, and spawned a fringe-element coalition of anti-American extremists unrivaled in U.S. politics. Academia, Hollywood, and the New Socialist Democrat Party, united with the entire mainstream media to wage a vengeful, loathing campaign against anyone or anything American.

President Trump absorbs the brunt of the attacks.  However, the very mention of the Constitution, liberty, American culture, Christians, or law and order, brings unrelenting attacks on traditional Americans by the lowest form of political animals – racists, hate-filled lowlifes, and liberal bullies.  Primarily these American haters are Democrats overwhelmed with uncontrollable rage by Donald Trump’s stunning victory.

The New Democrat Party is not our father or grandfather’s party. It was hijacked by the most corrupt and despicable groups of communists, Marxists and progressive socialists.

Nine years ago, Americans were so eager to elect the first black president; they voted for the darling of the extreme left-wing of the Democrat Party. The fraudulent, and likewise, progressive, mainstream media merged with the Democrats, hoisted Barack Obama on their shoulders and carried him to the White House. The fact that this man spouted leftist gibberish straight from the evil mind of Karl Marx didn’t cool the ardor of talking heads, leftist academics, Hollywood, or the mainstream media. Being a black Marxist sent even more thrills up the legs of leftists.

Dictators know the simplest path to power is creating crises where none exist. Accomplishing this is as simple as separating the country into warring factions of rich against poor, dividing everyone by race, gender, religion and anything causing friction. Obama was an expert manipulator, unprincipled liar, and racist, which made him a skillful fomenter of unrest and hatred.

Abruptly, Donald Trump, a successful entrepreneur and business mogul with no governmental experience or polish, became President of the United States. This rugged individualist wasn’t tied to a political machine, and was given a zero chance of success by political hacks, media morons, pointy-headed pundits, and both established political parties.

Marxists believe in filtering all businesses, citizen rights, financial institutions, academia, and the media, through an all-powerful government sieve. When we understand that, we can see why Obama was their Messiah. His entire eight years were devoted to fulfilling his idealistic dream of a perfect socialist society using a centralized government to destroy the country.

The President inherited a world with sixty-five million displaced people thanks to Obama’s policies. Democrats care more about illegal aliens, than they do about Americans. To maintain their plantations and ghettos, their power relies on people remaining wards of the government – and voting. President Trump stood strongly against open borders and advocated a southern boundary wall. Additionally, he sought radical changes to the policies of leftist Democrats wanting unlimited pathways into our nation.

Obama lowered unemployment by placing a record number of people on welfare, disability, food stamps, and minimum wage service sector jobs. He maintained an annual economic growth of one percent, and chained businesses and financial institutions to an avalanche of rules, regulations, and high taxes that deliberately stifled growth, increasing the size and power of government.

President Donald Trump unleashed the power of capitalism with reduced taxes and fewer regulations, and brought money for investment back to the U.S. from foreign countries.  Creating jobs, spurring the stock market, and giving hope and renewed faith in our country are the results of his policies and expertise in economics.

Leftists universally hate everything for which President Donald Trump stands. He is an entrepreneur, a freewheeling capitalist, an American-first patriot, a Christian, and Republican conservative. He talked straight to Middle America and aroused the nation’s patriots to stand against the eight years of Marxist policies by Barack Obama. Little wonder President Trump is so universally despised and ridiculed by Democrats, establishment Republicans, and other tyrants.

More than anything, the fringe elements of anti-Americans fear the real possibility that President Trump will successfully seize power from the clutches of leftists, and bring America back as the once bright beacon of prosperity and liberty. America didn’t become the greatest country in the world by espousing and adopting Marxism.

The daily barrage by the mainstream media of hit pieces on President Trump is relentless and brutal. Incredibly, they make it their mission to inflame, not to inform. Visceral hatred for anything traditionally American culminated in the bastardization of journalism, and the media plummeted into yellow journalism and “sliming.”

Every ghetto in the nation is an ugly, open-sore reminder of what happens when people cede control over their lives to Democrats. Their infamous open-mindedness allowed all their common sense and moral decency to evaporate.

2018 State of the Union Address: "Building a Safe, Strong, and Proud America"