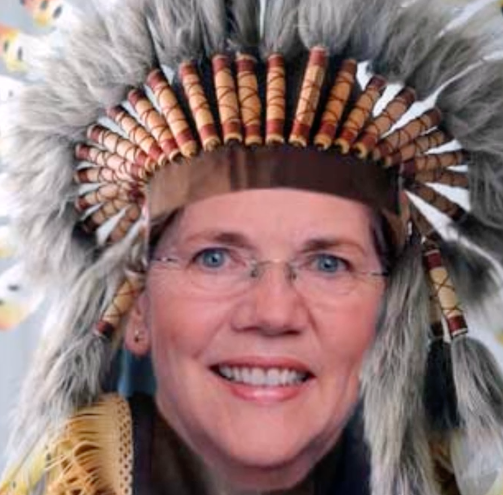 What does former “Indian” Senator Elizabeth Warren have to do with the CFPB (Congressional Financial Protection Bureau)? Possibly federally sanctioned money laundering within the CFPB. Yes, money laundering.

It recently became official that the Director of the Office of Management and Budget, Mick Mulvaney, will serve as the acting Director of the CFPB as appointed by the President. Back in November then- Director Richard Cordray suddenly resigned and the position became sticky because two people were given keys to the office. One set went to Mulvaney and another to the Deputy Director of the CFPB Leandra English. A Federal Judge backed Assistant Attorney General Stephen Engel from the office of legal council and Mary E. McLeod from the general council of the CFPB in the decision that the President can appoint the successor of the CFPB, not the outgoing Director. We all understand that Liberal politicians do not take kindly to being told ‘no’ and this decision has Warren’s feathers all a flutter because now the Democrat slush fund was going to dry up.

When understanding the office of the CFPB and the significance of President Trump appointing a new Director, it is important to review a bit of legislative history. Senator Warren is considered the brainchild that convinced Congress to establish the CFPB in the summer of 2011 under President Obama as a legislative response to the 2007/2008 fiscal crisis that revolved around the housing market crash. The market crash itself was initiated by previous legislation on the part of Democrats that created a FHA bubble that had been slowly getting bigger, causing history to indeed repeat itself when it burst. Democrat lawmakers wanted the American public to believe the crash was a result of deregulation, but that was not the case.

Before 1934 and the creation of the Federal Housing Administration the Federal government was not involved in the housing market and the standard worked efficiently with safe lending practices, a standard 20% down payment, and lending credit to only those who were creditworthy. But Congress was not satisfied with the housing market and decided Big Brother needed to stimulate the housing economy and between 1957 – 1961 did just that.   As usual when progressives try and manipulate common sense all they do is make a mess. Their legislation caused an expected boom of FHA mortgages, construction, and investment but because the loans were not based on appropriate numbers, they could not be sustained and then the subsequent anticipated bust blew the ride sky high by the late sixties.

The Feds stayed out of the housing business until 1992 when Congress decided that everyone in America deserves a house whether they can afford it or not and enacted the Affordable Housing Goals. The first thing Liberals did next was create two huge giant Federal mortgage companies the Federal National Mortgage Association known as Fannie Mae and the Federal Home Loan Mortgage Corporation referred to as Freddie Mac.  And sure, enough between 1992 and 2008 because of Liberal manipulation of the market there was “a nationwide decline in mortgage underwriting standards, an unprecedented housing price bubble, and a financial crisis when the bubble collapsed in 2008. None of these things had ever happened in the 75 years since the Great Depression, which is the only comparable event in American history. During all these years, we had the same financial regulatory system — indeed, bank regulation had been tightened during this period — and the same government-controlled housing finance system,” said Wallison when addressing their claim of responsibility. Congress thinks money grows on trees but not every citizen has a money tree in their back yard so when lenders gave money to people that all involved knew could not pay it back the bottom fell out of their housing bubble manipulation.

When the CFPB was set up under the Dodd-Frank Wall Street Reform and Consumer Protection Act (2010) to oversee all American financial and banking institutions to prevent another depression it was a hypocritical joke from day one, more like putting a Labrador retriever in charge of the dog food factory.   Dodd-Frank is a big part of the problem to begin with because according to Wallis they imposed “huge new regulatory costs, while sending this message to the financial industry: don’t take risks. Banks have had to substitute compliance officers for lending officers. As a result of this counter-productive mountain of a law (over 360,000 words), there is today much less investment capital available for entrepreneurial activities and small business growth, both of which are crucial to our economic vitality. Dodd-Frank is a considerable part of the federal drag that has kept the economy’s recovery from the bubble so sluggish.”

This heavy weight of nonsensical regulation is one of the things President Trump has been chipping away at since early in his administration. And this brings us back to Senator Warren because she was not only the wiz that came up with the financial watchdog in the CFPB, along with Senator Christopher J. Dodd and House Rep Barney Frank, but she was also the first Director. This office was illegally established under article two of the Constitution that allowed Warren complete oversight of all financial institutions in this country including banks, mortgage companies, payday storefronts, credit unions, and debtors under a guise of clarity and consciousness that they were protecting the public. But this was a far cry from what they have actually been doing down at the CFPB.

“What this organization did was launder money. It was nothing more than a money-laundering scheme. And it had another purpose. The fines that it levied for anti-consumer policies and anti-consumer behavior at these banks, what do you think they did with the money? The CFPB was a pass-through, and the fine money was given to Planned Parenthood, the National Organization for Women, or take your pick of any left-wing activist group.

This was an independent agency set up to be able to legally get money from the financial industry and then turn around and give it to left-wing activist groups. And that’s what they were doing with it. And that’s why they are so desperate to hold on to it. The point is, it’s unconstitutional, and that’s the only thing that matters.”

As usual, Limbaugh is correct.

Regarding the President calling Warren ‘Pocahontas’, it had nothing to do with racism but was his way of publicly calling out Warren’s lying, manipulative behavior, based on her claim that she was American- Indian. She did so without any proof of documentation of her heritage other than her self-proclaimed ‘high cheek bones’ and has “been embroiled in the controversy since reports surfaced that she described herself as a minority in a law school directory and was touted as a Native American faculty member while tenured at Harvard Law School in the mid-1990s.”

Until now, with the installation of Mr. Mick Mulvahney to direct this department there was no oversight or accountability of the CFPB. When President Obama was running the country if something benefited the Democrats and their chokehold of power, no one was going to say ‘no’.

Meanwhile, the CFPB’s travel costs were off the charts, spending $55 million on the renovation of their office quarters. ($55 million is more money than the entire amount for the GSA annual construction and acquisition budget for the totality of federal buildings…) Donor records reveal the top three recipients of tens of thousands of dollars from CFPB employees were Hillary Rodham Clinton, President Obama and Senator Warren. The overall amount of donated funds from employees to different Democratic politicians and Democratic committees is a whopping $114,859.6, not including fines incurred and levied. When speaking about the CFPB Mr. Limbaugh described the bureau perfectly: “The thing’s a sham, folks, under the guise of protecting consumers from evil corporations.”

Adding insult to injury, employees have testified about an alleged “culture of racism and sexism” at the agency. Former employees testified they were “retaliated against for bringing problems to the attention of superiors.”

So, it is no wonder that Senator Warren has such a clear, visceral reaction when asked about running for President herself in 2020. Politicians are notorious for dodging the question about running for the oval office but whenever she is asked the question she immediately shakes her head fervently and looks down at the ground like a guilty child getting shamed by the principal. Thank goodness for small political favors because unlike her good friend Hillary Clinton, at least Warren has enough sense not to ever throw her faux-Indian headpiece into the presidential ring.

Clare Lopez: The Assault From the Red/Green Axis #SCTeaParty2018