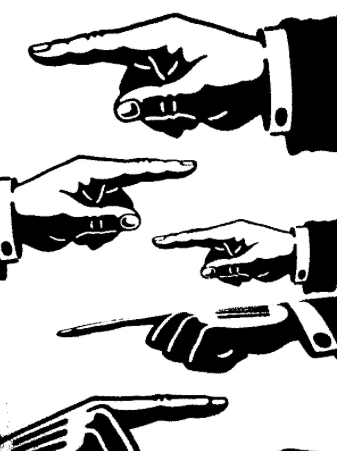 I spent a little time catching a segment of Outnumbered on Fox News this week during their discussion of the Florida School shooting in Broward County. As might be expected on a show involving five people often talking over each other, there was a full spectrum of views offered on all the different causes for the shooting.

Of course, as usual, gun control was high on the list of arguments and many thoughts regarding the role of mental illness, violence, etc., but gun control was the prime concern for many. Pointed out were things like the shooter’s age, his history of emotional problems, his inability to get along with his classmates in school. Even more disturbing was the fact that the FBI was given two warnings about the shooter from two different sources.

The first was many months before the shooting when he posted a comment on YouTube that said, “I’m going to become a professional school shooter.” A local bail bondsman called the FBI to report he comment but the FBI allegedly could not locate the individual whose account on YouTube was his actual name spelled out.

The second warning was reportedly made by an acquaintance of the shooter who contacted the FBI and related details concerning the shooter’s propensity for harming animals, his ownership of the rifle, and his symptoms leading the caller to believe that the shooter was a danger to himself or others.

Based on news reports, the shooter lost his father three years ago and then lost his mother in November 2017. This, after he lost his biological parents soon after his birth. Having personally seen what insecurities among adopted children can do, it is not inconceivable that the shooter was already facing so many stressors in his life that were not being addressed by those close to him simply because he had no one left that was close to him. I am not offering that as an apology or excuse for what he did, but it certainly could be expected to develop emotional difficulties for him especially with a trigger event like the death of his mother just a few months ago.

So here we have a young adult male with little to no support system – he was offered a place to stay with a school-mate’s family because he had no place to stay – and nobody paying much attention to the warning signs.

All this is simply foundation for pointing out that there are more than a few kids and young adults out there walking around with similar stressors causing them to develop pressures that they have no means to dissipate. It is that much more important that when a federal law enforcement agency is contact they take the report(s) seriously and conduct a thorough investigation. If nothing else, the FBI should have passed what information they could develop on to the local law enforcement agencies concerned so that they could, at the very least, interview the individual and attempt to determine whether the person presented any danger to himself or others. There are laws on the book – The Baker Act being the best known – that allows law enforcement to take a person into custody for a period of 72 hours for psychiatric evaluation and most importantly obtain any weapons in the person’s possession that might be used against himself or others. This action may well have prevented a multitude of tragedies in Florida…and other places as well.

This article’s title does have a connection here. It is simply that sometimes the most common “solution” to a problem is not the one heard most often. Gun control alone does little to prevent a mass shooting if all the current procedures are followed. But it is often the first thought each time there is such an event. I heard two different comments on the Fox panel that quoted the same false statistic – “35,000 gun-deaths per year” – when the majority of such deaths have nothing to do with mass shootings. The number of school shootings is also being distorted by including one-on-one events that just happen to take place on school property but not necessarily involving students, teachers, or the school itself.

It is important for the public to be aware that the reports are being distorted and twisted to fit the agenda of the reporting entity. We must always pause long enough to collect the full spectrum of data about any event before formulating any conclusions. It is even more significant that, as in so many other instances we have seen in the news lately, it is often government that is more a part of the problem than part of the solution.

There are any number of things that could be blamed for this latest shooting, but the FBI could have stopped this one. No doubt about that.

Immigration Reform Fails in the Senate

Edwin Covington: Let Your Next Step Be Your Best Step