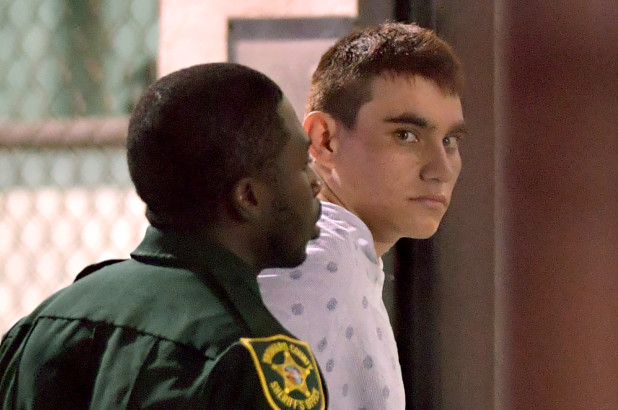 As if the FBI doesn’t have a black eye already with the scandal involving the Trump dossier;  the latest information coming out of Washington seems as if they dropped the ball on the alleged school shooter last month.  According to an article in the New York Post it seems as though the FBI was warned that Nikolas Cruz had weapons and “might” shoot up a school;  warnings which were not investigated.

“A person close to” Cruz called the agency’s tipline on Jan. 5 and reported the 19-year-old had a “desire to kill people, erratic behavior, and disturbing social media posts” and there was “potential of him conducting a school shooting,” the FBI said in a statement, but the agency failed to pass on any of that information to the Miami field office.  He should have been investigated as a “potential threat to life” but nothing was done.  Unfortunately, because this information fell through the cracks, 17 people have now lost their lives due to the horrific massacre by the alleged shooter Cruz.

How many times have we heard from law enforcement and the FBI, “if you see something, say something”?  Well, apparently this was said on numerous occasions and it fell on deaf ears.  How can something like this happen?  How can reports so frantic and detailed from more than one source be virtually ignored?  Is it because the FBI has too many cases to follow up on, not enough investigators in the field or what?  This type of thing should not be happening in America today.

While the rabid left immediately runs to the microphones and screams about “gun control” and the “horrible” second amendment, no one looks to the real issue.  The FBI and law enforcement was warned, they knew this kid had a gun, they were told that he was unstable and frightening and yet no one stopped him from planning his massacre and taking the lives of innocent people.

It has now been reported that Deputies were called to his home 39 times over a 7 year period for various issues.  They ranged from “mentally ill person”, “child/elder abuse”, “domestic violence”, etc.

Wouldn’t you think he would have been on their radar?  And if not, why not?   A schoolmate, Brody Speno, told the network that cops were called to Cruz’s home “almost every other week.”  Wouldn’t that raise any red flags?

Cruz — who posted images of himself on Instagram posing with guns and knives — has confessed to killing 17 people at Marjory Stoneman Douglas High School in Parkland and made an alarming online comment about a recent mass shooting.

“Man I can do so much better,” he wrote.

Who should take the blame for this obvious lack of leadership in the FBI?  It seems as though there are plenty of investigators chasing leads down a rabbit hole when it comes to President Trump and the so-called “Russian Collusion” story.  There is no stone unturned in that investigation.  They are made to follow up lies and misinformation in the hope that maybe perhaps something will be revealed that will lead to Trump being impeached.  But nothing.  All of this time and money spent chasing nothing when there was evidence and witnesses to a real potential killer that could have been stopped in his tracks before carnage rained down on his school.

This is not just a mistake, this is a tragedy and hopefully will lead to some sort of re-alignment at the very top levels of the FBI.  One can only hope.

Trump Did Not Cause Florida Shooting (OR DACA, For That Matter!)