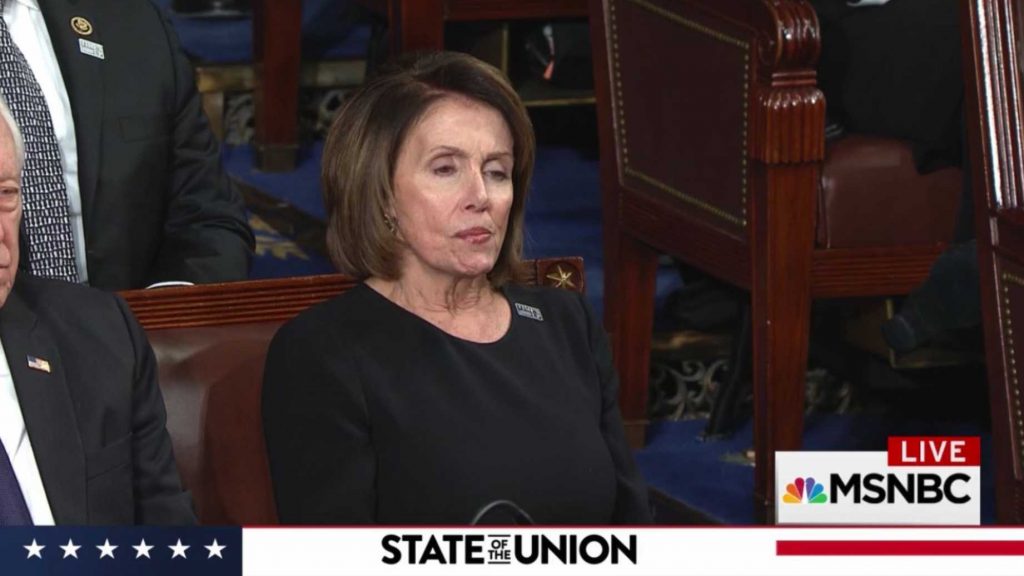 It is rare that I do not take the opportunity to watch a SOTU address from beginning to end.  When I do, I also keep at it through the end of the “opposition” presentation that follows.  It struck me last night that this practice of providing the minority party airtime to trash the President’s speech only started in the past decade or so and is only made possible through the charity of the mainstream media that are so often complicit in slanting things to suit the extreme left’s position on the issues.

Last night’s effort by President Trump was superior to many past speeches by many past President’s.  His style is not quite as smooth as the likes of Kennedy or Reagan, but it struck me as being upbeat, sincere, and heartfelt.  Here is a man who loves America.  He has lived the American dream and succeeded.  Yes, he inherited some of his wealth, but he expanded on it with great success.  His guests provided just the right emphasis for each subject covered and the reactions to them were profound.

It is truly unfortunate, however, that virtually the entire minority party in attendance wore near perpetual expressions of just having bitten into a turd topped with lemon juice throughout his speech.  Even when what he said was both non-partisan, inspirational, and offered a tone of unity, they sat on their hands with that same sourpuss expression on their faces.  Nancy Pelosi was probably the one who most thoroughly displayed her displeasure without ceasing.

If I were a betting man, I would predict that because of Tuesday night, the Democrat party will lose seats in the Senate and House in November.  The American people have clearly seen who is for America as it was envisioned and who is against America’s traditions and culture.  Who wants to preserve America and who wants to destroy us.

The minority response, given by the grandson of Robert Kennedy, played to those on the far left very well.  His delivery was almost scary good.  But the delivery was filled with the usual talking points of the leftists that seldom carried with it the ring of genuine truth.  The thought that went through my mind as I listened was that this man is a threat to our country if he continues to offer the rhetorical skills so reminiscent of his grandfather and great-uncle John.  He has the gift.  It is unfortunate that he has directed it in a direction that is so anti-American.  He appears to have drunk the Kool-Aid of the globalist, open-borders gang by the gallon.

Despite that, our economy is booming, employment has improved across all worker classifications, overseas money is returning, and business investment is on the rise.  All these things translate to better lives for more and more Americans.  I would, however, love to know what the labor participation rate is now as that is a far better indicator of the employment picture.

The immigration issue seems to be the great stumbling block to domestic peace in America.  It is the issue that will determine the fate of America.  If one listened to the “pillars” of the Trump immigration bargain, you would recognize his negotiating skills.  There are those who criticize his offer of citizenship to the “dreamers” but if one listened carefully, he stated that they must pass a test of “moral character”, clean criminal record, employed and productive, before being granted that status after 12 years.  Given the fact that statistics indicate that 75% of those classified as DACA-eligible cannot pass that test.  I think the final number granted citizenship will be much lower than the 1.8 million initially eligible.

Just Tuesday, there was a report of three of these “upstanding” individuals arrested for human trafficking in California.  Need I say more?

When the elections of next fall get closer, I believe the future of our country could be made much brighter if only ten more seats in the Senate were turned bright red.  The only thing that is necessary to make that happen is for every candidate and every commentator to continually ask a simple question of the American voter:

Are you better off today than you were two years ago?  Think about it.

The 'Hate Trump' Coalition is a Hate America Cabal