In a year and a few months, Prime Minister Benjamin Netanyahu will have spent more time at the helm of the Israeli government than any other man. The other man is David Ben-Gurion, the Socialist leader who repressed Zionist nationalist movements in Israel by fiat, by law and, as in the Altalena, by murder. 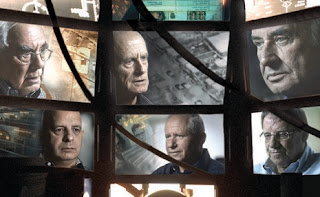 That factoid may not matter much to most people, even most Israelis, but it matters a great deal to the remnants of Ben-Gurion’s regime, the leftists who don’t win elections, but do control the government. Until ’77, Israel’s Prime Ministers came from the Labor Party. The last Labor Prime Minister left office in 2001. It’s not just that Netanyahu is eclipsing Ben-Gurion, but that Labor has become irrelevant.

But of course the Labor Party isn’t irrelevant. Its candidates may be a joke. Its base of support consists of Tel Aviv hipsters who never actually leave their leftist bubble except to visit Paris, New York or Berlin. Their burning social issue is how much more Daddy has to pay to get them a place in their trendy neighborhood. Not even Obama’s best people could help them get much mileage out of that one.

After the ’15 election, Haaretz, the paper of record for the Israeli anti-Israel left, had wailed, “Leftist, secular Tel Aviv went to sleep last night cautiously optimistic only to wake up this morning in a state of utter and absolute devastation.” Leftist secular Tel Aviv has been devastated for nearly two decades.

But Labor’s deep state still runs much of Israel the way it did when Ben-Gurion was still alive. It doesn’t just have the media and academia, the non-profits and the elites, the way most national ‘lefts’ do. It also controls the old machinery of government that it spent generations running and robbing.

Ben-Gurion’s tenancy may be a factoid to most, but it’s a sore insult to Labor. And its deep state is working overtime to force Netanyahu out of office using fake scandals, fake news and fake police.

This isn’t a new obsession. If you think CNN’s Trumpmania is bad, the Israeli police and media have spent the better part of a decade trying to invent ridiculous Netanyahu scandals. How ridiculous?

Netanyahu’s wife was accused of stealing bottle deposits. “Attorney general mulls probe into Sara Netanyahu’s bottle deposits” isn’t a gag, it’s an actual headline. The catering budget at the prime minister’s residence has been under investigation for years. But there was no investigation when Shimon Peres, the last rotten remnant of the Ben-Gurion regime, threw a lavish birthday party that cost millions and included Bill Clinton, Robert De Niro and Barbara Streisand. Clinton’s fee of $500K was paid by the JNF, which instead of planting trees, was paying one dirty leftist to lionize another.

Another Netanyahu investigation involved the nursing care provided to his father-in-law before his death, because the Israeli left has no more concept of decency than it does of national security.

None of these scandals ever actually go away. Much like the left’s perjury traps and obstruction of justice campaigns against Trump, discredited scandals are rolled into accusations of a cover-up.

And when that doesn’t work, then there are accusations of a media cover-up.

One of the investigations for which Israel’s lefty deep state cops want to charge Netanyahu involves an accusation that he had traded favors for positive coverage from Yedioth Ahronoth. But, as Caroline Glick points out, it never actually happened. Another accusation claims that Netanyahu provided favors in exchange for positive coverage from the Walla! news site. Both accusations testify to the left’s obsession with sowing fear into any media outlet providing positive media coverage of Netanyahu.

Israel Hayom, a free paper that covered Netanyahu positively, was targeted with a law banning the distribution of successful free papers. This attack on a literal free press was known as, “Law for the Advancement and Protection of Written Journalism in Israel”. Lefty journalism has plenty of ‘protektsia’ in Israel. But who will protect Israelis from the ‘journalists’ and their political bosses?

And who will protect actual journalists who report unfavorable information about the left’s deep state?

The message is that any paper that reports the truth might be accused of conspiring with Prime Minister Netanyahu by the police leadership who have their own incestuous relationship with media outlets.

Israel has a first-world military and a third-world police. Israel’s military is competitive, professional and heroic. Its police force is Middle Eastern. At its best, it’s useless and at its worst, it’s deeply corrupt and abusive. The same holds true for the entire justice system which remains a fossilized remnant of its socialist past that deserves to be classed with those of Russia or Uzbekistan.

The Netanyahu era has seen some limited reforms of the judiciary, but the police haven’t changed. 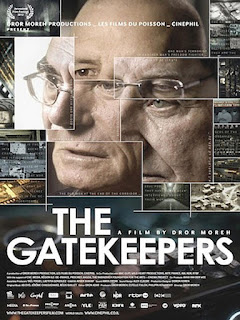 In the United States, the inciting incident of the Flynn investigation appears to have been his advocacy on behalf of FBI Supervisory Special Agent Robyn Gritz who had accused former boss Andrew McCabe and others of sexual discrimination. Police Commissioner Roni Alsheich used the campaign against the Prime Minister to accuse a female police officer who had complained about sexual harassment by a superior back in ’11 of secretly doing Netanyahu’s bidding.

The commander whom she had accused of sexual harassment was in the unit investigating Netanyahu.

Alsheich also suggested that private detectives were investigating his investigators. Both are a convenient way of shifting the blame for his own people’s misconduct to Netanyahu. Covering up sexual harassment and opening up the prime minister’s chair for Labor kills two birds with one stone.

Prime Minister Netanyahu has spent a good deal of his life trying to clean up the corrupt system that Ben-Gurion and his dirty socialists inflicted on Israel. It’s a system where the law is nothing and personal connections are everything. At its worst, party membership was required for government jobs. The machinery of government did the bidding of insiders and crushed the outsiders who got in their way.

Some things have changed.

Israel has a booming private sector. Its growing population of the descendants of Holocaust survivors, refugees from Muslim countries and the Soviet Union have little love for or allegiance to Labor. Its government bureaucracy is a widely loathed corrupt boil on an incredible nation. (As it always was.)

But Labor’s state within a state still wields a great deal of power. It is no coincidence that in recent years, it locked up a prime minister and president who originated from the conservative Likud while Labor’s corrupt politicians have gotten a pass. Isaac Herzog, Labor’s head of the opposition, served as the errand boy for international criminals like Marc Rich and Octav Botnar. But Arafat will rise from the grave to sign a peace deal before a Labor princeling sees the inside of a prison cell.

Money from the estate of Botnar, a Communist, was funneled through Herzog, his lawyer, to Labor for its anti-Netanyahu ads. Rich was a wanted fugitive who bought a pardon from Bill Clinton.

But the media would rather talk about Netanyahu’s ice cream budget, Sara Netanyahu’s bottle deposits and how much the electrician got paid. The left always accuses the right of its own sins and crimes.

Israel’s retired top security bosses routinely pal around with anti-Israel groups and spread anti-Israel propaganda. Ami Ayalon, Carmi Gillon and Yuval Diskin, the former bosses of Shabak, Israel’s version of the FBI, defended the anti-Israel activists of Breaking the Silence. Ayalon had also served Labor in the Knesset. Breaking the Silence has received money from the Rockefeller Brothers Fund which was among the most aggressive funders of the campaign for the Iran Deal to protect its nuclear terror program.

The deep state is rotten and disloyal. And it’s launching a coup to put its own Labor man in power.

It’s not just the Ben-Gurion date that symbolizes the transfer of power from the corrupt socialist state of Labor to a cleaner Israel that fulfills the aspirations of those who dreamed and fought to make it real.

President Trump’s victory offers Netanyahu the opportunity to redefine Israel’s relationship with the PLO that was imposed on it by the Clintons and their Labor allies. Instead of leftist apparatchiks like Dennis Ross and Aaron David Miller calling the shots, pro-Israel Trump associates like David Friedman and Jason Greenblatt are breaking with the old failed ideas and defining a new future for Israel.

That made it more urgent for Labor’s deep state to stop Netanyahu. That’s why the charges are in.

Labor failed to stop Netanyahu at the voting booth despite Obama’s experts working for them. And Obama isn’t around to restrain Netanyahu. A deep state coup against democracy is its last option.

The people won in America and Israel. But that just means that the deep state in both countries is becoming more ruthless in its efforts to defeat the voices, hopes and dreams of Americans and Israelis.

Is There Any Room for Compromise Left?