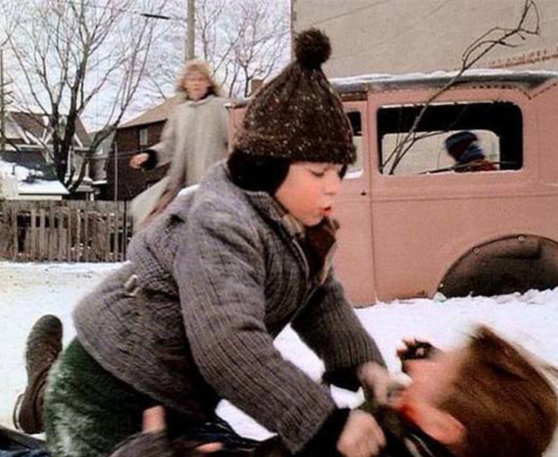 In not too many weeks it will be baseball season and for some that remains the national pastime. We cannot claim that as a fact today and surprisingly it isn’t football or basketball. The new national sport for people of all ages is bullying, not a real sport, but a deadly game. One that we see in childhood, adolescence and now in the halls of government, the news media and the entertainment world. It is about power.

It is a deadly activity that goes all the way back to earliest times. We know from the Bible that it was done continually beginning at the time of the Fall. Cain’s killing of Abell was certainly an act of jealousy and trying to have his own way. One of the most famous stories was of Joseph being bullied by his brothers even to the point of selling him into slavery. All through history there have been examples of bullying with the worst in recent memory being Hitler and Stalin’s treatment of millions of Jews,

What is sad to those of us in education is seeing it happen to children from the time they enter school. As retired teachers we often run into parents who hearing of our background want to share the hurt they feel over their child being bullied in school. Usually it is because they are different in some way. As kids we referred to it as being “picked on” by peers and parents often would encourage us to either fight back or just plain tough it out.. Films and TV shows have often depicted bullying with a victorious end for the victim as for example Ralphie in Christmas Story who has had enough and beats the daylights out of the bully. In Back to the Future Marty McFly takes care of Biff the bully in each of the three films in the series. It isn’t that easy.

New technology has taken bullying to new heights especially for those in high school and college. Cyber bullying has replaced physical bullying with victims insulted in comments and sometimes pictures that get circulated throughout the school and community. We now hear of young people committing suicide because of things put on social media about them. We have heard of parents having to move in order to change schools or take over the schooling themselves at homes. In some extreme circumstances a victim has used a gun to retaliate against classmates. There have been cases of teachers being bullies themselves against children they consider different or problems. We have reports now of major colleges bullying conservative students and violating their freedom of speech and expression.

Bullying does not end with childhood. There has been a great deal of news about the entertainment world and how actors must conform politically if they want to get good roles in films and on TV. Being a Christian can also be used against you. In interviews we have conducted for Point North Tidings, a Christian media publication, we have had many reports of young men and women losing their jobs for wanting to wear a cross or carry a Bible on set. It is no wonder that many of these young people have given up on trying out for big Hollywood films and opt for Independent film making companies that cater to faith and family entertainment.

We certainly see this in government and how a small group of Democrats seek to control Congress to get what they want and to destroy the administration of President Donald Trump. The recent FISA report has revealed that this goes beyond Congress and there has been bullying tactics used by some in the FBI and Justice Department to get what they want. Reports are expected about other departments in the near future. Interestingly enough many of the goals of the president are held by the very ones bullying him. Could his being different be a major factor? A successful businessman who does not believe in big government.

Today we hear a lot in the new about bullying under the guise of sexual harassment. That has become a two edge sword. There are evil people out there who have abused others by threatening their job unless they give in to the ones wanting power over them. Conversely now there are those who claim to be victims so that they may destroy a reputation even if not true.

Now what is the cure for bullying? We cannot rely on Ralphie’s approach and knock down the bully and slug away. We would love to say education, however our schools are not as dependable as we would like in this regard and it isa problem that cannot wait until a new generation or two comes along.

The solution is one that many will deem as old fashioned and out of date. Stopping bullying will be deemed a lost cause by many. We like what Jimmy Stewart said in the classic Mr. Smith Goes To Washington during his famous Senate speech “…the only reason any man ever fights for them (a lost cause)n is because of just one plain simple rule. Love thy neighbor.”

We can fight back without being a Ralphie. We can get involved by voting people out of office who have shown a vindictiveness toward any who hold values and ethics above self interest. We need to get involved in our schools and to stay involved from kindergarten to college graduation. Speaking of college, if we have been donating funds to an institution we should cut them off when we hear of discrimination against conservatives and Christians.

How the LGBTQ Movement is Changing Education