Two years before Barack Obama announced his candidacy for President of the United States, he met with the leader of a hate group who had praised Hitler and declared that the Jews, “can’t say ‘Never Again’ to God, because when he puts you in the ovens, you’re there forever.” 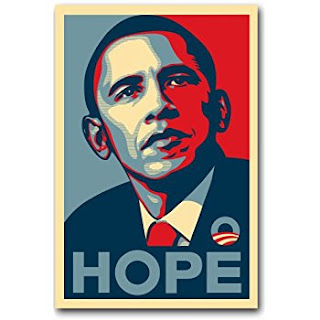 The previous year, Obama had launched his national profile with a DNC speech proclaiming,
“There’s not a black America and white America and Latino America and Asian America; there’s the United States of America.” And there he was, smiling alongside Louis Farrakhan, the leader of the Nation of Islam, the largest black separatist organization in the country, whose theology claimed that white people were genetically engineered devils who were due to be destroyed by flying saucers.

Also posing with Farrakhan and Obama were Mustapha Farrakhan, Joshua Farrakhan and Leonard Farrakhan Muhammad, his security chief and son, his other son, and his chief of staff and son-in-law.

Also there was Willie F. Wilson, a Farrakhan ally, who had led a protest against an Asian business by a mob shouting, “F___ the Chinks”. “We forgave Mr. Chan,” he told reporters after that incident. “If we didn’t forgive him, we would have cut his head off and rolled it down the street.”

Obama had claimed that he had never heard the racist views of his pastor and mentor, Jeremiah Wright, but he certainly knew who Farrakhan was. Three years later, he would be forced to disavow him in a statement declaring, “I decry racism and anti-Semitism in every form and strongly condemn the anti-Semitic statements made by Minister Farrakhan.” Then why did he meet with him and pose with him?

The picture proves that Obama didn’t have a problem with Farrakhan’s racist and anti-Semitic views.

The photo of Farrakhan and Obama at a Congressional Black Caucus meeting on Capitol Hill had been kept buried since it was taken in 2005. A CBC staff member in a “panic” quickly set out to keep the photo secret. And the Nation of Islam and the photographer agreed to protect Obama’s political career.

“After the nomination was secured and all the way up until the inauguration; then for eight years after he was president, it was kept under cover,” Askia Muhammad, the photographer, said, “It absolutely would have made a difference.”

The relationship between Barry and Louie was one of the dirtiest secrets of the previous administration. After Obama left office, the Nation of Islam has become more open in discussing that relationship.

During Obama’s final months in office, Farrakhan revealed that the future president had visited him. That would suggest that Farrakhan and Obama had met on two occasions. Possibly more. A top Nation of Islam official had claimed that the two men would frequently “communicate with each other.”

“We supported him when he was a community organizer,” Farrakhan said. “My chief of staff, Brother Leonard, knew Barack Obama, and we backed him with money and with the help of the FOI (Fruits of Islam) to get him elected.”

Brother Leonard is Leonard Farrakhan Muhammad, his son-in-law and chief of staff, to whom the photographer had turned over the recently revealed photo. Leonard can be seen standing to Obama’s left in the Farrakhan picture.

“The bigger picture is I have a picture of myself and Barack together,” he told congregants. “You never saw it, because I would never put it out to give his enemies what they were looking for to hurt him.”

Even without the photo, there were traces of the relationship that caused problems for Obama.

Obama had participated in Farrakhan’s Million Man March. His pastor and mentor, the violently racist Jeremiah Wright, was an admirer of Farrakhan. Obama’s church honored Farrakhan with the Jeremiah A. Wright Jr. Trumpeter Award. A group photo which included Michelle Obama and Khadijah Farrakhan, the racist leader’s wife, had made the rounds. No one had managed to bury that one.

It took almost as much work to get Obama to disavow Farrakhan as it did Wright. During the Democrat debate, he responded to questions about his support from the racist leader with lawyerisms.

“I can’t say to somebody that he can’t say that he thinks I’m a good guy,” he said at one point. And he made sure to call the Nation of Islam leader, Minister Farrakhan.

Obama disavowed Farrakhan, but there were always hedges. And Farrakhan’s later remarks make it clear that the hate group leader accepted the distancing for the greater good of the “big picture”.

During the campaign Obama had claimed, “We’re not doing anything, I assure you, formally or informally with Minister Farrakhan.” Was that the truth or was it yet another lie?

Obama had never let anti-Semitism and racism get in the way of supporting a political ally. He had embraced Al Sharpton, the bigoted thug who had once bragged, “If the Jews want to get it on, tell them to pin their yarmulkes back and come over to my house.”

Obama had appeared at Sharpton’s National Action Network, the hate group whose lieutenant had chanted, “Don’t give the Jew a dime” outside Freddy’s Fashion Mart.

This was what Obama did in the open. The recently revealed photo gives us some idea of what he was doing in the shadows. There is so much about Obama that was kept buried to protect him.

The Farrakhan photo was suppressed by the Nation of Islam to protect his political career. Not until he was out of office did the hate group begin coming clean about its ties to Barack Hussein Obama. The Los Angeles Times still won’t release the infamous Khalidi tape. That’s been part of the consistent pattern of the media whitewashing and censoring damaging information about Obama’s racist connections.

The same thing happened with Rep. Keith Ellison, the DNC Vice Chairman, who had begun his political career with the Nation of Islam and may have spent as much as eleven years with the hate group. The media allowed Ellison to repeatedly lie about his membership and his history of anti-Semitism. He whined, “I had to account for things I had written as a college student,” even though he was documented defending the Nation of Islam’s anti-Semitism when he was a lawyer with four kids.

How deep do Obama’s ties to the Nation of Islam go? We will probably never know.

The media is as incurious about Obama’s radicalism as it is obsessed with comparing Trump to Hitler. It will go on being incurious about Obama posing with a bigot who once crowed, “Here come the Jews. They don’t like Farrakhan, so they call me Hitler. Well, that’s a good name. Hitler was a very great man.”

Clare Lopez: The Assault From the Red/Green Axis #SCTeaParty2018

The Power of Smiles