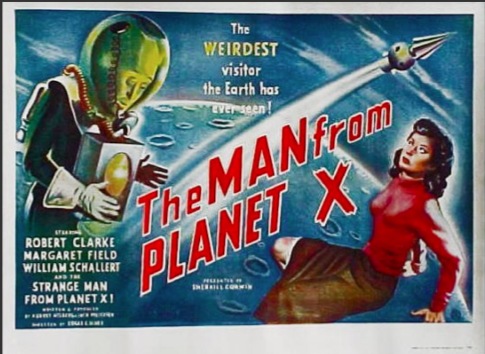 The classic science fiction films of the 1950s like The Thing From Another World, The Invasion of the Body Snatchers, The Man From Planet X and The Day The Earth Stood Still had one warning for us. Watch the skies! There is something out there and it is coming here. Many of us as kids, like Fox Maulder of The X Files would say, “I want to believe.”

I assure you I am not wearing tinfoil on my head as I write this. I admittedly was very interested in the Blue Book that came out years ago about UFOs and the stories about Roswell and Area 51. However, it seemed likely that most of the thousands of cases investigated were explained. Nonetheless, at least 600 were unexplained which gives one pause for thought. At the very least the UFOs were just that, Unidentified Flying Objects.

Just as we thought any such government concerns were no more and that we could forget The X-Files we learned over the holidays that the issue is not dead. The Washington Post reported that in the annual defense budget there was $22 million allocated for investigating reports of unidentified flying objects. For years the program was run by a military intelligence official Luis Elizondo. The Defense Department says it was shut down in 2012, however its work is heavily classified and believed to still be in existence. Much of the money went to a company run by Robert Bigelow who is currently working with NASA to produce expandable craft to be used in space.

On CBS’s “60 Minutes” in May, Mr. Bigelow said he was “absolutely convinced” that aliens exist and that U.F.O.s have visited Earth. For decades, Americans were told that Area 51 didn’t really exist and that the U.S. government had no official interest in aliens or UFOs.   Statements to the contrary, official-sounding people cautioned, were probably the musings of crackpots in tinfoil hats.

As Joby Warrick of The Washington Post reported the program titled Advanced Aviation Threat Identification Program was a rare instance of continued government investigations into a UFO phenomenon that was the subject of multiple official inquiries in the 1950s and 1960s.

Another lesson from those old films. “We are not alone.” 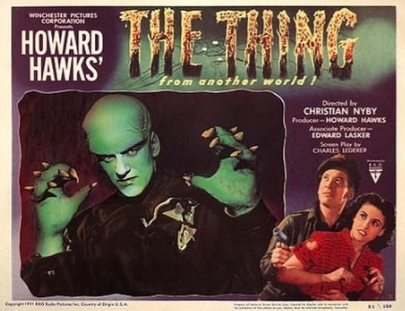 Elizondo, the former head of a Pentagon program told several media outlets that extraterrestrial life may exist. Simultaneously,the public benefit corporation he is affiliated with has raised more than $2.2 million to research “exotic technologies” affiliated with “unidentified aerial phenomena.” Elizondo said the program had found “a lot” of strange aircraft while it was in existence. “These aircraft — we’ll call them aircraft — are displaying characteristics that are not currently within the U.S. inventory nor in any foreign inventory that we are aware of.”

Though the Defense Department has been trying to underplay this story, Fox News on television has had recent interviews with pilots describing strange sightings of aircraft that clearly had abilities that none of ours had or any other nation.

In light of this news this writer was reminded of two other theories. One came from Professor Philip Klass of Penn State who opined that UFOs could be time travelers. There are also people who have studied Revelation in the Bible and think that such sightings are demonic. 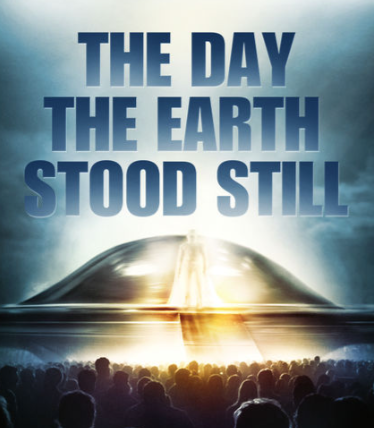 Now it may seem like a wasteful expenditure of money for such studies however that word “unidentified” should be troubling. If you rule out the idea of aliens from outer space due to distances and other things that would make such visitations unlikely then it could be more troubling. If not us then who?
If a seemingly little nation like North Korea can come up with missiles and the atomic bomb then what else is possible? It does not have to be Russia or China or a major power. In the end we might prefer Gort from The Day The Earth Stood Still as we would only have to remember to say “Klaatu barada nikto” for protection. (Look it up if you are not sure what that phrase means.)

It might be better if we found it was  Martians who colluded with the Russians.