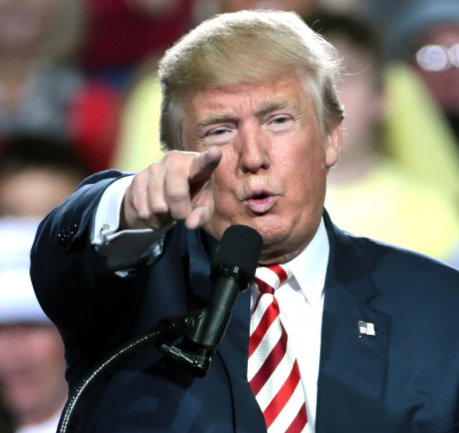 On December 28, Politico’s Benjamin Wermund published an article blaming President Trump for not reducing the cost of college tuition. As is typical of left-leaning sites like Politico no consideration appears to be allowed for the fact that the President has only been in the office for less than a year and college tuition rates have been climbing for years. All those years have been largely coinciding with the rise in federal subsidies – in the form of student loans and grants – that eliminate any incentive for colleges and universities to reduce the cost of attending their vaunted institutions.

Truthfully, there is little to nothing the President can do on his own to reduce the cost of college. The only meaningful measure the federal government could take is to pass legislation that would phase out student loans and grants over a five-year period because that is the root of this problem.

Like other subsidies conjured by the federal government to aid special interest industries – like Food (farm subsidies), Housing (Section 8 and FHA loans), Energy (does Solyndra right a bell), Labor (minimum wage laws), to name a few – student loans may be well-meaning, but are misdirected. Even colleges with enormous endowments are permitted to slurp up the dollars at the public trough of student aid. As we speak, there are efforts afoot in the hapless halls of Congress to make student aid access “easier”. The result will likely be more of the same. More debt and higher tuition. Perhaps some of those elite institutions with multi-billion-dollar endowments should be required to spend some of it on student grants before they would be eligible to enroll students on government loans and grants?

As I said, there is no incentive for colleges to economize when the student aid system provides virtually unlimited funding with which to fund their excesses. A few examples:

What would happen if the colleges and universities were placed in the position of marketing themselves on their merits alone? What would happen if the parents of prospective students were to take a closer look at how the institutions spend their money and how much of it benefits their students’ education and how much of it benefits the university at the expense of its students?

Michelle Asha Cooper, president of the Institute for Higher Education Policy, is quoted by Politico. It stands out in pointing toward the underlying philosophy that the left always trots out:

“It’s very important we do not create policies that will further marginalize students
of color and low-income students.”

Perhaps, if the costs of higher education were reduced through competition and better management with an eye toward minimizing cost to the student, that dream of free or affordable college could be implemented to allow more low-income students to attend at minimal expense without even having to play the race card in the process.

The bottom line suggests that the problem, like so many others, is more a creation of misdirected attempts by government to make college “affordable.” To the contrary, government is contributing considerably to the cost of college and a continuation of the disaster that student loans and grants have created by giving educational institutions the excuse they have needed to continue the kind of spending that inflates the cost of a college education.

The President does address the myth that every student completing high-school is best served by college attendance – a myth promulgated by academia – likely as a means of increasing demand in the marketplace. What would happen if the demand for seats in college classrooms were to be reduced? Competition is a good thing…even for education.

I would be remiss if I failed to point out a glaring problem with this whole subject. The federal government has no constitutional authority to become in any way involved in the field of education. It just is not in the document…anywhere.

My suggestion that these harmful programs be discontinued over a five-year period is aimed at not disrupting anyone’s plans if currently enrolled in college. That would be unfair.  Just about as unfair as Politico’s attempt to hang this problem around the neck of our President.   After all, colleges will need some time to trim the fat.

Daniel Greenfield: Identity Politics Works Until You Run Out of Other People