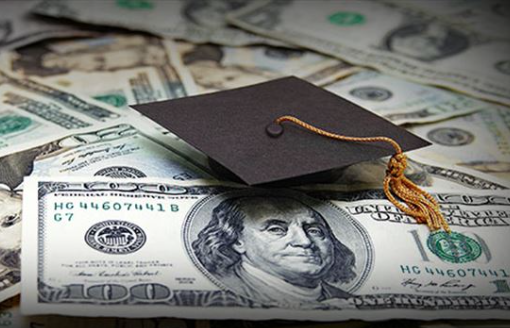 In all fairness to Politico, there may be a few points in the article that may be valid and appropriate (none of which relate to the President, incidentally). But first, let me take apart a few other typical left-wing rants contained therein.

“Many of the nation’s top schools serve more students from the top 1 percent of earners than the bottom 60 percent combined, according to a study by the Equality of Opportunity Project.”

If the leftists would wake up and see reality for once, they would immediately have their “Ah-ha” moment and realize that not all students graduating from high school are capable of university-level study. There is also the consideration that not every family can afford an Ivy-league education for one kid much less multiple siblings. The insinuation in the above quote is that the top schools are “racist.” Truth be told, Affirmative Action, while being cause for concerns over discrimination in recent years, has been in effect for nearly 50 years or more. During that time, minority groups including low-income minorities, were given preferential admissions treatment to increase enrollments among those groups. If the university or college could not substantiate their records of enrolling students of color or low-income students, they were subject to closer scrutiny, lawsuits, and other penalty measures. This preferential treatment was often given at the expense of students with higher academic grades and more diversified experiences in sports and civic activities.

Enrollment at the “top schools” requires outstanding academic records and test scores. Not everyone – regardless of social status or race – is in possession of such credentials not because of their income or race, but because every human being’s mind is unique. One has certain talents and abilities while another has completely different talents and abilities. It’s part of being human. But then, that’s not the way the leftist mind works. That is primarily because many among the chattering class of progressives have it in their mind that unless everyone is equal, something is wrong. The pie is finite so one having more than another is simply not fair. Misguided is the word that comes to mind in polite company.

The author also suggests that the current re-writing of the rules governing repayment of student loans is hurting minorities is inherently discriminatory even though the rules do not change regardless of borrower’s race or income level. Again…divisiveness is an earmark of the left-wing view of things.

Another argument: That the colleges with large endowments are being taxed on that money under the new tax reforms which takes money away from tuition assistance to students. The only endowments that are being taxed are those that exceed certain limits impacting about 35 private colleges (a miniscule percentage of colleges). Much to-do about little or nothing in the big scheme of things.

Debbie Cochrane, vice president at The Institute for College Access and Success, a frequent critic of Trump’s education policies, suggests that the Trump administration is unwise in “pitting [various degree goals] against each other…”

To the contrary, the Trump administration is simply suggesting that not every young person is desirous of, capable of, or can afford to pursue an advanced degree at the country’s top schools. There should be multiple routes toward a career path for all students. It is the level of ability, the level of invested effort, and the willingness to invest often sparse funds in the future that determines the accomplishment of that goal, whatever it may be.   While some will be limited by the latter, or any one of these, there has never been anything in the history of this country that has or does embrace the concept of any right to equal outcomes when it comes to living one’s life.

The administration’s priorities, according to the author include such things as “informed financial decision-making,” “protecting taxpayers from student loan defaults exposures,” and “protecting academic freedom…and free-speech rights on campuses.”

Are not these goals laudable given the fact that these are all sound principles under which government should be operating? As I stated in Part 1 of this essay, it is not the place of the federal government to involve itself in education at all. Encouraging sound financial planning, protecting taxpayers, and defending constitutional rights are, however, some of the things we expect of our government. What’s not to like?

Truth: The opportunities are there for all. The results are not. There is only one system that demands equal outcomes. That system is a pure form of communism. To date, no such system has ever existed other than in the minds of a few demented souls. The closest such efforts that have ever been attempted to date include the Soviet Union, Cuba, China, Venezuela and a few other third world dictatorships. Their common thread is equal hardship and poverty among all that are not among the ruling elites. That is not what America is about. I pray it never will be.

Oh, by the way, after reading the referenced article a couple more times, I had a hard time identifying much in the way of useful suggestions after all. What I found was a lot of leftist quotes to support the belief that conservative views are not welcome at Politico. Media bias? What else.