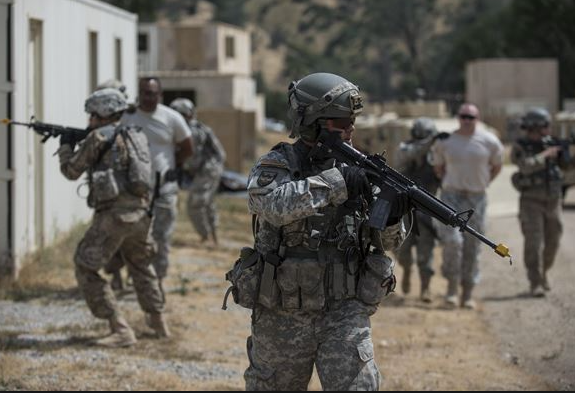 A pair of articles (here and here) over the past two months should move the discussion over transgenderism in a new direction…back from whence it came.

The first, in July 2017, written by a person who went through the entire change of sex and lived to regret it – as nearly 60% of such people do, tells it like it is. The article that clearly states the case that the un-scientific nature of the claims that Gender Dysphoria is an “error of nature” rather than a mental aberration are based on “feelings” rather than accurate, clinical science. It also points out the fact that the military must foot the bill – typically over $130K per person for the treatments needed to cosmetically change a man to a woman or woman to a man. Notice “cosmetically change” rather than “actually change…” The author, Walt Heyer, believes that it is highly speculative that those who complete the transition process will be freed from their emotional and mental problems that troubled them before the transition. He also questioned if the military would have to pay for de-transitioning those who discover after-the-fact that they really didn’t want to be changed after all. Ooops, another $130K per person down the drain.

The second article, by Michelle Critella, M.D., President of the American Academy of Pediatricians, also appeared in the Daily Signal in July 2017. Doctor Critella wisely presented a cogent case against the increasingly accepted practice of encouraging pre-pubescent children to pursue transitioning that includes hormone treatments and eventually surgery (at 18 years old). She points out that statistically, as many as 95% of children who experience various degrees of gender dysphoria prior to puberty reconcile with their biological sex before reaching adulthood. She has even gone so far as to label the encouragement of transgenderism among children as child abuse. Considering that Doctor Critella is the elected head of a nationally recognized group of doctors who specialize in the treatment of children, this article is amazing for its very existence. What is even more amazing is that she heads an organization that is made up of doctors who largely ignore her opinion and continue to support transitioning of children.

For years, the Psychiatric References considered the belief that one was born biologically the opposite of one’s “felt” gender was a mental disorder that required professional help in resolving. It was in the same class as other disorders like OCD, Bipolar Disorder, etc. Then, recently, it was changed to “gender dysphoria” in an apparent desire to “de-stigmatize” the condition and normalize its existence. As with so many similar disorders in the past 50 years, political patronization of small minority groups has trumped common sense and truth.

One thing is certain, however, just like there has never been a peer-reviewed, scientifically conducted study that demonstrates that someone is born homosexual, there is not a scrap of evidence yet presented that confirms any evidence supporting someone being born biologically male but mentally female. One’s DNA determines one’s sex. Nothing can change that. Nor does any sort of feeling on the part of an individual negate the lack of scientific evidence.

Until such evidence to the contrary is presented in a manner that bears up under scrutiny, the military of the United States should not be turned into a politically-controlled laboratory for social experimentation that results in any percentage of our fighting force being pre-occupied with mental insecurities or concerns over medical treatments when they are supposed to be focused completely on protecting our country. It simply makes no sense. President Trump was correct in choosing to bar those who have or wish to transition to the opposite sex from enlisting or serving in the military. It is unfortunate that the decision has already been reversed as of this writing by an un-elected judicial activist who clearly does not understand Constitutional Law. As the commander-in-chief of the military, standards for enlistment are under the President’s and the Department of Defense’s exclusive jurisdiction unless over-ridden by Congressionally promulgated law. No such law exists at this point. Does anyone else foresee the judge’s intervention as another attempt to add another protected class to the list that continues to grow? Let’s hope not.

Daniel Greenfield: Identity Politics Works Until You Run Out of Other People