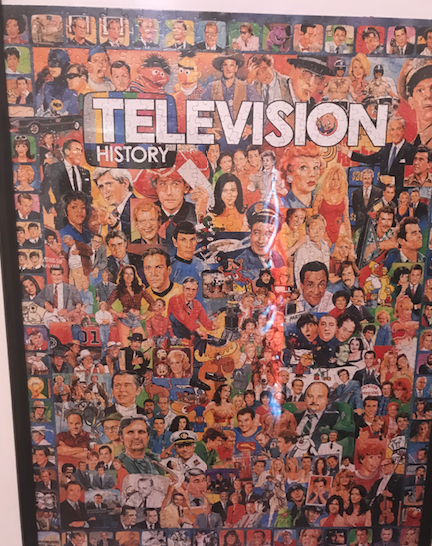 Not content to comment/protest/riot over what they perceive are the problems with our current society, the SJW are now attacking classic television. Specifically, the TV shows MASH, Taxi, WKRP in Cincinnati,  and Cheers. Oh, and the cartoon character Pepe Le Pew.

WKRP? Are you kidding me? They cite the behavior of Herb towards Jennifer. Did they even watch the show? Jennifer ALWAYS got the best of Herb. And she was the strong personality that held all the “misfits” together and pretty much ran the station (along with Andy). One of my favorite exchanges came from the tornado episode where Andy was knocked out and Jennifer prepares to perform CPR:

Herb: You know mouth to mouth?

Jennifer: I know all sorts of things.

The SJW might want to look further because they also missed other more obvious ones.

How can you overlook Archie’s treatment of Edith and his constant demand that she stifle herself? Or The Fonz picking up women at the snap of his fingers? (I imagine a lot of men watching that show wished they had that ability!) Or Captain Kirk’s insatiable desire to seduce every female he comes across, including an android. I guess the Prime Directive didn’t cover that!

But as I pondered this further, a thought came to mind – what about female sexual aggression? While not as common as the male aggressor, it does happen. And it has happened on many TV shows.

Regarding Star Trek, there were occasions when the roles were reversed and the women pursued Captain Kirk (and how!).

In the episode, “A Private Little War”: Kirk is injured and then saved by Nona, a Kahn-ut-tu woman using a mahko root. She then proceeds to seduce him by using a magical leaf, casting a spell that causes Kirk to fall in love with her. Did Timothy Leary write this particular script?

“Elaan of Troyius”: Kirk comes into contact with the tears of Elaan, a biochemical love potion (#9 I presume) thru which she causes the Captain to fall in love with her. This leads to one of the most “interesting” lines in Trek history: “Captain, that ancient earth custom called spanking – what is it?”

The SJW totally missed this potential to physical violence.

There was another scene in this episode which is funny if you think about the character of Elaan having the mentality of the current snowflakes among our younger generation:

Elaan: Were you responding to my demand for better quarters?

Captain Kirk: There are none better. I suggest you make do with these.

[She grabs a pillow angrily]

Captain Kirk: There are no more available, but if that’s the only way you can get gratification, I’ll arrange to have the whole room filled from floor to ceiling with breakable objects.

Elaan: I will not be humiliated!

Captain Kirk: Then act in a civilized fashion.

Elaan: I did not give you permission to leave!

Captain Kirk: I didn’t ask for any.

Elaan: [screams while pounding a pillow in frustration] OOOOOOH!

Spock is not immune from this either. In “This Side of Paradise” he is led by Leila (not to be confused with Eric Clapton’s “Layla”) to a weird flower which sprays spores on the normally logical Vulcan and makes him go loopy in love with her. In essence she “roofies” Spock! (There seems to be a lot of that on Star Trek, now that I think about it). The next time we see Spock he is hanging from a tree. Too bad they didn’t think to use the Turtle’s “Happy Together” as background music.

Then there’s The Nanny where Fran relentlessly pursues Maxwell. This goes on for 6+ years until the weakened chap can’t take anymore and proposes (without taking it back I may add!).

Bewitched: Endora is constantly bullying Darrin, calling him names and frequently turning him into an monkey or some other type of animal.

Gilligan’s Island: Ginger flaunts her femininity to get what she wants. How many times did Gilligan knock himself silly trying to escape her seductions? And if that’s not bad enough, when Mary Anne thinks she’s Ginger he is caught up in her arms as well and forced to kiss her while rehearsing a scene!

Mary Anne (as Ginger): When I’m with you my temperature rises, flames leap up around me, smoke fills the air. I’m on fire!

Gilligan: You don’t need me, you need Smokey the Bear!

Gilligan wasn’t the only one suffering in this episode. The whole crew had to eat Ginger’s Fish Pie! 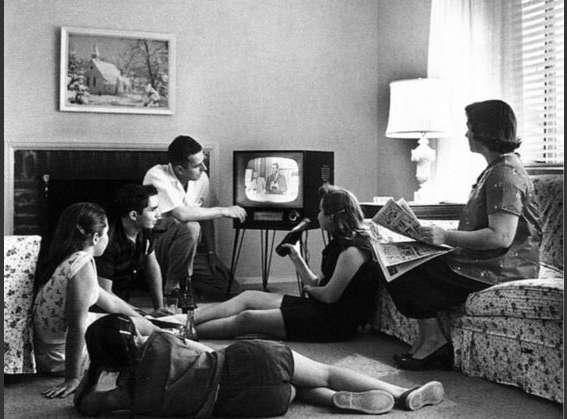 The Mary Tyler Moore Show: Sue Ann Nivens was much more than the Happy Homemaker. She pursued Lou Grant (and others) with reckless abandon.

The Andy Griffith Show: Sheriff Andy Taylor was no match for the schemes of one Charlene Darling and the Darling Family. She chased Andy until she “tree’d him”. It was only the curse of the White Horse with a black rider traveling east to west that saved him.

And Barney was the innocent victim of a con-team who tried to sue Deputy Fife for breach of promise after Melissa Stevens charmed him by turning off the lamp because the light was “bothering” her eyes:

Barney Fife: What? What? Hear what?

Gladys ‘Melissa’ Stevens: Daddy, guess what? Barney has just proposed to me.

George Stevens: He did?

Gladys ‘Melissa’ Stevens: He did.

Barney Fife: I did?

Thankfully Andy figured out that she wouldn’t want to be involved with a squirt.

Happy Days: While the Fonz was normally in control, there was that time when he asked Richie to watch his girl while he went to a demolition derby. It wasn’t long before Richie’s resistance was “demolished” from the romantic onslaught of Fonzie’s girlfriend, Denise. Mrs C tried to stop it with a nice bowl of animal crackers but Richie soon found himself at Inspiration Point where she made her move (at the 8:00 mark for those who can handle it!):

Richie:No I can’t do it. You’re Fonzie’s girl.

Richie: I keep forgetting that…

Batman: How many times did Julie Newmar slink onto the screen and entice Batman to join her in a life of crime? Some examples:

Catwoman: Batman, Batman why for art thou doing this to me?

Catwoman: We could make such beautiful music together.

Robin: You’ll play a different tune when we’re through with you, and all the notes will be sour.

Catwoman: Party pooper, teenagers should be seen and not heard. Alright boys, destroy the Dynamic Duo.

Catwoman: Shortly thereafter, your brain will turn to BLEEECCHHHH. True, I will have to sacrifice your intellect, but with a build like that…Well, one can’t have one’s cake and, um, eat it too. Toodle-ooo!!

Batman : I’ll do everything I can to rehabilitate you.

Batman : Everything except that. A wife, no matter how beauteous, or affectionate would severely impair my crimefighting.

Catwoman : But I could help you in your work. As a former criminal, I’d be invaluable. I can reform, honestly I can.

Batman : What about Robin?

Batman : I see you’re not really ready to assume a life in society.

I Dream of Jeannie – The entire series was an attempt by Jeannie to get Major Nelson’s hand in marriage using magic.

Family Matters and Myra’s hot pursuit of Steve Urkel (not to be confused with Stephan). Don’t show the SJW this scene:

Steve: Is this Paradise Bluff?

Myra: Well this is the bluff….now let me show you why they call it Paradise.

And lastly, since cartoons are also open game (apparently), a couple of items from Peanuts need to be addressed:

Peanuts: Lucy’s obsession with marrying Schroeder and Sally’s infatuation with Linus. Sally constantly degrades Linus by saying “Isn’t he the cutest thing?” and calling him her “Sweet Ba-boo” which I am pretty sure is some sort of sexist term (Ashley Judd would know for sure). She also violently attacked Linus in the pumpkin patch, practically shaking his head off!

So the next time you tune in for a nice quiet evening of classic TV watching on ME-TV, just keep these things in mind – and laugh at the silliness of it!

Principled in the Macro/Compassionate in the Micro? Not Really.