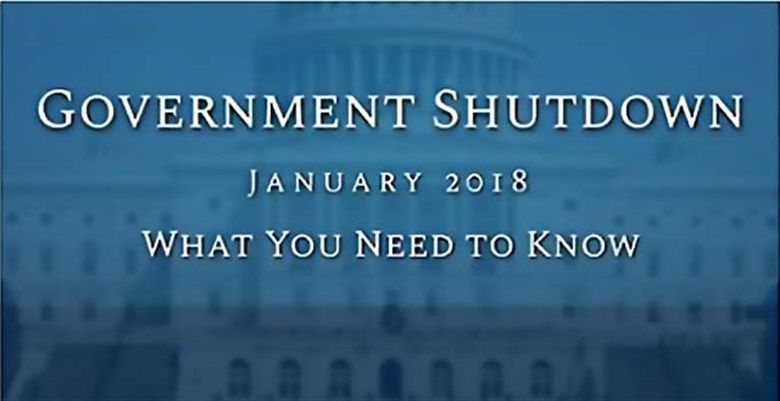 Basically, here is where we are: The House passed a bill Thursday evening to keep the government running. It failed to pass cloture in the Senate 50-49 (60 votes are needed for that). The Democrats, led by Chuck Schumer, have decided to be obstructionists and let the government shut down. There was nothing in this bill that the Democrats oppose. But since it doesn’t address DACA, Schumer is adamantly refusing to compromise and take that issue up at a later date. This is an interesting position since in 2013, Schumer was singing a different tune:

“It was not a hard line on the substantive issues,” Schumer replied. He continued, “It was a hard line saying, unless I get my way I’m going to shut the government down, I’m going to risk default for the nation. Now anyone can do that.

“I believe in immigration reform. What if I persuaded my caucus to say I’m going to shut the government down, I’m going to not pay our bills unless I get my way. It’s a politics of idiocy, of confrontation, of paralysis.”

So by his OWN definition, Senator Schumer is now an idiot.

President Trump has masterfully positioned the Democrats into a corner, forcing them to choose between American children (with the extension of the CHIP program in the bill) and children of illegal immigrants (the so called Dreamers. Funny how that term is NEVER applied to American children and their dreams). And in rejecting the House bill and shutting the government down, Trump has exposed their hand. As I wrote about earlier, Democrats feel more and more desperate to grant amnesty to illegals as their voting base gets smaller and smaller. They are also completely controlled by their radical leftist base that will settle for nothing less than total amnesty.

For once the Republicans have been effective in staying on message and getting that message out:

Paul Ryan: “Senate Democrats have let down our troops, our children, and all Americans. They will do anything to appease their base, even shut down the federal government. There is nothing in this bill to keep the government open that Democrats actually oppose, and yet they are blocking it nonetheless in a dangerous political ploy. All of this is just unnecessary. It is reckless. Senate Democrats have brought us to a shutdown.”

Sarah Sanders: “Senate Democrats own the Schumer Shutdown,” Sanders said in a press release just minutes before the midnight deadline. “Tonight, they put politics above our national security, military families, vulnerable children, and our country’s ability to serve all Americans.”

White House Statement: “Tonight, they put politics above our national security, military families, vulnerable children, and our country’s ability to serve all Americans. We will not negotiate the status of unlawful immigrants while Democrats hold our lawful citizens hostage over their reckless demands. This is the behavior of obstructionist losers, not legislators”

Some polls are showing more voters put the blame on Republicans than Democrats. If that is the case then why did Democrat Senators in Red States vote FOR cloture: McCaskill (MO), Manchin (WV) and Jones (AL) among others.

Negotiations have continued over the weekend but for now President Trump is maintaining his position and forcing the Democrats to come to the table. You know it wasn’t a good day for Senator Schumer on Friday when he passed by several microphones without talking!

Tom Fitton Discusses What Judicial Watch is Doing to Save America!