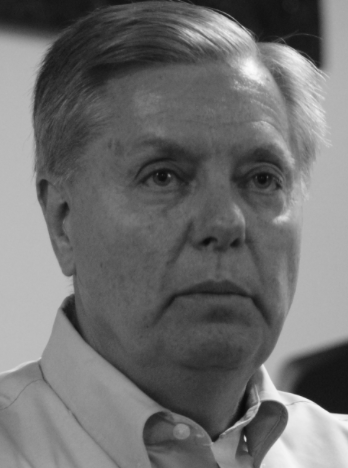 On the one-year anniversary of the inauguration of President Donald Trump, we awake to find the government in shutdown mode. Thanks, in most part, to the Democrats and a few others.

As we watched this playout over the course of the last two weeks Senator Lindsey Graham of South Carolina was front and center (a place he likes to be if you have every watched him work the Sunday morning show circuit). But he is not on the side you would think for a Republican senator.

The question conservative voters in South Carolina have been asking for years resonates even louder today: Who do you really represent, Senator Graham?

This shutdown of the Federal government did NOT have to happen. The Schumer Shutdown as it is appropriately being called was a desperate attempt by the Democrats and very left leaning Republicans like Lindsey Graham to force a deal on DACA.

A deal is a settlement of a dispute that is reached by each side making concessions.

But a deal on DACA is not really what they wanted. The President was ready to compromise and negotiate a deal that both sides could agree to. He said just that in an unprecedented live televised meeting with members of both parties on January 9th.

In yet another attempt to be relevant and in the spotlight, Senator Graham partnered with Schumer and others to bring the President a proposal on immigration reform that looked more like a platform for someone running on the Democratic ticket. It included everything that Democrats wanted related to DACA.

What it did not include is anything that the President and conservative Republicans are interested in; border security, the end of chain migration, funding for the wall, just to name a few.

The proposal was rejected outright with the President saying no deal. Good for him!

What followed was a deliberate campaign launched by Republican Senator Lindsey Graham (and featured on every nightly newscast) to convince the people of this country that our President was not being true to his word. This after bringing the President a “deal” that included everything the Democrats want and nothing the Republicans want.

Then in an attempt to punish the President for not agreeing to their one-sided deal, Graham and his cronies attach DACA provisions to the budget bill thus forcing a shutdown of the Federal government.

DACA is an important issue but one that has time to be worked out with true compromise. This week, in an interview, Senator Graham said he supports the “dreamers” and will fight for amnesty for all of them.

At some point in this process Graham was quoted to say that “this whole thing has turned into a sh**show.” He’s right about that and we need to give him full credit for creating such a mess.

Senator Graham, when will you start fighting for the values and issues of concern to the people you are supposed to represent? You clearly care more about the illegals than Americans.

South Carolina constituents are tired of your theatrics and support of the liberal agenda.

Brenda Stewart is a conservative and Christian activist whose patriotism and support for our military has been steadfast since a very young age. Born in Karachi, Pakistan, she is proud to have been an “Army brat” and thankful for the experiences she and her family had during her childhood. A long time resident of South Carolina, she is active in numerous conservative groups including the local Republican and Tea Party groups. A veteran marketing executive, she founded Stewart Marketing & Consulting in 2011 after nearly three decades of legal management experience. She works with lawyers and law firms of all sizes to help advance their strategic planning and marketing efforts. She is also an in demand speaker/trainer and author of “Intentional Marketing: Building Your Legal Practice One Relationship at a Time.” For more information, go to www.stewartmarketingandconsulting.com.

Video of The PolitiChicks in South Carolina Talking About Hollywood & ACTIVISM