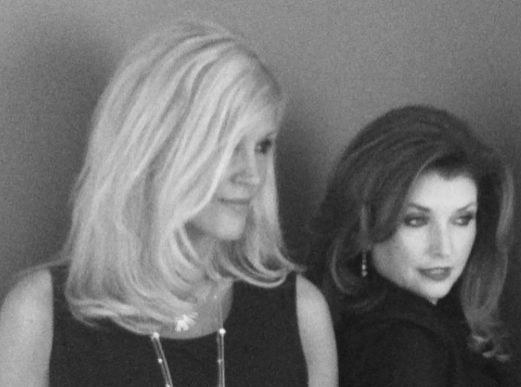 From Washington’s Political Chaos to Hollywood’s Casting Couch:  The PolitiChicks Come to Greenville to Share an Insider’s Perspective

Greenville, SC. Jan. 8, 2018 – The Greenville and Laurens County Tea Parties will host “An Evening with the PolitiChicks” on Thursday, January 18th at Zen in downtown Greenville.

PolitiChicks Ann-Marie Murrell and Morgan Brittany, authors, actresses and conservative media personalities, have appeared on dozens of television and radio shows and speak extensively at events throughout the United States.

Morgan Brittany, a movie/television star (known for her role in the television show Dallas, The Andy Griffith Show and the movie The Birds) will provide an insider’s perspective on the recently exposed casting couch in Hollywood and Ann-Marie Murrell will address the dangers of ridding America of Alpha-males.

Other topics to be covered include conservative activism and why resting on laurels is not an option; how leftists are attacking daily and why they will never let up; why President Trump won the election and more.

The event will begin at 6:00 pm with an informative and engaging panel discussion followed by a book signing and photo ops from 7:00-7:30. Books will be available at the event for purchase.

The event is open to the public but registration is required (https://tinyurl.com/y8lklgwh).

About the Sponsoring Groups:

The Greenville and Laurens County Tea Parties work at the local level to attract, educate, organize, and mobilize fellow citizens to help make their respective communities a better place to live and to promote individual freedoms.