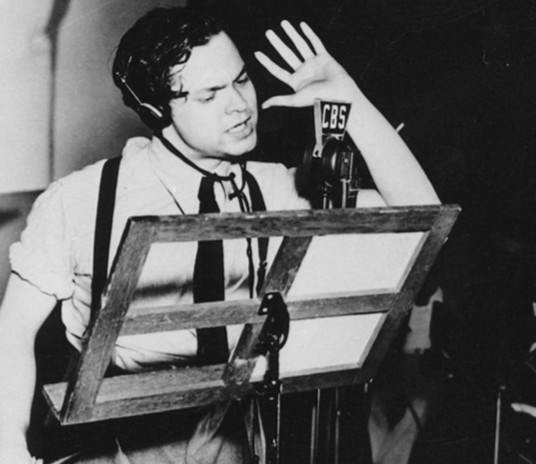 The influence of scare media is ever with us and has been for a long time. A classic example of this happened eighty years ago this October. Actor Orson Welles was only 23 years old when his Mercury Theater company decided to update H.G. Wells’ 19th-century science fiction novel War of the Worlds for national radio.

The show was realistic enough for million of listeners who tuned in late and heard music supposedly from the Meridian Room of the Hotel Park Plaza in New York and then a series of announcements. Sunday evening October 30 in 1938 was prime-time in the golden age of radio, and millions of Americans had their radios turned on. But most of these Americans were listening to ventriloquist Edgar Bergen and his dummy “Charlie McCarthy” on NBC and only turned to CBS after the story of the Martian invasion was well underway.

The first landing was announced to be in Grovers Mill, New Jersey a site that today has a plaque dedicated to the event. There were various experts opining what was going on and then the attack happened and it was announced that there was panic. That triggered real panic in parts of the country. 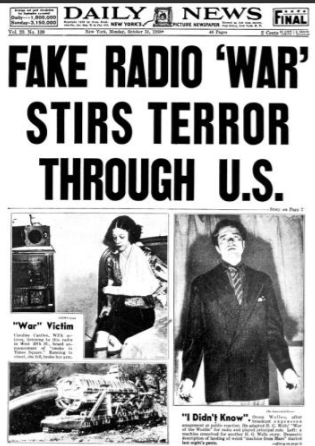 Millions of radio listeners believed that a real Martian invasion was underway. There were people contacting police and fire departments as well as radio stations in fear that it was the end of the world. This was not just in the New Jersey area as in researching newspapers parts of the nations there were reports of countless calls to the police and people packing to head for the hills.

When news of the real-life panic leaked into the CBS studio, Welles went on the air as himself to remind listeners that it was just fiction. The Federal Communications Commission investigated the program but found no law was broken. Networks did agree to be more cautious in their programming in the future. For Welles it was the beginning of a great career.

It may seem strange that people in the United States at that time were not more sophisticated, however science fiction on radio was very rare. It was also a time of international concern with the Japanese invasion of China and the beginning of the Nazi takeover in Europe. Despite President Franklyn D. Roosevelt assuring us that we would not be involved in another foreign war we were getting geared for it to happen. 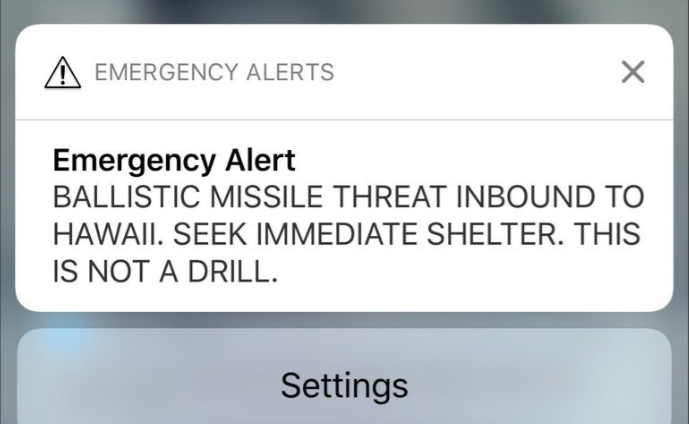 Last week we were startled to hear an alert from Hawaii that a missile was headed there and people were told to find shelters and be prepared. Not just television and radio but Facebook and Twitter lit up with stories from Hawaii about the missile. North Korea was obviously considered the villain responsible. People across the nation heard about it faster than the news spread about the Martian invasion. Forty minutes later we learned it was a false alarm, someone pushed a wrong button. It must be said that with Pearl Harbor behind them the people in Hawaii were calmer than the ones in New Jersey in 1938.

The electronic media today with the addition of social media can have a tremendous effect on how we react to a crises. We have not changed that much in the past eighty years and just as right now there are investigations and promises in Hawaii that this will never happen again, we never know. With concerns about North Korea and other areas of the world we have to carefully parse information as much as possible on our own as government cannot always do it for us.

I have played the show about the Martian invasion in sociology classes to show how the media can tweak your thinking. It is worth your getting a copy to see what so stirred the nation back then. The goal of the Martians was both the hunt for slaves and for food. We were to be the food. I won’t be a

spoiler. Play it late at night in the dark and pleasant dreams.

Daniel Greenfield: Oprahism and the Church of Obama