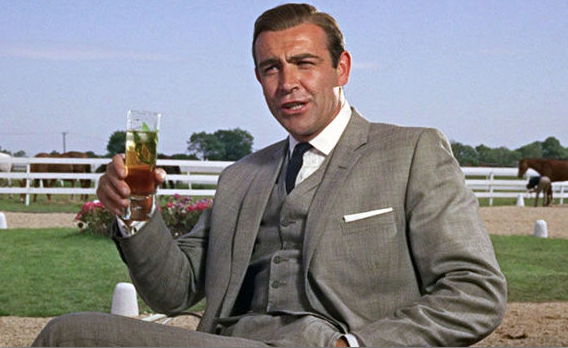 Millennials have a new target: James Bond. The early Bond films are being called sexist in plot and Sean Connery has been described as “basically a rapist.” The women in the Bond films are seen as mindless bimbos who are fair game for the lecherous 007.
It is clear that these new watchers of the old James Bond films have not really evaluated the roles of various women or are familiar with the Ian Fleming books and the time the books and films came out. A real evaluation of what the media labeled as “the Bond girls” will reveal independent women for the most part ahead of the time they were on film. Just to give a run down of these very extraordinary women this writer will deal with just a sampling.
The first Bond film Dr. No was released in 1962 and on the big screen Honey Rider (Ursula Andress) was to set the tone for Bond heroines. Honey could be dangerous and it is revealed that after being raped as a young girl she got revenge with a poisonous spider. Bond hoped that would not become a habit. In the book version at the end she informs Bond that her owes her slave time.
From Russia With Love, the second film, a pattern followed in several 007 Bond movies. James’ life is saved by the female lead. Taitiana Romanova (Daniela Bianchi) kills the arch villianous Rosa Klebb (Lotte Lenya) who is about to kill Bond with poisoned knives in her shoes. This happens again in the climax of Thunderball when Domino Vitali (Claudine Auger) shoots Largo (Adolfo Celi) the villain who is about to Kill Bond. There are other times in other films when 007 finds he is very dependent upon the women he is involved with for his life. 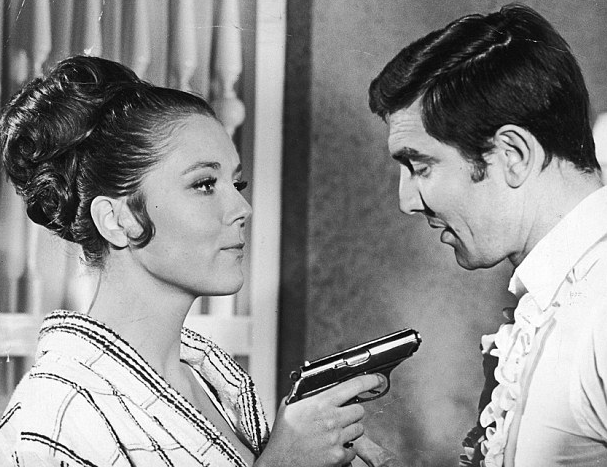 Tracy Vicenzo in On Her Majesty’s Secret Service was anticipated to be one of the best as the role was played by Diana Rigg of the well loved TV series The Avengers. She was one very skilled fighter on TV and that carried over to her Bond role. Tracy was enough of an independent woman to win the heart of 007 and they get married. Though killed by the top Bond villain in several films, Blofeld, her influence was enough to have one critic write “they should have killed  Bond (then portrayed by Roger Zelazny) and not her.”

Another alumni of The Avengers, Pussy Galore, played by martial arts specialist Honor Blackman took audiences by surprise in Goldfinger. The name might give evidence to the Millennials that they are right, however they do not know the woman behind the name. An ace pilot with her own air craft company she is a villainous for much of the film. Then after understanding the horror of poison gas being used on an innocent population she becomes a true heroine on her own. Bond does not easily win her over and she is not intimidated by the film’s villain Auric Goldfinger (Gert Frobe).

Two of the most interesting women who were villains in the early Bond films added a flavor that is well remembered today and this writer has the pleasure of knowing both. In Thunderball Finoa Volpe (Luciana Paluzzi) was a deadly woman who let Bond think he had seduced her and then laughed in his face about his “so called reputation” with women. Bond barely gets away from her alive. After the film was made Luciana and Sean Connery became very goodfriends and she told this writer he was very conscious of the strong image women should have in film. 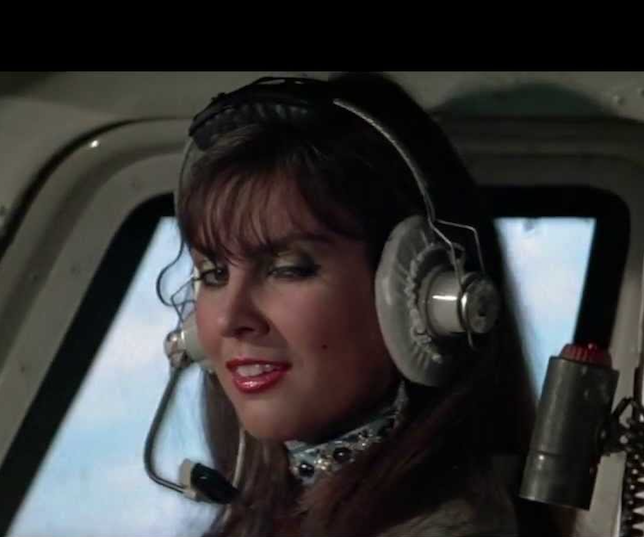 In The Spy Who Loved Me, one of the many Bond films that did not follow the books they were named for, Roger Moore was in his third Bond film. In this film the villainous Naomi (Caroline Munro) is expert in many fields and as a helicopter pilot nearly kills bond as he tries to escape in his Lotus Esprit submarine car. Before Naomi unleashes fire power she gives Bond a wink, something Caroline inserted outside of the script. Caroline was and remains so popular with fans that she is a favorite at James Bond conventions and in helping promote the 007 franchise.

The Millennial critics for now have concentrated on the early Bond films and those are the ones dealt with here. It should be mentioned that the late Ian Fleming who originated the Bond books saw his hero as rather ordinary and not as romanic as the film version. In the books there are women who either leave bond for another man or who are just not interested.

Of course both authors of books and screen writers can never be sure what audiences may see  in their stories. Theologian C.S. Lewis opined that there are  times when God will put hidden messages that only a reader or film audience member will pick up. That is the theme theologian Ann S. Boyd covered in her book The Devil With James Bond. The author was planning her thesis for a Masters and saw the film Goldfinger. There were elements that attracted her like the redemption of Miss Galore that led her to reading the books. In James Bond she saw a modern St. George who had to fight the evil dragons like Hugo Drax in Moonraker. The name Drax itself is connected with a dragon, serpent or Satan.

In that same book there is a scene that reflects other happenings in the life of this secret agent. Bond is concerned that he is the only one suspicious of Hugo Drax who has been setting himself up as a popular hero. Especially with the UK’s establishment. He is pondering this as he walks a London street and as he nears a corner is stunned to see a flaming message in the sky, “Hell is here. Hell is here.” He discovers after a few steps that part of the sign had been blocked from view and actually reads “Summer Schell is here.” Nonetheless it influences his thinking.

One has to wonder who the Millennials will attack next.