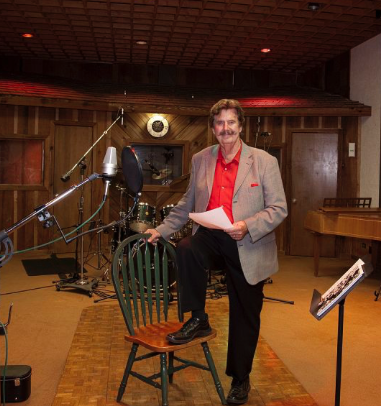 The recent passing of Muscle Shoals Producer/Musician/Songwriter Rick Hall makes me pause once more. On a human level, it makes you think of your own mortality and the impact that we can have on people’s lives, whether we know them or not. As a devout musician and fan it also makes me reflect on the holes in our culture. The sad fact is that many new artists or new producers are not anything like Rick Hall.

Don’t get me wrong, this is not the nostalgia trip of some aging creature. I like some contemporary artists that have paid their dues like Ray LaMontagne or great musician/producers like the Black Keys’ Dan Auerbach, among others. Soul, grace, talent, technique and the human element of music always gets my attention. A great lyric or a great performance always inspires me to continue performing and creating. It becomes the soundtrack of my own existence and that continues to be an active one.

But it saddens me, as an American music historian, musician and writer, to have written in recent years obituaries for such great artists as B.B. King, Allen Toussaint, Prince and Gregg Allman. It becomes almost wearying. Granted, we all pass from our physical bodies to become part of a larger firmament, but I see no replacements on the horizon for the aforementioned artists. The recent deaths of artists such as Chuck Berry, Fats Domino and Tom Petty further drive home that point.

It used to be that people played their own instruments and wrote their own songs. People used to sing with a voice perfected by life and practice as opposed to fixing it with digital trickery.  Active electronics have replaced the active soul.

Who is responsible for that? Well, throwing subtlety out the window, we are responsible as audience members. We do not demand anything better from our pop dudes and divas. Instead of being riveted by a performance, we seem to be more riveted by the presentation. Instead of absorbing a lyric into our memory, we now have the attention span of goldfish and are more astounded by what the performer is wearing. We used to pay attention to what the performer had to say. Now we pay more attention to who they are sleeping with. Think contemporary music is mediocre? Well, don’t embrace the mediocrity.

Let us consider the life of Rick Hall. It is broader than just the passing of a famous music producer. It reads almost like an unknown, William Faulkner Southern tragedy novel considering Rick Hall’s beginnings. He was born on January 31, 1932 in Tishomingo County, Mississippi to sharecropper and saw mill worker Herman Hall and his wife, Dolly. He was raised in abject poverty, living in houses with dirt floors and an oil drum fire for heat.

When Hall was about three years old, his mother was washing clothes in a wash pot. The water was boiling hot. His brother was playing nearby and fell into the wash pot. He died three days later because of the severe burns he had suffered. This lead to a decline in his mother and father’s relationship. When Hall was four, his mother left the family and became a prostitute shortly thereafter. This lead the Hall family to move to Alabama to put some distance between them and their sorrows.

In the course of his life, Hall experienced further tragedy with the death of his first wife in a car accident.

Years later, after becoming a successful record producer and studio owner, Rick Hall bought his father the one thing he had always wanted; a tractor. A few months after the purchase, his father was killed in a tractor accident.

At times, because of his background and the tragedies he had experienced, Rick Hall became embittered. That is understandable. Yet, he rose above the hallways of hell he had to walk down. The sorrows he experienced made him more determined to be a success. After a stint in the Military, various gigs with a variety of bands and an early, aborted attempt at operating a recording studio Rick Hall found his true destiny when he in opened Fame Studios in Muscle Shoals, Alabama in 1960. He had immediate success with hits by Southern Soul artists such as Jimmy Hughes and Arthur Alexander.

In 1985, Rick Hall was inducted into the Alabama Music Hall of Fame. In 2009, he donated a home to a charity for abused and neglected children. He was the main focus of the 2014 documentary, “Muscle Shoals.” Additionally, in 2014, he received the Grammy Trustees Award for his significant contribution to the field of recording. As a songwriter, his songs have been covered by such artists as Roy Orbison and Brenda Lee. In 2015, he published his memoirs in the book, “The Man from Muscle Shoals: My Journey from Shame to Fame.” In December 2016, he received an honorary doctorate from the University of North Alabama. His most famous group of studio musicians, affectionately known as The Swampers, opened their own studio and recorded many great musicians in their own right. Hall did remarry and remained devoted to his wife Laura until the end of his life and raised two daughters, Ruthie and Eva. After a long battle with cancer, Rick Hall succumbed to the disease on January 2, 2018.

Many human beings who have a horrible early life make the rest of the world suffer for the rest of their existence. Rick Hall found a way to move from sorrow to transcendence and gave us a soundtrack incredibly broad in it’s emotional depth and reach.

So when you slow dance to Etta James’ “I’d Rather Go Blind,” pester your local bar band to play “Mustang Sally” or enjoy any of the great songs recorded at Fame Studios, lift your eyes to heaven and thank God for Rick Hall.