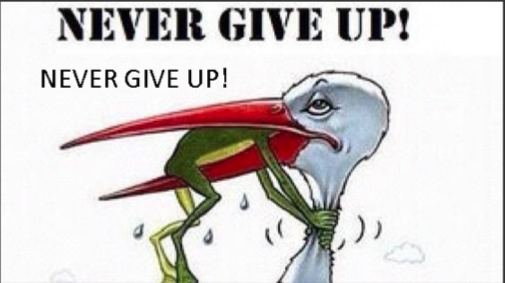 Recently two bills were introduced in both the House (HR-4843) and Senate (S.2105) to right a wrong that has been perpetuated by the Veteran’s Administration (VA) for fifty years or more.

You see, while Vietnam Veterans are, by law and by rule of the VA presumed to be exposed to the many ‘rainbow’ herbicides (Agent Orange being just one of about 15-20 different types) during the period of their use (Approx. 1962- 1973).

However, thousands of veterans served at bases that largely supported the air war against North Vietnam via bases located in neighboring countries but primarily in Thailand. More than a half-dozen bases located in that country were exposed to the use of herbicides to clear perimeter vegetation as a base-defense measure since many were located in thick jungle areas outside of the cities. The VA has acknowledged the spraying of these bases, but has limited the presumption of exposure to the herbicides used to only a few isolated occupational specialties such as Security Police or K-9 handlers who regularly patrolled around the perimeter of the bases.

Unfortunately, many of the sprayings were conducted by truck-mounted sprayers and back-pack sprayers. According to Army Field Manual 3-3 published during the war, spraying with these devices should be kept at least 500 meters from any fields containing food crops to avoid damage because the wind could carry the spray mist at least that far. Now, 500 meters is over ¼ mile. Spraying was to be conducted only when the wind speed was under 10 miles per hour, which was rare in Thailand. The wind was always blowing to some extent. Given these facts (I can bear witness), the bases were relatively small when compared to U.S. military bases. Many of the bases were small enough that the drift-zone covered a large percentage of the area within the base perimeter. Within this zone, hundreds of people walked, drove, ate, slept, and lived and, more importantly, picked up that residual sprayed material – including Dioxin which is potent in even trace amounts – on shoes, clothing and equipment and very likely transferred it throughout the base.

For this reason, to limit the presumption of exposure to two-or three-occupational categories is to ignore the obvious. These bills expand the presumption of exposure to all service personnel assigned to any of the named Thailand and/or Army bases/outposts in that country. By doing so, it is no longer necessary for a veteran trying to establish a claim for compensation to prove he/she was actually exposed to herbicides. This is a nearly impossible task given that most archived unit records from the military are horribly short on or devoid of details of this sort. My attempts to find a record of my service in Vietnam (about 4 months temporary duty in Saigon) went unanswered even though I found someone that remembered I was there 50 years later. Payroll records from that period are non-existent either.

Vietnam Veterans have been presumed to have been exposed to the hazards connected to herbicide spraying for many years simply by showing through copies of orders or testimony of witnesses that they simply stepped off the plane anywhere in Vietnam. That’s all that is required…boots on the ground. It is beyond time to extend the same presumption to those who worked hard to ensure that the veterans in Vietnam got the air support they needed to survive their duties in-country.

These bills correct that wrong and deserve broad support from both houses and both parties in Congress. I would like to appeal to our readers to contact their Representative and Senators asking them to both support and add their names as co-sponsors to these bills at your earliest possible opportunity. Many veterans suffering from the many diseases associated with these herbicides do not have a long time to wait. It can make the difference for them and/or their families. I, for one, will appreciate your efforts. Many others will, as well.