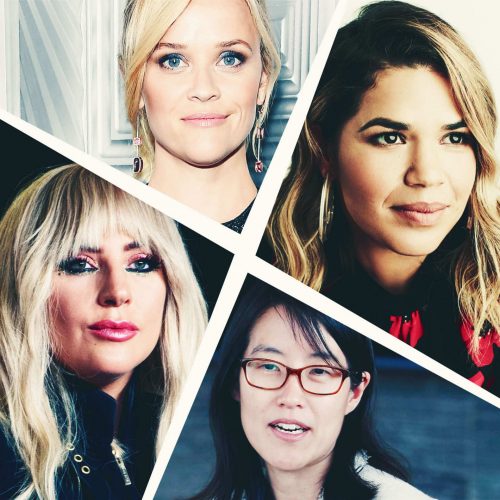 It looks like Hollywood is going to war and it is a war between men and women.  According to the blog Deadline Hollywood women are beginning to fear a backlash against them from some of the most powerful men in Hollywood.  Because of the rabid and “rush to judgement” mentality over sexual harassment that is saturating Hollywood right now, women are beginning to realize that they may have overstepped their bounds by turning a serious and timely subject into nothing more than a witch hunt.

Hollywood is a “boy’s club”, a “boy’s town” and it always has been.  Powerful men and to a much lesser extent, women, pull the strings and manipulate the futures of those less powerful who will do anything for fame and fortune.  When the powers that be are threatened, you can be sure that there will be hell to pay proving that the blacklist is alive and well.

An award winning show runner remained anonymous in this article while stating: “There are a lot of women staying quiet, worried that the boys are keeping a list for those who go public,” she added. “It’ll happen later, under the radar, a lot of it will be unspoken even, but careers will be sidetracked, promotions blocked, I just know it. That’s always been the way this town has worked.”

Unfortunately, the liberal women of Hollywood didn’t strategize and plan their attack against sexual harassment, they just arrogantly jumped in with swords drawn, slashing and burning without any goal other than destruction.  Perhaps this will work for the A list actors  who have a solid foothold in Hollywood right now, but it won’t work for the lower level struggling performers who speak out against their possible employers.  This is why you are hearing very little from the “less famous” victims.

The other backlash that is already beginning to surface is the fact that men in hiring positions are more comfortable hiring other men in jobs where women were making major strides.  The men are thinking twice because they don’t want any type of allegation surfacing ten, twenty or thirty years down the road from something they may have said in an office that was considered innocuous at the time.  In their minds they would rather be safe than sorry.  Looking at the carnage and destruction from allegations as harmless as complementing a woman on her looks is making men re-think their associations within the workforce.

Sexual harassment and any type of pay for play is a serious subject and should be dealt with in a legal and intelligent way.  Unfortunately Hollywood and the #MeToo movement have fired the first shots in the war, but their bullets are not hitting their target.  The men may be wounded, but they will come back fighting and I’m afraid women may lose ground in this fight.