In October, 125 psychologists and assorted mental health professionals marched to New York’s City Hall while wearing red tags warning, “DANGER.” Leading the march was Peter Fraenkel, author of Sync Your Relationship, Save Your Marriage, mournfully beating a drum in a solemn march. Fraenkel, a psychologist and “professional drummer” was able to combine his love of drums and hatred of Trump. 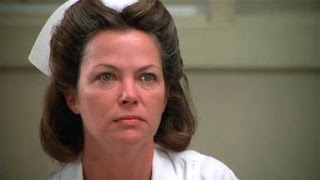 The ‘Duty to Warn’ march had begun at New York Law School where the experts demanded that Trump be removed from office based on their inability to understand the 25th Amendment. And then the mental health experts marched to the beat of Fraenkel’s drum in what they insisted was a “funereal and dignified” procession.

“Please wear professional attire or dark clothing,” the mental health experts were instructed. “There will be a slow drum beat, ‘DANGER’ tape, and flashing warning lights.”

The paperwork urged, “Bring a drum if you have one” and, “come as your solemn, concerned self.”

If only the organizers had put a fraction of their obsessive delusions into actually trying to justify the claim on their shiny blue banner that, “Trump is psychologically unfit to lead this country.”

There were no drums when Bandy X. Lee, the organizer of Yale’s ‘Duty to Warn’ conference showed up on Capitol Hill to “brief” Dem politicians about Trump’s mental illness that she diagnosed over Twitter. Lee, a self-proclaimed expert on the prison system, apparently isn’t even currently licensed to practice.

But on Twitter, Bandy X. Lee explained that she had been “licensed on two continents,” has “excellent credentials,” a “flawless ethics history” and speaks “four languages.” On Vox, Lee claimed that Trump’s recognition of Jerusalem was a “pathological” example of him “resorting to violence”. Then she blamed him for “an increase in schoolyard bullying.” Appearing on MSNBC, she warned that Trump “could be the end of humankind.”

All this craziness didn’t stop Rep. Rosa DeLauro and Rep. Jamie Raskin from inviting her for briefings.

Around the same time that Fraenkel was beating his drum in Manhattan, The Dangerous Case of Donald Trump was released by Macmillan. The book contained unsolicited accusations and diagnoses from “27 psychiatrists and mental health experts”. It was edited by Bandy X. Lee.

Contributors included Tony Schwartz, a former New York Times reporter who had worked on the Art of the Deal with Trump. His mental health qualifications are unclear. Also included is Gail Sheehy, a former New York Magazine writer, who had written a Hillary biography. The epilogue features Noam Chomsky, whom Lee describes as a “linguist and philosopher-historian”. Not to mention leftist genocide denier.

In The Dangerous Case of Donald Trump, Tony Schwartz diagnoses Trump with a risky “sense of self-worth”. Gail Sheehy accuses him of “narcissism and paranoia” and a “trust deficit.”

In a book already dedicated to violating the professional ethics of the Goldwater Rule, Lee manages to include amateur armchair diagnoses by writers who are even more unqualified than her to make them.

But it’s not as if the professionals are any better.

Bandy X. Lee boasted, “In the book we have as authors Phil Zimbardo, Judith Herman, and Robert Jay Lifton, who are notable not only for their contributions to mental health but for their amazing ethical record. These are living legends who have also stood on the right side of history.”

And it’s in the book’s foreword.

Philip Zimbardo and Rosemary Sword accuse Trump of being a “present hedonist.” And this is “based on Zimbardo’s time perspective theory.” Zimbardo is both the inventor of the theory and the guy writing about it. Rosemary doesn’t seem to have a degree, but as “part of her Hawaiian heritage, she was trained in the Hawaiian psychology based on forgiveness known as ho’oponopono.”

Zimbardo and Sword claim “that Trump qualifies as among the most extreme present hedonists we have ever witnessed comes from the plethora of written and recorded material on him, including all his interviews, hundreds of hours of video, and his own tweets.”

So there’s a practitioner of the Hawaiian art of ho’oponopono diagnosing Trump over Twitter. And her colleague, a living legend, is accusing him of a condition that appears to emerge from his own theory.

Everyone in the book agrees that Trump is bad. They just can’t agree on a diagnosis.

Michael Tansey claims it’s a delusional disorder. Laurence Dodes blames sociopathy. Craig Malkin argues it’s narcissism. David Reiss pushes for dementia and cognitive impairment. Steve Wruble claims he has daddy issues. That is, he claims that both he and Trump have daddy issues.

Thomas Singer believes Trump mirrors “our collective attention deficit disorder, our sociopathy” and we must “recognize our own pathology.” Not only is Trump crazy, but we’re crazy for electing him.

Everyone except Singer is probably nuts.

“Donald Trump is so visibly psychologically impaired that it is obvious even to a layman that “something is wrong with him,” John D. Gartner insists. But nobody can diagnose him because “Trump’s is a genuinely complex case.” Even though “many writers have tried to analyze and diagnose Trump, and have gotten pieces of the elephant right. What is missing is the whole elephant.”

What are his medical sources for these claims?

“Insight into this question comes from, of all sources, Joe Scarborough, host of the popular MSNBC show Morning Joe,” he writes. Then he mentions, “David Brooks is not a mental health professional, but he astutely commented on what appeared to him to be Trump’s increasing hypomania.”

Ho’oponopono looks a whole lot better than a shrink who watches MSNBC and reads the New York Times and then tries to diagnose a man he never met based on media rants. And that is what all these diagnoses are reducible to. They originate from the media and then the media reports on them.

Do we even need psychiatrists to diagnose Trump over Twitter and television?

“We don’t have to rely on psychiatrists to see that this president is not consistent in his thinking or reliably attached to reality. We have had vastly more exposure to Donald Trump’s observable behavior, his writing and speaking, than any psychiatrist would have after listening to him for years,” Gail Sheehy insists.

That’s quite a turnabout in what was supposed to be a book by psychiatrists and mental health experts proving their case. Instead Sheehy, who isn’t a psychiatrist, insists that we don’t actually need psychiatrists because we’ve seen Trump on television.

But does that mean Sheehy’s readers can start remotely diagnosing her?

James Gilligan insists, “If psychiatrists with decades of experience doing research on violent offenders do not confirm the validity of the conclusion that many nonpsychiatrists have reached, that Trump is extremely dangerous—indeed, by far the most dangerous of any president in our lifetimes—then we are not behaving with appropriate professional restraint and discipline. Rather, we are being either incompetent or irresponsible.” And so psychiatrists must back up lefty biases against Trump.

Many of the essays don’t even attempt to diagnose Trump. Instead they self-diagnose the political trauma that Trump inflicted on them. Jennifer Contarino Panning even invents a “Trump Anxiety Disorder.” The strangest essay belongs to Steve Wruble who attacks his Orthodox Jewish father for supporting Trump in an essay, titled appropriately enough, “Daddy Issues.” 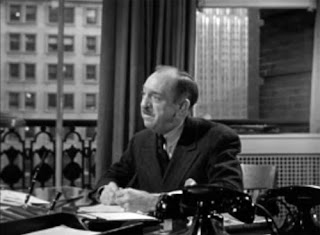 He moans that when he told his father that “Trump was unconsciously sabotaging his chances of winning the election” his father dismissively replied that a Hillary win would be bad for Israel.

“Despite giving my father what I felt was my intellectual gold, he only commented on what was important to him,” Wruble whines. “Donald and I are expert at putting our fathers on pedestals while at the same time trying to knock them off in order to make room for us to have our time being seen as special.”

Steve Wruble’s essay is in its own way the most honest of the bunch. Because it’s not really about Trump. It’s what Wruble and the other mental health professionals and amateurs project onto Trump.

Wruble blames Trump for the conflicts with his father. And identifies with him. These aren’t essays, they’re Rorschach inkblots. The ‘Duty to Warn’ movement tells us nothing about Trump and everything about the sort of people who take to the streets beating a drum against him.

Noam Chomsky concludes the book by suggesting that Trump would perpetrate “some kind of staged or alleged terrorist act.” The epilogue of a book accusing Trump of mental illness ends with a crazy conspiracy theory by one of the accusers.

Chains of Tyranny in CA Governance Will Meet the Constitutional Juggernaut