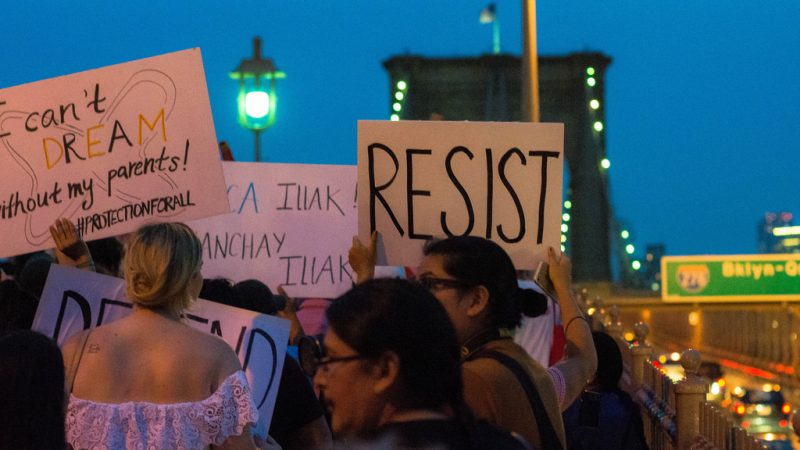 Thursday the details of President Trump’s immigration plan was relayed to Congress by Stephen Miller. And like last week the conservative media is having a cow. Over at Breitbart he’s being labeled Amnesty Don. Mark Levin is ranting about how terrible this deal is. I am amazed that after a year in office so many on “our” side still don’t get Trump and how he operates outside the normal political realm.

In case you haven’t heard, here are the abbreviated details:

So, how exactly is this ANY different than what Trump laid out last week in the meeting (as I wrote about here).

I think this is a master plan by Trump to tighten the screws on the Democrats and Chuck Schumer in particular. Trump is offering the Democrats what they want and more on the Dreamers in this deal. But they continue to be obstructionists, as Schumer said yesterday that the funding for the border wall was off the table. This is Trump’s response. It’s a game of poker folks. And Trump is holding the winning hand (or perhaps more accurately, he’s creating the winning hand). Look at what has happened already. The SJW’s are outside Chuck Schumer’s residence protesting and chanting their normal, brilliant slogans like “If Chuck won’t let us dream, we won’t let him sleep.” (I hope no one told them that he probably wasn’t there).

If Schumer (and the Democrats) turn this latest offer down, Trump will make it known loud and clear that the Dreamers will not be able to stay in this country thanks to the Democratic party. It may not win Trump any of their votes but it may very well dampen enthusiasm for the radical left as we head into the mid-term elections. Trump is effectively driving a wedge between the Democrats and their radical base.

So let’s just see how all this plays out over the next 2 weeks. Trump has the long view in sight and those with the “hair-on-fire” mentality just need to relax and enjoy the political show.

UPDATE: One item I forgot to mention above is that the path to citizenship for the Dreamers is MERIT based, exactly what Trump said he wanted 2 weeks ago. As I expected, the Democrats have totally rejected the latest proposals. They want nothing to do with funding for the wall – or – waiting 10-12 years for the Dreamers to become citizens. They need their votes NOW! In fact, the Democrats are saying Trump’s concessions don’t go far enough! But the award for the most outrageous comment goes to Nancy Pelosi, sorry – Pelosi of Borg, who said “That plan is a campaign to make America white again.” I hope Pelosi isn’t planning to go anywhere for a while. She is the gift that keeps on giving to Republicans.

The Democrats are starting to remind me of the Coyote and Trump as the Road Runner. I am going to enjoy the State of the Union speech next week.