The past couple of weeks, we have been hearing quite a bit about the FISA memo that several Republicans have said exposes massive and terrifying abuses of our civil liberties, presumably committed for political gain.

The memo is only four pages long and is still classified. However, it apparently describes surveillance of American citizens by our own law enforcement and intelligence agencies. Republicans claim that it shows how the Obama administration used the Foreign Intelligence Surveillance Act (FISA) not to protect this country from foreign threats of terrorism (which is its purpose), but to spy on the Trump campaign and to trigger the current Independent Special Counsel, headed by Robert Mueller.

Mueller’s investigation has been going on for over a year and has stifled the president’s ability to fully govern. Not to mention that it has the mainstream media distracted from many other pertinent issues like Hillary Clinton’s Uranium One scandal and our BOOMING economy.

One sitting member of Congress claims about the memo:

“When this memo comes out, people will go to jail.”

Those are pretty powerful words, especially since nobody has seen it except for the House Oversight Committee. Yet, we are taking the memo very seriously, especially the idea that an administration may have used law enforcement as a political weapon against its adversaries.

We’ll have to see where all of this goes with the memo.

Does the name Catherine Engelbrecht ring a bell?

True the Vote was established in 2009 to uphold voting integrity and to protect voters’ rights. The organization grew into a national movement, which has been striving to ensure that every American has an opportunity to participate in elections that are free and fair. Needless to say, the organization also documents voter fraud.  Apparently, the Obama administration didn’t like that idea very much.

As a wife, a mother, and small business owner, Engelbrecht had little contact with the federal government other than filing her taxes every year. The government left her in peace. In two decades of running her small business, she and her husband had never been audited or investigated by the feds.

All that changed after she founded True the Vote.

In fact, Engelbrecht found herself a target of the federal government. Shortly after filing IRS forms to establish 501C 3 for True the Vote, an assortment of government agencies (i.e. IRS, OSHA, and the FBI to name a few) came knocking on her door. Since that filing in 2010, Engelbrecht, her private businesses, her non-profit organization, and her family, have all been subjected to more than FIFTEEN instances of audit or inquiry by federal agencies.

Engelbrecht has been harassed, intimidated, and even fined by these various agencies. And her nightmare began immediately after applying for 501 C3 status for True the Vote.

All this bullying occurred while the IRS was subjecting her to multiple rounds of abusive inquiries with requests to provide every Face Book or every Twitter status she’d ever posted. The IRS also asked about her political aspirations and demanded to know the names of groups she had spoken with, the content of what she had said, and every place she had intended to speak in the following year. While these issues aren’t of typical interest to the IRS, they are certainly of interest to a political machine that weaponizes government agencies against private citizens who make too much noise.

Here is Catherine Engelbrecht’s Testimony at the House of Representatives Hearing on IRS Targeting:

However, Engelbrecht wasn’t the only one targeted by the Obama administration. In fact, many Conservative groups were harassed and intimidated by Obama’s IRS. The IRS has since admitted to its wrongdoing and has apologized for targeting Tea Party and Conservative groups. 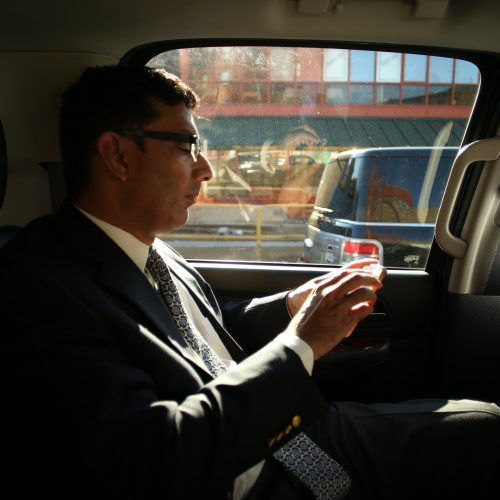 “My file—obtained by the House Oversight Committee—shows the FBI red-flagged me as an Obama critic and allocated $100k to investigate a $20k case. The corruption ring involved in my case extends to the FBI, Eric Holder’s DOJ, and also that Indian water-carrier Preet Bharara.”

We already know the Obama administration weaponized  the IRS, DOJ, and the FBI against private citizens who were vocal critics of Obama and/or his policies. We know this because many of us were targets as well.

Given its history, it wouldn’t surprise us to discover that it also used the intelligence agencies to spy on the Trump campaign. The Fourth Amendment be damned when there is a Washington outsider to be impeached.

What is most egregious about the FISA memo (if it is indeed as bad as many congressmen claim), is the fact that the Obama administration and the upper echelon of FBI abused their power to not only undermine our electoral process, but to undermine YOU, the American voter.