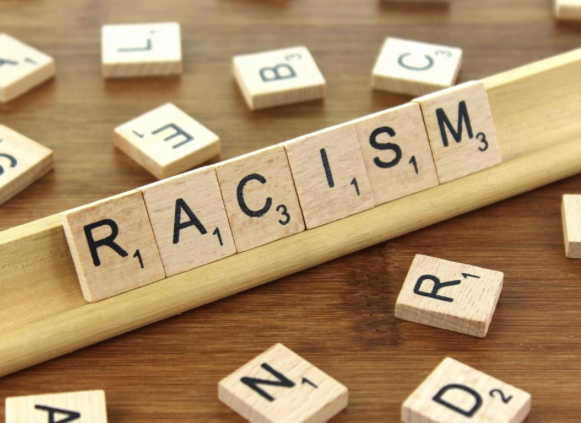 A recent article regarding a meeting attended by Elisha Todd (here) prompted me to critically consider how we – both the black and white communities – see our roles in the current state of relations.

I grew up in the 50s and 60s when it was not all that unusual to see acts of racism – even after the Civil Rights Act was passed – being committed by both sides. My grandfather was a gentle soul with most, but still referred to blacks as “darkees” when I left for the Air Force in 1965. It was what he grew up with. Times have changed and so have many whites.

In my last year of high-school, I was confronted by three black teens (one with a knife) as I walked the mile through a largely black neighborhood in Baltimore to meet my ride home after my mom got off work. She raised us on a part-time job and a small amount of child support from an absent father. I could have wound up in the hospital had it not been for a homeroom classmate and friend, who was black. He jumped in and defended me by taking them on. We both walked away. Later, in the Air Force, the one man outside my family that taught me more about character and leadership than any other was a giant of a black man – a master sergeant who ran the Air Force NCO Academy in North Carolina. He had a lasting impact on my life and career. Two examples of men who succeeded in life despite skin color long before it was a common occurrence.

Times have changed even more these days, and the level of racism has further declined. However, while it has declined within the white community, it has not vanished and likely never will completely. It is the sin nature of mankind. At the same time, there is a persistent percentage of the black community that continues to use “white guilt” and anger over long-past offenses to gin up what is rapidly becoming a critical level of racism coming from blacks toward whites. The idea that only white people can be racist is seriously ridiculous.

So, what is really behind the problems plaguing the black community? I firmly believe that the residuals of racism enshrined in left-wing “programs” have had more repressive effect on the black community since the 60s than any generalized threat caused by whites in general. Government dependence has done its damage since Lyndon Johnson (a truly racist individual) celebrated the legislation that created the present-day welfare state at the time it was passed into law back then. His well-known quote sums up both the attitude and the intent: “I’ll have them n——s voting Democratic for 200 years.” The quote was overheard aboard Air Force One by a steward on duty at the time. Unfortunately, it was prophetic.

It is unfortunate that after three generations have passed with each successive generation the community has – as predicted – become more and more comfortable with government dependence and absentee fathers (a requirement for receiving welfare in the beginning was that one parent had to be missing from the household). As a result, having children without regard to who fathers them became far more common while marriage and a stable family life became more the exception than the rule. Today, nearly 70 percent of black children are born into single-parent families. Seldom are those households headed by a father. Thousands of black children have also been sacrificed at the alter of an intentional effort by Planned Parenthood to reduce the black population by making abortion a common occurrence; positioning plenteous and convenient clinics throughout black communities so that it is just easier to end a pregnancy than it is to raise the child. This is not accidental, but rather the legacy of Margaret Sanger, another white racist. No, the white race is not blameless, but they are not alone.

Yes, these disadvantages have been tossed like firebombs into the middle of the black communities in America by frequently white politicians using pretense and excuses that make their efforts seem humanitarian. That is terribly unfortunate and shameful…if not near criminal.

However, the truth of the matter is that in many cases the fate of black families has been determined more by too much indifference and too little personal responsibility. Birth control is plentiful and cheap…often free. The system (government) fails the community when financial responsibility is not placed where it belongs – on the mother and father rather than taxpayers. While the programs have created the trap, there is nothing other than mindset that forces anyone to accept their lot as unchangeable. There are strong protections against employment discrimination. There are advantages offered to minorities regarding higher education. There is job training available to those who simply ask. You must want it and work for it.

The other thing that stops the progress of black communities in becoming self-sufficient and successful is the continual drum-beat of those within those communities who profit financially and egotistically by perpetuating the racist view that the black community is a victim trapped by the white community with no means of escape. That is the biggest of the lies and the one that is most destructive. Making apologies at this point for the condition of South Chicago, West Baltimore, neighborhoods in New York, South LA, etc., by blaming whites may feel good, but it does nobody any good. It is simply no longer valid other than as an excuse.

Times have changed, but those who benefit from black suffering are not all white. Opportunists within those communities are working to maintain the status quo in order to maintain power.

We have many examples of black citizens who have risen above their original state to the point of being commanding generals, cabinet members, ambassadors, CEOs, Professors, and other successful positions, including President of the United States. One cannot say that black communities are trapped any more. It takes effort and personal responsibility. Blaming everything on white privilege just simply doesn’t hold water among those who are willing to look in the mirror. Given the fact that most of those who helped create these problems are dead and gone, how many generations will be held responsible – in both communities?

The #MAGA Tour Bus: It's More Than What You Think It Is

Barak Lurie Discusses Atheism Kills: The Dangers of a World Without God