When you pay for something, it is not unreasonable to expect that you will receive something in return. In fact, there are not a lot of situations in life 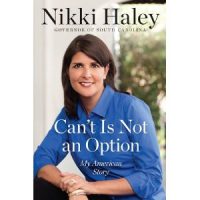 where you would willingly put down your money without this expectation. Charity comes to mind, but while you certainly are not looking for material recompense in that case, a smile and a warm “thank you” would be respectful. If for some reason the beneficiary of your generosity finds this much to be beyond his or her power, then at the very least, they probably should refrain from answering the gift by spitting in your face.

Yet, the United States could be forgiven as if it has a wet face right now. That is because the United Nations has recently proposed and passed a resolution condemning the United States for the recent move by President Donald Trump to begin the process of relocating America’s embassy in Israel to the city of Jerusalem. In other words, the President has recognized and acknowledged Jerusalem as Israel’s capital. Apparently, this was such a foul, fetid declaration to make on the world stage, that 128 member states in the UN voted for the resolution giving it the thumbs down (nine voted against that resolution – small miracles).

This is especially troubling because, as our US Ambassador Nikki Haley pointed out before the vote, the US contributes more financial resources to the operation of the United Nations than any other country in the world. Therefore, what they are telling us is that they are happy to take our money, but in the very next breath, they essentially call us monsters for admitting an obvious truth. Ambassador Haley put it well when she said that we are effectively paying for the dubious privilege of being disrespected.

And on top of it all, the hysteria of the United Nations over this situation is far from easy to understand. President Trump’s order scarcely does anything; to be sure, it is not as if he has made Jerusalem the capital of Israel. He is merely pointing out that it is a fact that has been true for quite some time now. Apparently, “calling it like it is” is heresy to the United Nations.

The concern, obviously, is that making this recognition will offend the Palestinians, who also lay claim to Jerusalem. So it would seem that placating people who regularly launch artillery shells to kill innocent Israelis, and dig tunnels to reach those Israelis and detonate bombs, ought to be our number one priority in the wonderful world of the UN.

How about no? How about recognizing the fact that Israel has been a good and faithful ally to the United States since the end of World War II? How about understanding that as such, their interests are our own? How about not bending over backwards to mollify terrorists? In short, how about putting “American First”?

Ambassador Haley’s remarks to the United Nations were exactly right, and I for one hope her mention of money puts some well deserved fear into that body. We pay large amounts of our treasure to fund the UN, and we certainly do not do it because we want to be singled out as some kind of petulant child for acknowledging reality. The United Nations would do well not to bite the hand that feeds it, and the rest of the world would do well to understand that all President Trump has done is underline an obvious truth: Jerusalem is, and always will be, the capital city of Israel.

Ambassador Nikki Haley has sent a threatening letter to members of the UN General Assembly before a vote on a resolution against the US decision to recognize Jerusalem as the capital of Israel. In that letter, Ambassador Haley wrote that US President Donald Trump will be watching the vote carefully, particularly who voted against us. A warning came when the US was outnumbered 14 to 1 as it vetoed a UN Security Council resolution against President Trump’s decision on Jerusalem.

President Trump recognized Jerusalem as the capital of Israel. He will begin the process of moving our embassy to the city, breaking with decades of US policy. The move led to a wave of global protests, with tens of thousands of people taking to the streets in recent days to denounce his decision. Too Bad- Ambassador Haley threatened the U.N. with defunding over the resolution and condemning U.S.

Now a major diplomatic blow to Israel and U.S. President Donald Trump, the UN General Assembly passed a resolution rejecting the American recognition of Jerusalem as Israel’s capital, with 128 member states voting in favor of the resolution and a mere nine voting against it.

Ambassador Nikki Haley, this is a woman who will change the world!

AMBASSADOR HALEY : “The United States is by far, the single largest contributor to the United Nations and its agencies. We do this in part to advance our values and our interests. When that happens, our participation in the UN produces the greater good for the world… We hold outlaw regimes accountable. We do this because it represents who we are. It is our American way.”

An Excellent Statement made by Ambassador Nikki Haley – America First!

Trolling the President About Tuition: Again, Politico Misses the Point! Part I