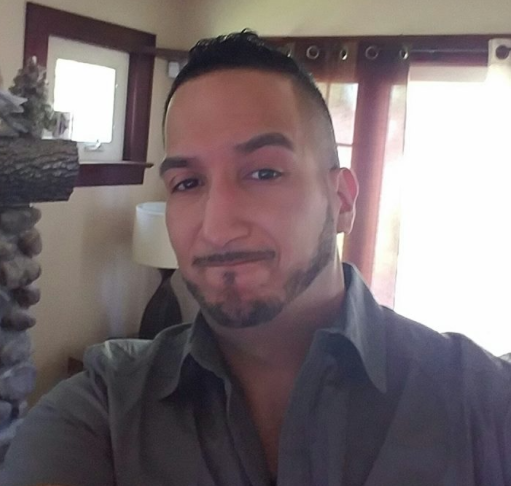 INTERVIEW WITH JULIO RIVERA, The ConservaRican, on his recent trip to Puerto Rico (#PrayforPR)

JK: I know your father was ill. I know that was the primary reason you went down to Puerto Rico, but tell me a little about what you witnessed, the devastation, the aftermath.

Julio Rivera: It is still, after 60 days, a horrible state of affairs in Puerto Rico….where I drove through, I saw a lot of downed power lines in trees in many areas. FEMA and the national guard of Puerto Rico had to helicopter in supplies in some areas, and there was no guarantee of equal distribution of those supplies unless they land. Many of the distribution hubs have been decimated by the lack of power. Many businesses have gone out of business. It’s very difficult for the typical citizen. You’re basically lacking power….up to 40 percent are still out of power. In San Juan, where it is a high priority area, many of the local area businesses and restaurants that are set up for tourists still don’t have electricity; some are running off generator power. San Juan is the center of their economy – their biggest contribution economically is tourism, and that’s what they make a lot of their money off of and not even San Juan is up to date. The governor of PR was in Congress last Tuesday requesting $95 billion dollars, $77 to cover the debt and another $17 to work on the power situation. There was close to 9-10 billion that they took out in terms of stolen public funds and taking out loans from banks that they were supposed to have already USED to update the power grid. That money got squandered and corrupted.

Julio Rivera: It’s really bad right now, people are suffering…right now, ice is a commodity…clean water is a commodity…these are the things people need to live, in America take for granted are precious right now in Puerto Rico. We went to being a Third World country overnight!

JK: That’s awful…..I can’t imagine….tell me about the mayor of San Juan, who was attacking President Trump?

Julio Rivera: This was ridiculous, and this was the Democratic textbook ‘never let a crisis go to waste’…..[SJ Mayor Carmen Cruz] used this disaster to bash Trump….what she was doing was cozying up to Elizabeth Warren and other Democratic leaders….giving them misinformation….they are influencing her to do this….it’s coming from the top of the Democratic leadership. Carmen Cruz was criticized by several other mayors because she wasn’t even showing up to meetings. So she’s going on a public tour bashing Donald Trump and the federal government’s response to the tragedy, when she wasn’t even participating in the process. She has no right to criticize the President!

JK: How was your read on how Trump and the administration reacted to the efforts?

Julio Rivera: There were FEMA officials in PR even before Hurricane Irma hit. One of the most startling things about the condition of PR to me was the fact that is that even before the four hurricanes in the vicinity of PR for me, 300,000 Puerto Ricans had lost their power –

Julio Rivera: In one final swoop, nine percent of of Puerto Ricans had lost their power, which tells you how bad the energy infrastructure was in Puerto Rico already before it even hit. And even more more startling, is that a hurricane – granted it was a bad hurricane, knocked out more power right after Maria left…100% of the power was knocked out (power) that’s scary! The Trump administration was already there; they brought in a ton of supplies; distribution of the supplies became an issue very early on because of the truck driver’s union wouldn’t allow cab drivers in the roads; some of the public officials wanted to distribute supplies themselves directly as a political photo op, basically. The governor of Puerto Rico really unwisely put initially a curfew, where he didn’t want people on the roads from 6 p.m. to 6 a.m., that was an extra twelve hours when supplies could have been distributed. The supplies were already there, it was not the federal government’s fault. The federal government was there in advance. There were more than enough supplies for everyone The distribution was a Puerto Rico issue, and the fact that it’s taking this long to come back to recovery, because of all the money that’s been squandered and corrupted by the politicians there is what’s been extending the suffering to the Puerto Rican people.

JK: That’s just disgusting that politics would get in the way there. Sounds like Trump did what he can do. But it was too inconvenient, so the Mayor of Puerto Rico gleefully uses this opportunity to bash Trump. Maybe the Mayor of PR is running for office in the future?

Julio Rivera: This is what I think: everybody there realizes that Puerto Rico is going to take forever to come back, if it ever comes back. If they do some shoddy work to try to restore power, within a matter of months the next hurricane season is going to hit so if if they don’t really do something substantative to upgrade the grid…something is going to get knocked out again, then they will knocked out by a Category 1 or a Category 2. I think that Mayor Cruz is positioning herself to be a U.S. Senator if Puerto Rico becomes a state.

JK: So she is using a disaster to promote her political future…

Julio Rivera: That’s what politicians do! They use the opportunity, they are thinking of themselves, they are not thinking of their constituents….I mean look at Carmen Cruz; I would have been screaming at the top of my lungs at the power officials at this poits to get power restrored back to Puerto Rico! San Juan has failed the Puerto Rican economy! I was doing some work at at one of the resorts because it was one of the only places that had a strong enough WiFi signal…..the restaurant two blocks away from the main strip was using a noisy, older generator to run:

JK: And I guess they are lucky to have even that. But how are the locals coping?

Julio Rivera: One thing that I saw there, which was very eye-opening for me– the way my family rallied around my mother; gave me the different perspective of what’s really important in life, water, food – – the things that really matter are the interpersonal relationshisp that you have. I have a couple of cousins that go and check up on the rest of the family, bringing ice. The family members are looking out for one another; making sure that everyone can communicate. It has really brought people closer together – due to unnecessarily difficult conditions.

JK: Are there any takeaways you’d like to add before we conclude?

Julio Rivera: I have started a petition online to ask Congress to investigate PREPA (The Puerto Rico Electric Power Authority) and I ask anyone to take a look and consider signing it.

The Left Really Wants To Take It All: Bernie Tax Plan VS GOP Bill

Emery McClendon: Put Some Skin in the Game, But It's Not the Blame!