Time magazine names anti-harassment #MeToo movement as its Person of the Year. 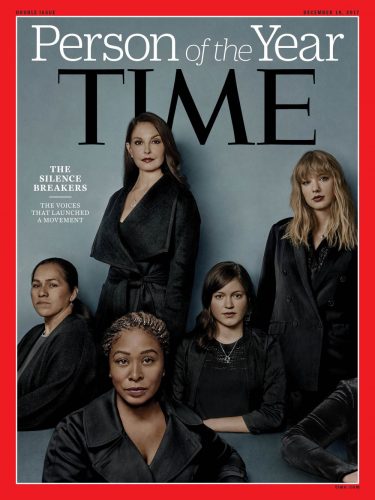 The movement began spontaneously in October after actress-activist Alyssa Milano followed  sent out a tweet that stated:

“If you’ve been sexually harassed or assaulted write ‘me too’ as a reply to this tweet.”

The hashtag was tweeted nearly a million times in 48 hours.

In the wake of sexual misconduct revelations about Harvey Weinstein, Kevin Spacey, Matt Lauer, and dozens of other prominent men, millions worldwide have shared their stories about being sexually harassed and assaulted. (side note: it’s interesting how much sexual harassment is coming from the Liberal beta males who are supposed to care so much about women).

Either way, shedding light on this type of misconduct is certainly a healthy thing. But let’s hope it doesn’t become a witch hunt against all men for being simply being men. Not every man needs to be brow beaten for the piggish behavior of others.