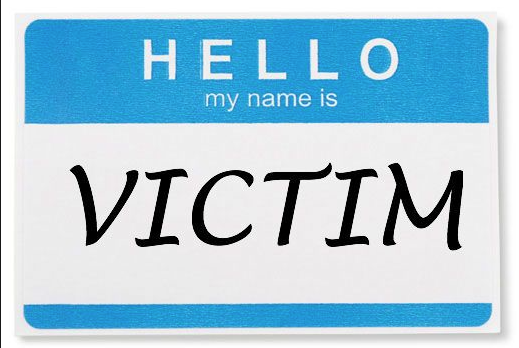 We are in a phase in our national existence that is the reverse of the natural progression from infancy to adulthood. In the proper and normal course of development, a person grows from total dependency into a functioning, self-reliant individual who accepts personal responsibility for all aspects of his life. However, in today’s United States, too many of our people actively seek the identity of “victims.” In modern American culture, the status of “victim” conveys an aura of moral superiority. If one achieves the status of “victim,” it opens a gift box of privilege.

This acceptance of self-indulgent juvenility cuts across wide swaths of the American cultural landscape. A poll from NPR, the Robert Wood Johnson Foundation and Harvard finds that a majority of whites, African-Americans, LGBTQs, Latinos, Native Americans and Asian Americans all believe that their own groups are discriminated against. Sometimes, it seems that the only people who don’t act like victims are members of the NRA. But no, the NRA raises large quantities of money by claiming that they are victims of those who want to “nullify” the Second Amendment. Everybody wants to get into the act.

The latest iteration of the childish manifestation of this self-adoption of martyrdom status is the national pity party that was organized recently to express frustration at the anniversary of Hillary’s loss to President Donald Trump. Grown people went out into the evening and howled at the moon. It was so ludicrous that it caused me to break into loud laughter. All these “victims” of a) Russian interference; b) media “bias;” c) right-wing chicanery; d) “malignant” aliens from south of the border; or e) “malignant” aliens from outer space … take your pick … spent their time screaming into the night.

The acceptance of the status of “victim” is the final step in the process of infantilization. I remember vividly the pictures of those who were stranded on a bridge in New Orleans during the flooding in the aftermath of Hurricane Katrina. They just stood there, waiting to be rescued, instead of taking the initiative by using buses that were parked nearby to rescue themselves. They had been so conditioned to play the role of “victim” that they were rendered totally helpless in the face of real danger. 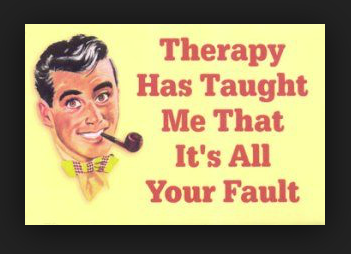 The malignant converse of the acceptance of victimhood by the lumpenproletariat is the seizing of power by demagogues. By ceding their responsibility for themselves “victims” thereby empower those who are eager to assert control over them. Our leaders spend much of their time looking for instances of “victimhood” that they can use to whip up the masses. Toxic provocateurs like Al Sharpton make their way to Baltimore, St. Louis or the latest locus of outrage to deepen and solidify the community’s acceptance of the status of victim. No one gains in this process other than the villainous politicians, the slavering media and charlatans like Sharpton who have found a way to monetize and profit from their bestowal of the crown of victimhood on those in the community who have lost all ability to accept any form of responsibility upon themselves. 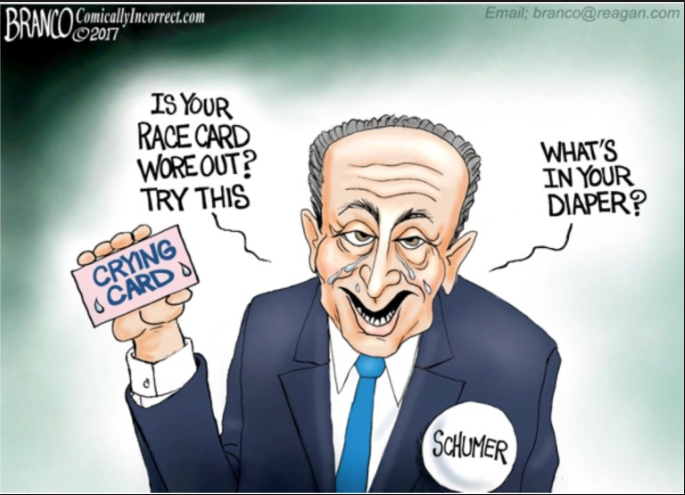 It is the tried and true tactic used from time immemorial by those with no legitimate claim to power or wealth to reach positions of leadership by exploiting the poor saps whom they themselves victimize. The most successful of these “leaders” is my favorite paradigm of opportunists, Senator Charles (“Chuck”) Schumer of New York. (Chuck’s picture is adjacent to the definition of the word “oleaginous” in the dictionary. The only member of the U.S. Senate who might be even more odious than Schumer is the smarmy Senator Richard Blumenthal of Connecticut.) The primary strategy used by these worthies is the stoking of the fires of victimhood in the dry tinder of the great unwashed masses. On a daily basis, television viewers have the treat of watching Schumer express his opinion (“more in sorrow than in anger”) on any one of numerous issues. He weeps crocodile tears as he holds forth on how the villainous Republicans are victimizing the middle class for the benefit of the undeserving, selfish rich or exploiting poor sick people by denying them the basic medical care that is necessary to enable them to purchase aspirin and other medical necessities. All this because, as Schumer and his pals never tire of saying, the Republicans hate the middle class and poor people and enjoy watching them suffer.

“Victims” are given license to prey on others and engage in a self-indulgent ritual of oppression. A thug is killed by police in St. Louis. A totally false story is then concocted by his cousin and partner-in-crime that the thug had his hands in the air and was shouting “don’t shoot” when he was gunned down by the police in a fit of hatred against all black people. That this was not an innocent lamb who was sacrificed on the altar of police brutality but rather a violent and dangerous punk is camouflaged by the mantle of victimhood and martyrdom that has been draped upon his memory. Other members of the community, incited by demagogues, the media and opportunistic politicians, then adorn themselves with that same mantle, which brings with it the absolute right to run riot in the streets, burn and loot and destroy their own community, thus deepening still more their own status of victimhood. We as a society have come to this point by catering to and compromising with the leftists who have taken the flag of victimhood as their battle standard.

I Googled the term “victim playing” and came up with a Wikipedia entry that states that “victim playing” (also known as playing the victim or self-victimization) is the fabrication of victimhood for a variety of reasons such as to justify abuse of others, to manipulate others, a coping strategy or attention seeking.” Following the recent outrageous terrorist attack in New York City, NBC News headlined with the following: “Muslim Americans Again Brace for Backlash After New York Attack.” A Muslim American murders or seriously injures multiple true victims and the Muslim American community promptly plays the victim card.

Palestinians play victims. They live in “refugee camps” that have been in existence since 1948. They are preyed upon by the gangsters who lead them, by various members of the United Nations who choose to keep them dependent and by college professors, their students and members of the media who elevate their own self esteem and salve their wounded psyches by tut-tutting over the “poor victimized Palestinians.” Limousine liberals living in high rise palaces on the Upper West Side of New York write articles in the New York Times crying about the poor incarcerated Palestinian “children” who are teenagers who committed the same violent crimes that would land them behind bars in the U.S. Yes, it is true, the Palestinians ARE victims, but they are not the victims of the Israelis; they are the victims of the ignoble leaders, politicians, professors, clergymen, media representatives, students and assorted hangers-on who spend their time convincing the “poor Palestinians” that they are incapable of solving their own problems and resolving their own futures. 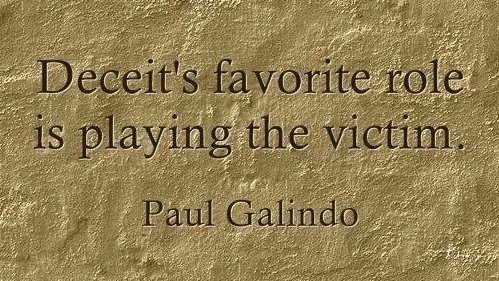 It is time to cut this crap off once and for all. The “victim” scam has lost its appeal. Indiscriminately claiming victim status cheapens and demeans persons who actually are victimized. When everyone is a victim, no one is a victim. It is past time to tell the Schumers and the Sharptons and the college professors and the students and all the other demagogues who victimize the so-called “victims” that their long run of victim baiting is at last over.

As to the targets of their onslaughts — the poor damned fools who have been convinced that they are helpless and without recourse — there is one phrase that all of us need to aim in their general direction whenever they stand up and whine about how much they are being exploited: “SNAP OUT OF IT!”

Daniel Greenfield: The Reality of Jerusalem and Islamic Terror