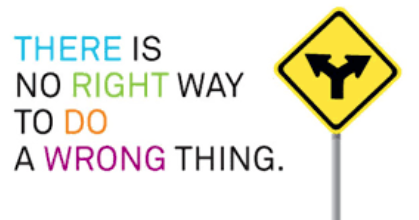 Currently, we are saturated to the point of overkill by reports of sexual harassment.  Let me make clear that I know there are legitimate cases of sexual harassment perpetrated by cruel and sadistic people in high places who use their power to abuse and control others.  My article does not refer to them.

Women are coming forward every day accusing men of almost unspeakable crimes— crimes that happened as many as 35 years ago.  The men being accused have one thing in common:  They are well-known, successful men who are politicians or entertainers.   Nobody knows what or whom to believe.  That the women waited so many years makes me skeptical; why now?  The accused are at a great disadvantage in that they cannot prove their innocence; it is her word against his, and she will usually have public sympathy.

We are quickly reaching a place where men are afraid to look at or speak to women in the workplace and a time when women can be bought to lie about men so that our future will be forever dictated by whomever is paying them.

Ladies, most men are gentlemen who intend you no harm.  You invest thought and time into choosing your clothes, fixing your hair, and applying make up for the purpose of making yourself appealing and attractive.  If a man looks at you, compliments your clothes, opens a door for you, or perhaps flirts with you, that is not harassment.

Choices bear results, and you don’t get to go along for a while and then cry Rape!  Let’s take the Harvey Weinstein accusers.  It is a well-known and documented fact that Harvey Weinstein is a degenerate of the worst kind with a dark and hideous history of abusing women.   One woman, who did not go along with Weinstein, cooperated with NYPD by wearing a wire.  Yet, many of the women who are speaking out against him now voluntarily went to his apartment for auditions; knowing his reputation they still went because they wanted the part in the movie that he could provide.  In my opinion, though Weinstein is an animal, those particular women valued their careers more highly than their own honor, and I have no sympathy for them.

Rep. Marcy Kaptur (D-Ohio) was recently overheard saying that the way women dress means that they are “asking for it.”  She said that men have to wear suits and ties, but some women reveal their “cleavage down to the floor.”  While I do not believe that any (normal) woman asks to be abused, Mrs. Kaptur has a point.  There are two sides to this coin.  One one side is that wise women dress appropriately, tastefully, and— yes, I will dare to say it— modestly.   Women who dress provocatively should not be surprised when men take the bait.  The other side of the coin is that regardless of how a woman dresses or what she does, no man has at the right to violate her.

We do not have to yield to temptation, nor should we tempt others.

The bottom line is that we each are accountable for our own actions, and we will bear the results of our choices.