We have watched with disgust TV stories about the attempt to rewrite history to be politically correct. The taking down of statues, renaming schools and streets, banning certain books to those of us who love history is like a horror film taking place. It is bad enough seeing it happen elsewhere, And then it comes to where you live.

In recent weeks a number of people in the Roanoke Valley of Virginia were shocked to learn that a major land mark hotel felt it necessary to remove two portraits from a central area of their lobby. These were the portraits of George Washington and Robert E. Lee. 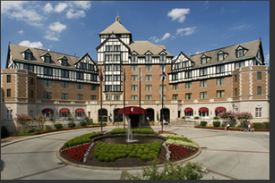 The Hotel Roanoke has a grand tradition going back to 1882 when it was built in Tudor style by the Norfolk and Western Railroad. It opened on Christmas day and has had several major renovations since. In 1989 the Hotel was deeded to the Virginia Polytechnic Institute and State University.

The hotel has had a reputation of holding some of the largest and most prestigious conferences and conventions in the state. It was here that Virginia’s first Republican governor since reconstruction was nominated, Linwood Holton, and the keynote speaker was Governor Ronald Reagan. Other political dignitaries to stay there included Dwight Eisenhower, Richard Nixon, Gerald Ford, Jimmy Carter, and George H. W. Bush. General Douglas MacArthur also stayed there.

The hotel additionally has been the mecca for the entertainment world hosting Elizabeth Taylor, Mahalia Jackson, Aerosmith. Jerry Seinfeld, Shania Twain and various cast members from the TV series Star Trek. The latter guests were there when the Hotel Roanoke had the first science fiction conventions in Western Virginia, RoVaCon. Miss Virginia pageants have also been held in this hotel.

In a hotel that has been a part of generating so much history one has to wonder why would it take part in dismantling history. How has political corrections been allowed to triumph? 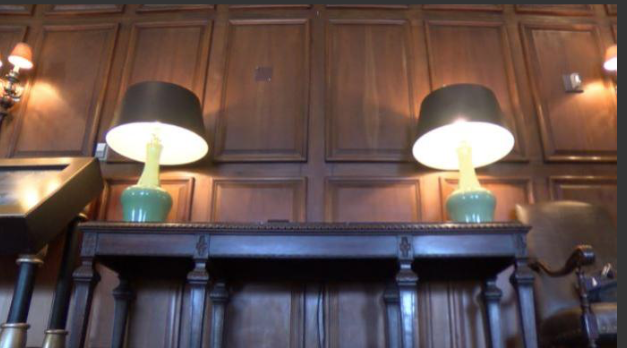 The biggest shock was the taking down the portrait of George Washington, one of our most important leaders in the American Revolution and our first president. An honorable man who was the keystone for how the presidency of the United States would be operated. Washington himself did not care for politics at that time and would be horrified today. Now what is it about this man that has radical progressive groups wanting to discredit him? Yes, he owned slaves and was not happy with the institution. One that was practiced in the South and in some Northern states as well.

There are also stories about how Washington stood up more than once in his lifetime to defend and protect the rights of non whites. There is a story once told by sports caster Bill Stern about a time when an English promoter was taking a boxing champion around the plantations before the American Revolution. He arranged for his white champion on one plantation in Virginia to fight with bare knuckles a slave and it resulted in a cruel beating that ended with the slave being kicked once he had fallen. At that point a young white man stepped in stripping to his waist to take on the champion because of his cruelty. A victory for young George. Washington would value many victories in his lifetime, but this may have been his best. This is not a defense of history, it is a statement about life at that time in the new United States. As kids like to say today, “What is, is what is.” It never had Washington’s approval.

The portrait of General Robert E. Lee may be a different matter. Lee was an outstanding leader, so well recognized that President Abraham Lincoln wanted him to lead Union troops. Lee would have as a loyal citizen, but his state came first and when Virginia voted to leave the union Lee was one who believed in state’s rights and the defense of his home. It is interesting to think what would be said today about a man who quickly would have won the war for the North, supported his president in freeing the slaves while having slaves himself. After the war Lee became a leader in promoting education for both races.

Now I have read statements by people who say the main problem with Lee was that he was a traitor and should have been hung. If you wish to use such legalities then the American Revolution was won by traitors. We were a legally recognized colony of the British Empire and at the beginning of the war the great majority of Americans either supported our English rulers or were indifferent. One popular statement often repeated was, “Why trade a king over in England to have a king over here?”

Now having the portraits of leaders like Washington and Lee hung in prominent places is not necessarily supporting everything that happened in the lives of these men so much as it is recognizing their place in history. There are people who considered that as part of the charm of the Hotel Roanoke, especially people from out of state.

The hotel in question would do well to take things more lightly as was true of the Shenvalee Hotel in New Market, Virginia which due to its golf course was a mecca for tourists. Former owner of the hotel John Miller had a sense of humor about Southern history. When he was approached about why he had portraits of Robert E. Lee in the restrooms his stock answer was “If that doesn’t cure constipation in Yankees nothing will.” Let’s lighten up.