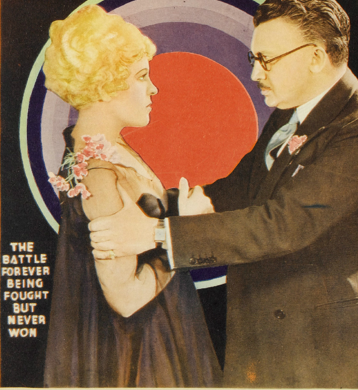 Liberals are obsessed with everything and everyone being the same, their favorite catch phrase being, “….a level playing field”. And in most cases that is appropriate. But sometimes Mother Nature has other ideas. In an era of newly discovered genders, we are being reminded that the two original genders, male and female are different. Stop the presses right?

Since the beginning of the Feminist movement, we have been told that there is no difference between men and women. Gloria Steinem, founding mother of the feminist movement once said, “A woman needs a man like a fish needs a bicycle”. A Time Magazine cover from January of 1992 posed the deep probing question, “Why Men and Women are Different”, with a blurb at the bottom rattling on about some new study of the day that claimed we are born that way, yet another news flash.

But 2017 is a new day and age, and Liberals may have to face the fact that there are some differences between men and women. This year has become the year where women facing sexual harassment in the workplace have overcome their fears and have spoken out against their attackers. Most people will say that they admire and respect the courage of these women to come forward. It is embarrassing to talk publicly about what is a very violating experience. No one, men or women should have to endure such things in their place of employment. But could coming forward actually become a problem for men and women who are thrown together at work?

A recent Washington Post article talks about the fact that men are becoming more apprehensive about being in offices or conference rooms alone with women. They make sure that a third person is in the room or that all doors remain open. An employment lawyer says that some men just keep women out of their offices so there is no doubt about what is going on. The article also cites a report that says that of 222 American companies, women comprise 47% of entry level positions while only 20% are making it to the corner office. What is happening, or not happening in between?

It is not too far a stretch to think that if a man is afraid to be alone with a woman, one that in a legitimate way can help further her career, her career may be doomed before it has even begun. If men are wary of business lunches and other such meetings with female colleagues what sort of message is this sending to not just young women just out of college looking to land their first big job, but women who have worked hard to climb the corporate ladder based on their own ingenuity and drive? The message is clearly that your chances of making to the aforementioned corner office are greatly diminished. It may even go as far as implying that you are not trustworthy or reliable because after all, who knows what you might say if we are in a meeting alone?

Most women will tell you that they all got “the lecture” from parents when they started to go out to college parties and bars with friends, stay in a group, get your own drink, don’t dress too provocatively. Do men of the same age group get “the lecture” that says no means no, that if you ignore that “no” it could get you a world of trouble? How about just a few sentences from whoever their male role model was about simple respect for women?

Everyone wants to weed out the bad apples, but we are now at a point where people who have done nothing wrong are now wary of half of the population. A Kentucky State Senator recently committed suicide because of an accusation that he apparently saw no way out of. As is often the case, the liberal agenda is fraught with unintended consequences, including people taking their own lives. What started out as something positive has turned into something Fox News Channel’s Tucker Carlson called “dark and menacing”. It has become a classic case of a witch hunt.

Women have had to work long and hard, and yes, endure plenty of unwanted advances in the workplace over the years to get into the boardroom. But perhaps it is time to just step back, take a breath, and make sure what we think just happened actually happened.