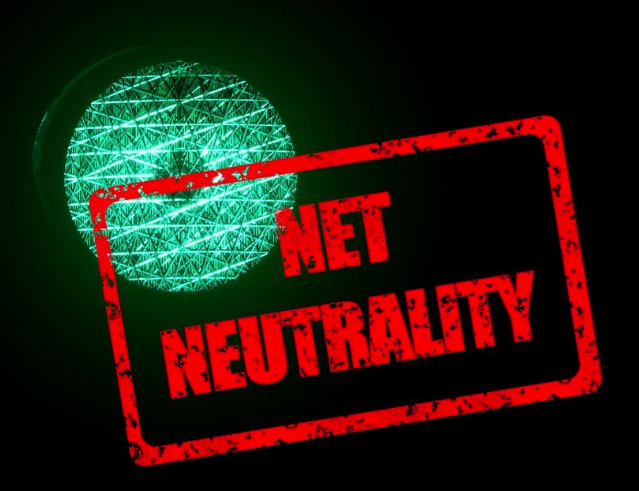 Last week the FCC repealed the Obama Administrations Net Neutrality that went into effect in 2015. And I am shocked. The earth continues to spin on its axis. The sun rises and sets. People are still able to email one another. Social media still thrives. Trump still tweets.

As usual the dire predictions of the apocalypse from the left were a bunch of hot air. Just like any number of the their previous attempts to scare people into submission like Climate Change, Obama Care repeal, tax cuts etc etc. After all, people will die! I don’t know why anyone would believe what they say anymore. None of their ridiculous predictions have come true. They all have one common theme though – more government control over our lives. And that is exactly what Net Neutrality was about. It is the complete opposite of what the media is reporting (surprise surprise). For years liberals in government wanted to get their hands on controlling the internet and were finally able to start the process with Net Neutrality. If that had been allowed to stay in place, the internet as we know it would cease to exist. The repeal RESTORED freedom, it didn’t take it away. Harry Khachatrian at the Daily Wire says it well:

“Enforcing “net neutrality” does the exact opposite of what its proponents claim. It results in an internet where a handful of large corporations have access to peering agreements with large transit providers (what some people refer to as “the fast lane”), and the rest are subject to far fewer options in terms of services, and even upon growing and gaining market share, will be denied the opportunity to shop around for different ISP plans that suit them best.”

As usual the Hollywood/entertainment left went nuts. If only they would spend as much time and effort into making GOOD movies as they do continually ranting about things they obviously know nothing about and making fools of themselves:

Mark Ruffalo: “What we have come to know by this move from the FCC is that @AjitPaiFCC is a rogue player. He has acted against the will of a major majority of the American people, left, right and center. He has financial conflicts of interest. He has flouted due process. He’s lost credibility.”

Kal Penn:”Ajit Pai is the worst kind of uncle”

Alyssa Milano: “”The FCC is handing the keys to the internet to a handful of multi-billion corporations.” -Commissioner Clybourn #NetNeutrality #SAVENETNEUTRALITY #TrumpBrokeTheInternet #AjitBrokeTheInternet

Dianne Feinstein: #NetNeutrality is the latest decision by the Trump administration in an effort to systematically repeal and destroy EVERYTHING we achieved over the last eight years. I’m concerned about any policy that could harm consumer access to the internet.

Yes, Senator Feinstein. That’s why “we the people” elected Donald Trump – to undo the incredible harm done to this country over the 8 years of Obama. You better get used to it. He’s not going anywhere.

There was also a viciousness that is all too common from the left today as well. Read the comments below and tell me who the “bullies” are?

Mia K. (@miakhalifa): “Kill yourself, @AjitPaiFCC. Before someone trying to run a dungeon on WoW and can’t access their server does it for you.” #NetNeutrality

Not everyone was against this ruling however.

From Yaël Ossowski, deputy director of the Consumer Choice Center:

“Today’s reclassification of the Internet by the FCC as a Title I information service will bring us back to the President Bill Clinton-era Internet “soft touch” rules which generated so much innovation and creativity online in the past 2 decades. Consumers will be better off, as companies will be able to invest more to serve the best products at the most reasonable prices. …The best thing for American consumers is for a more transparent, open Internet, free from governmental oversight and control like in so many oppressive countries throughout the world. The FCC made the right decision.”

If you want to see a detailed breakdown of the issue and a complete destruction of the left’s argument on Net Neutrality, the interview between Ali Velshi and Robert McDowell (former head of the FCC) is a must see.

The repealing of Net Neutrality is just one more step in restoring the freedoms Americans lost over the last eight years.