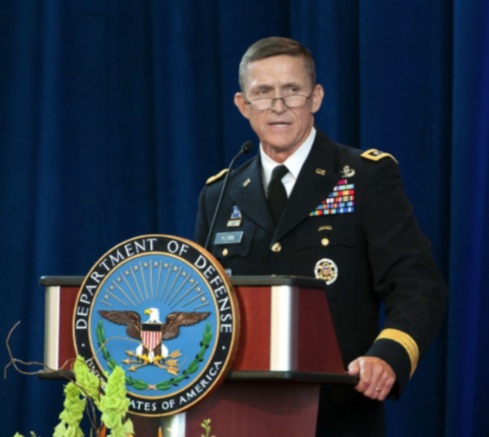 ABC news reported today that Michael Flynn has pleaded guilty to lying to the FBI and is ready to testify against Trump and his family. From Brian Ross:

“He has promised full cooperation to the Mueller team. He’s prepared to testify, we are told by a confidante, against President Trump, against members of the Trump family, and others in the White House.”

And the media is so happy. They can now get back on the Russian/Trump collusion story. It’s like watching a dog’s reaction to a squirrel. This is surely the beginning of the end for Trump they think. It’s just a matter of time before Mueller prosecutes him!

I imagine some Trump supporters were concerned when they heard this today. Don’t be. How many times have we heard this broken record? And each time nothing comes of it. The ABC report about Flynn flipping on Trump is sheer speculation. The word “confidante” is no more credible than “sources say” or “someone close to the investigation” or “reports say”. Reminds me of when Opie wondered about how to communicate with his birds and Andy said “Wynken will tell Blynken, Blynken will tell Nod, Nod will tell Barney and Barney will tell you.”

Andrew McCarthy, a former federal prosecutor, says this is not a big deal:

Nevertheless, as I explained in connection with George Papadopoulos (who also pled guilty in Mueller’s investigation for lying to the FBI), when a prosecutor has a cooperator who was an accomplice in a major criminal scheme, the cooperator is made to plead guilty to the scheme. This is critical because it proves the existence of the scheme. In his guilty-plea allocution (the part of a plea proceeding in which the defendant admits what he did that makes him guilty), the accomplice explains the scheme and the actions taken by himself and his co-conspirators to carry it out. This goes a long way toward proving the case against all of the subjects of the investigation.

That is not happening in Flynn’s situation. Instead, like Papadopoulos, he is being permitted to plead guilty to a mere process crime. A breaking report from ABC News indicates that Flynn is prepared to testify that Trump directed him to make contact with the Russians — initially to lay the groundwork for mutual efforts against ISIS in Syria. That, however, is exactly the sort of thing the incoming national-security adviser is supposed to do in a transition phase between administrations. If it were part of the basis for a “collusion” case arising out of Russia’s election meddling, then Flynn would not be pleading guilty to a process crime — he’d be pleading guilty to an espionage conspiracy.

Understand: If Flynn’s conversations with the Russian ambassador had evinced the existence of a quid pro quo collusion arrangement — that the Trump administration would ease or eliminate sanctions on Russia as a payback for Russia’s cyber-espionage against the Hillary Clinton campaign and the Democratic party — it would have been completely appropriate, even urgently necessary, for the Obama Justice Department to investigate Flynn. But if that had happened, Mueller would not be permitting Flynn to settle the case with a single count of lying to FBI agents. Instead, we would be looking at a major conspiracy indictment, and Flynn would be made to plead to far more serious offenses if he wanted a deal — cooperation in exchange for sentencing leniency.

Call me crazy, but I’ll take the advice of Andrew McCarthy over Brian Ross.

So relax and enjoy your Christmas preparations. The left can salivate all they want about it but it’s likely to turn to coal in their stockings.