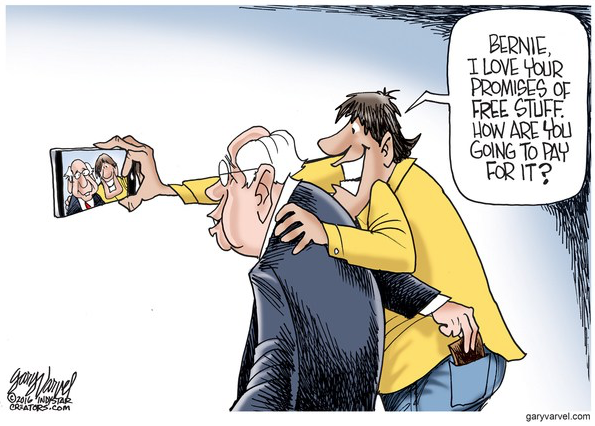 A recent study that looks to alarm the American taxpayer was released by Professor Daniel Kim, who studies public health at both Northeastern University and Paris Descartes University in France. The study looked at a modified Bernie Sanders plan that includes a higher marginal tax rate of 75 percent for those with incomes above $500,000 vs the currently debated GOP plan.

This study somehow came to the conclusion that the Trump plan would increase “inequality” and lead to an increase of 29,689 deaths per year from all causes. The Sanders plan he contends, decreased inequality and was projected to decrease the number of deaths from all causes by 31,302 annually.

Can you spell ALARMIST?

This is obviously to me, another attempt by a lifelong academic to push the leftist, big government, rich people are evil agenda in the name of big government. Kim, who is a public health advocate, attempts to scare us into believing that there is only one solution or choice in this matter. BIG GOVERNMENT!

The problem with these academics is that they lack a basic understanding of economics and human nature.

A tax rate that punishes the wealthy with an unreasonable top tax rate of 75% for people earning over 500,000 dollars a year, will only result in a mass exodus of successful productive citizens from the United States to friendlier taxation and regulatory climates abroad.

One of the points I make is that in 2015 we collected a record 3.6 trillion dollars in tax revenue. In that same year we managed to spend a total of 4.2 trillion creating a 600 billion dollar deficit.

If we seized the assets of America’s 565 Billionaires we could only close deficits for a little over a year or so. The Bernie tax plan calls for 75% of yearly income to be collected which would be substantially less than seizing all assets.

We have created a big government system of subsidies for the health insurance industry while also enacting competition crushing regulations.

The only thing that will “save lives” is a free market where competing companies attempt to gain the business of the citizenry through providing better services for a cheaper rate.

The Dangerous Insanity of Illegal Immigration

Update on #PuertoRico with Julio Rivera